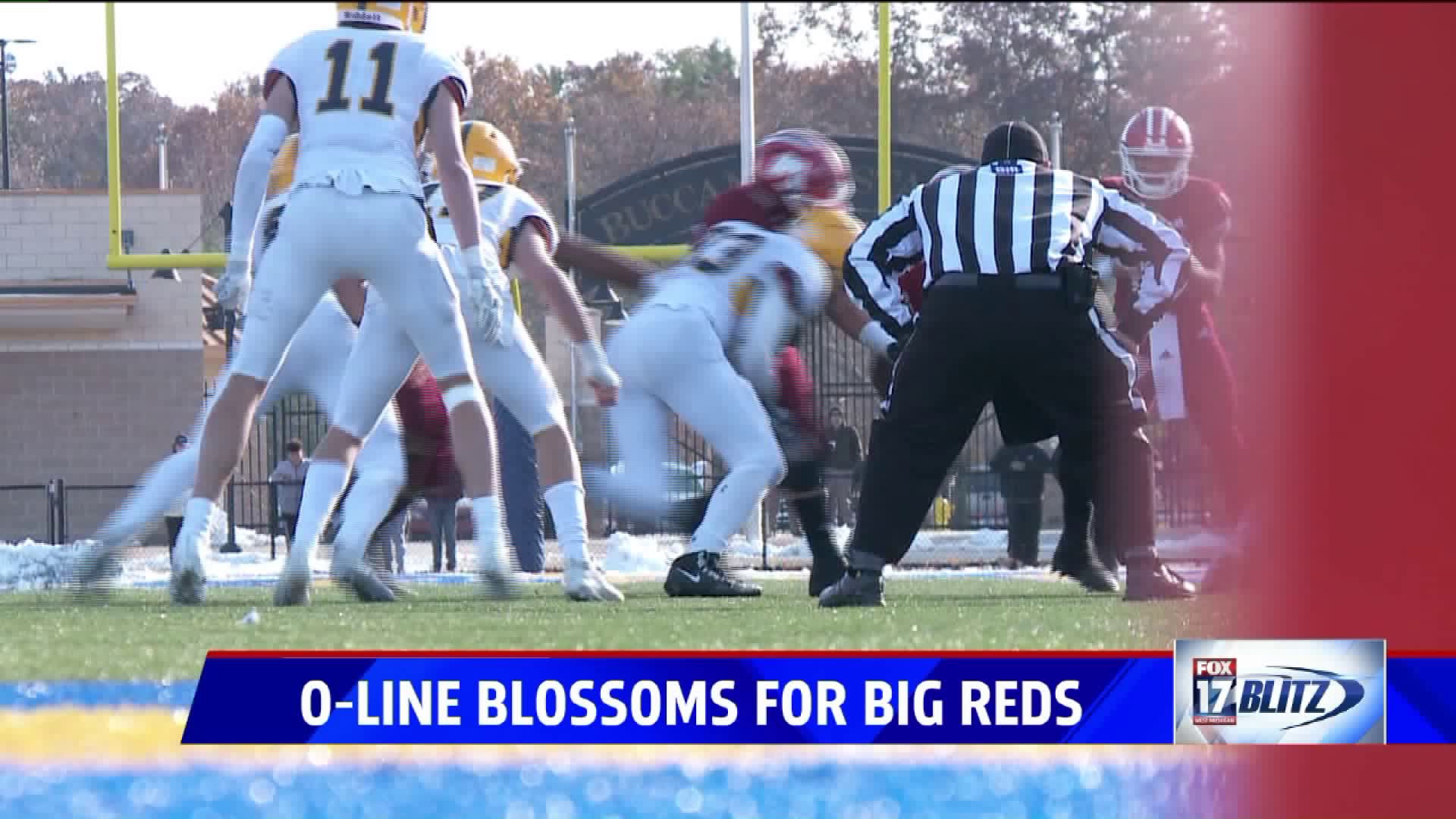 MUSKEGON, Mich. -- The offensive line may have been Muskegon's biggest question when the season started.

The Big Reds graduated four starters from last season's team and have been starting two sophomores up front.

"Everything is always different when you go from playing with some very experienced guys to some younger guys," senior center Deandre Mills-Ellis said. "You have to coach up but as far as physicality they have progressed a lot. How we are playing as a unit, it is wonderful at this point in the season."

Mills-Ellis is a three year starter and is 39-1 as a varsity football player for Muskegon.

"It was good just to have him leadership wise," senior quarterback Cam Martinez said. "Just helping those young guys get going and that's what we have been doing all year. It took us awhile to get going a little bit once it got a chance to sink in a little bit then we have just been running away with it."

With a win Saturday, the Big Reds will reach the state championship four straight years for the first time in school history.