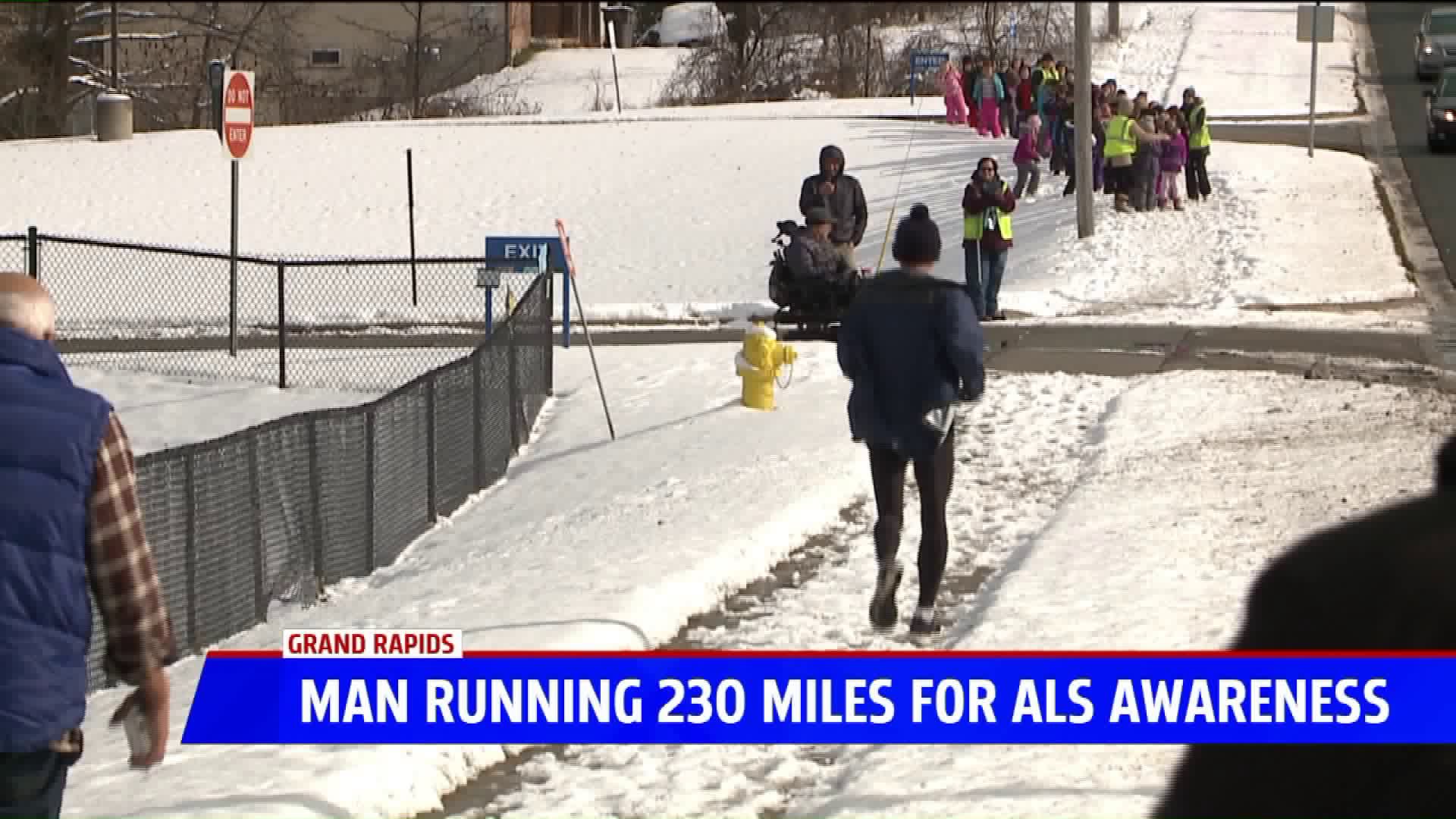 WALKER, Mich. — A 58-year-old man is running a marathon every day for over a week to make a point about a deadly disease his younger brother is suffering.

“I’m doing this run mostly because I love my brother and secondly, because I hate ALS," James Frank said.

Frank's brother Jerry was diagnosed with amyotrophic lateral sclerosis disease two and a half years ago. He's now in a wheelchair and depends on family to help him as his ALS progresses.

On Tuesday, Frank marked his 33rd mile out of his 230-mile goal as he went past Walker Charter Academy. Cheering him on were dozens of young students.

Jerry Frank and their father were also there.

“I’m humbled every day, really, to think about it," Jerry Frank said.

When James Frank told his brother he planned to run from Muskegon to Port Huron, he was astounded.

James Frank is determined to raise awareness for the disease and encourage people to donate to the Susan Mast ALS Foundation.

Though he didn't anticipate there would be snow on the ground and temperatures hovering near freezing, James Frank said his 230-mile journey is far easier than his brother's.

“The incredible thing is, his spirit is way stronger than mine. I got the easy part. Running this stuff, piece of cake," James Frank said. “Minor inconveniences, snow and ice, wind, that’s nothing. Dealing with ALS every day, that’s a tough thing to do.”

To protect his knees from injury, James Frank is doing two 10-mile runs and one 6.2 mile run per day. He said he fuels himself with power bars and peanut butter.

When it gets tough, James Frank said he thinks about his brothers. The family lost their brother Mike to an opioid addiction.

Jerry Frank said he's grateful for the support he's gotten from the Susan Mast ALS Foundation. He credits them for his motorized wheelchair and other equipment that helps him as his disease progresses.