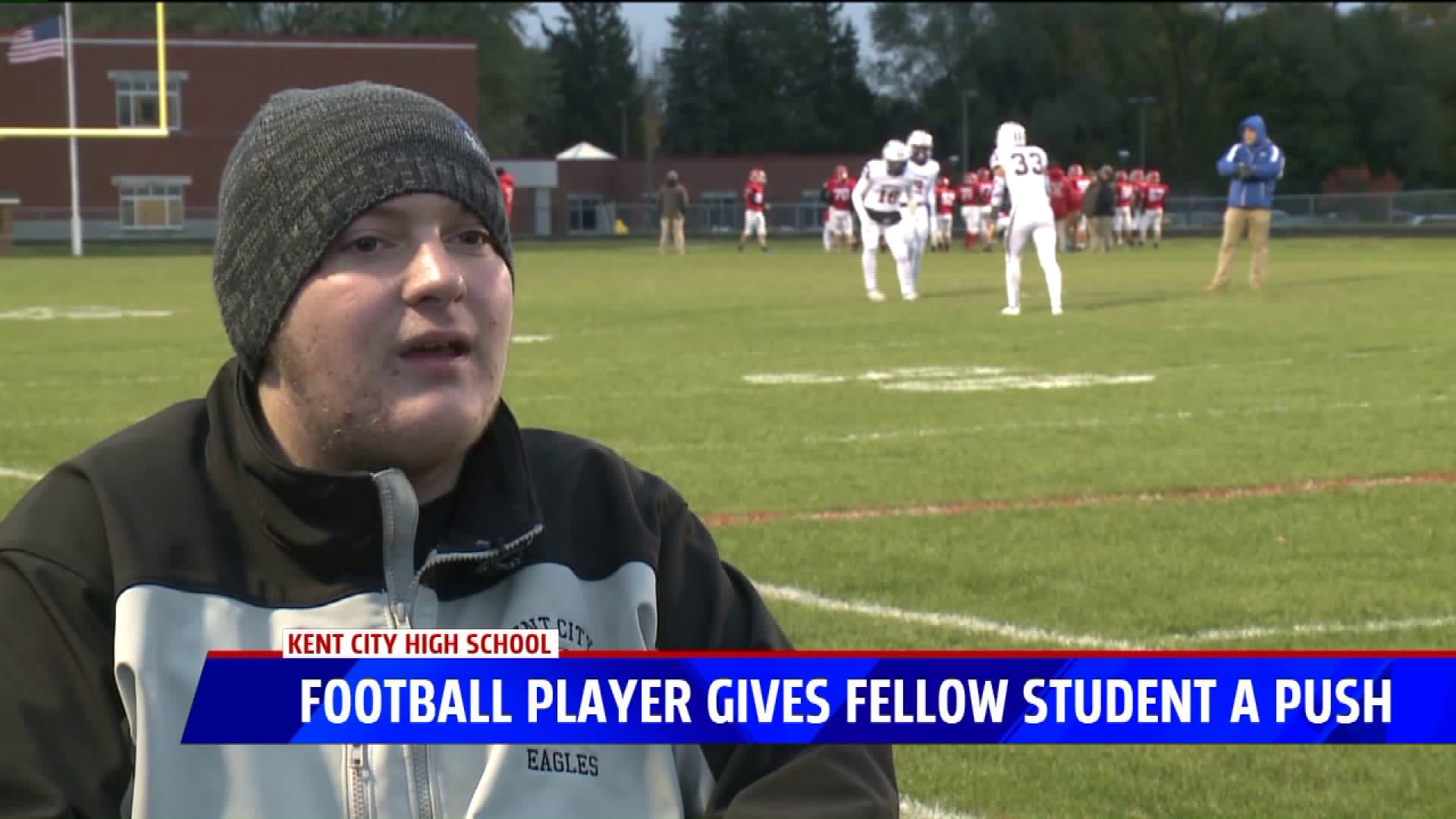 KENT CITY, Mich. — A football player has been pushing his friend who uses a wheelchair throughout the marching band season.

Both William Oberg and Logan McVicker are sophomores at Kent City High School. They originally met when the two were in Boy Scouts together in sixth grade.

McVicker and Oberg also marched in the band together during their freshman year. Oberg, who has been diagnosed with spina bifida, uses a wheelchair.

Last season, Oberg didn't have anyone to push him and mostly had to sit in the sidelines while the band performed their drills. This year though, McVicker volunteered to be Oberg's pusher.

Together, the two have been to every practice, every game and competition throughout the 2019 season.

"It's definitely been challenging," said McVicker. "He told me that he wanted to be marching on the field,  so I figured I might as well be the first one."

McVicker said the most difficult part is knowing where Oberg should be at all times and making sure he's in the right spot. Oberg puts on an attachment to his wheelchair that acts like a third wheel.

The attachment is designed for off-roading and makes it easier for McVicker to push Oberg through grass or turf.

"Marching band is a real fun activity," said Oberg. "You got to know a lot of people. You get to know people in our school. Logan's a nice guy because he's just a real friend."

Band Director Jonathan Schnicke says they paid special attention where they were going to put Oberg and McVicker during each drill to make the combination possible on the field.

"The team of them together is truly symbiotic," said Schnicke. "The way they work together that way. We've had to adjust anything because we have the right kids in the right spot, and they are working their tails off."

Oberg and McVicker will compete on Saturday in the state championships in Detroit.