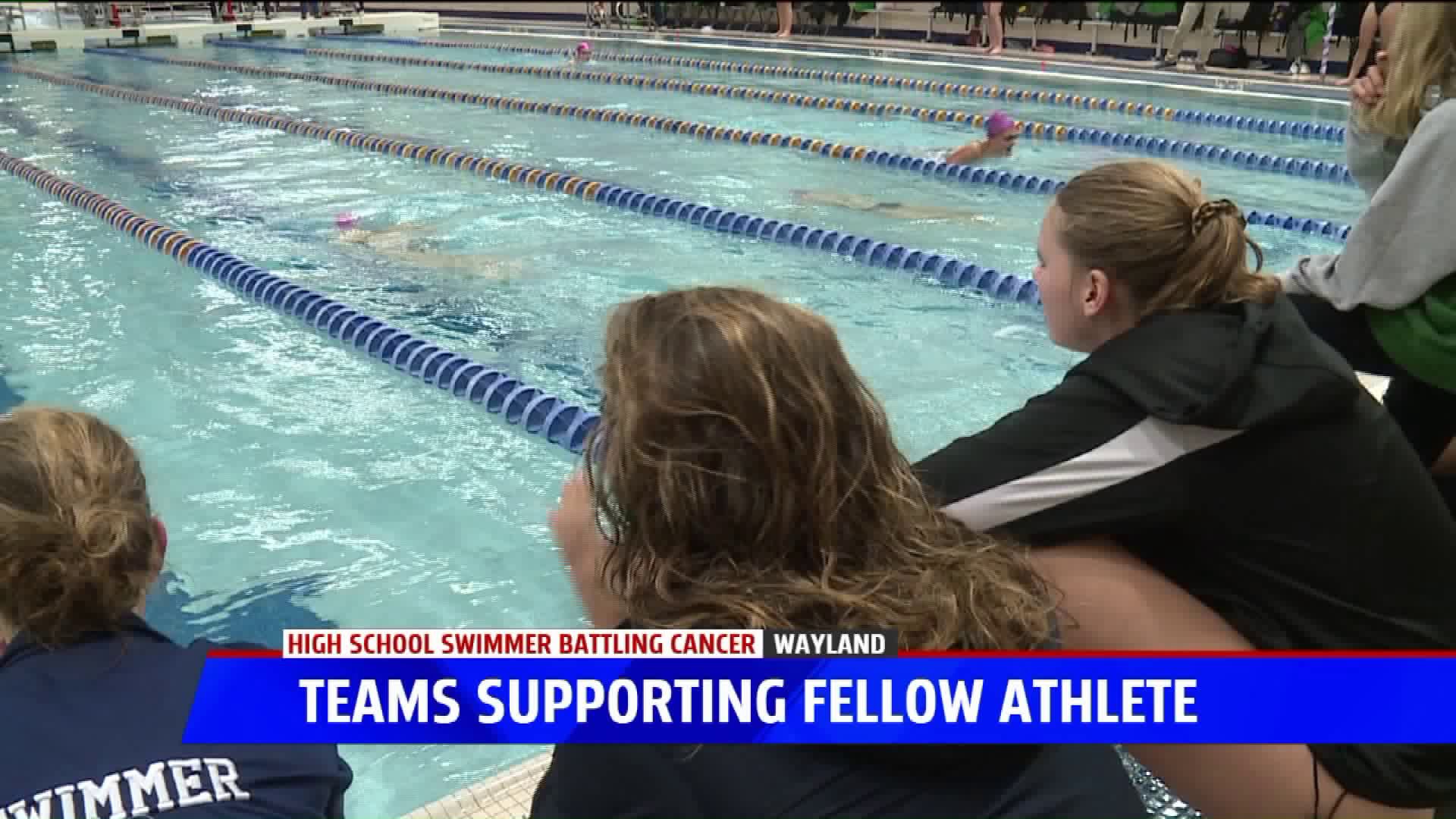 HASTINGS, Mich. - A junior at Thornapple Kellog High School is battling cancer as she finishes the swim season with her team.

Lydia Cole has been swimming for the past 11 years and throughout her high school career.

In May, she was diagnosed with a rare form of pancreatic cancer. Cole first complained of a pain in her side. Doctors soon discovered a type of cancer called well-differentiated neuroendocrine tumors, which means she has one big tumor on her pancreas and others on her liver.

"I'm just really happy that I made it through the entire season," says Cole, who originally wasn't sure how the chemotherapy would impact her swimming ability.

"I'm strong enough to do it right now, so I think knowing I can do it and not knowing what I'll be able to do in the future, makes me want to do it more," says Cole. "It's very helpful. It's a distraction to keep my mind off of it."

On Thursday evening, Cole with her team - made up of swimmers from Thornapple Kellogg and Hastings - competed against Wayland in a meet dedicated to cancer awareness. All the proceeds are going to the Cole family and medical treatment.

Her parents have continued to time every home meet when their daughter competes.

"It's been comforting actually," said Ryan Cole, Lydia's father. "She is not really having the pains that she was before. She is able to go through life normally."

"She smiles all the time," said her former coach, Mike Schipper, who watched from the sidelines. "I don't think I could be that way. I wouldn't be as strong or as optimistic as she is. She just is, it's her personality."

If you would like to donate to Lydia's medical costs, you can do so here.