State finals berth years in the making for Thornapple Kellogg 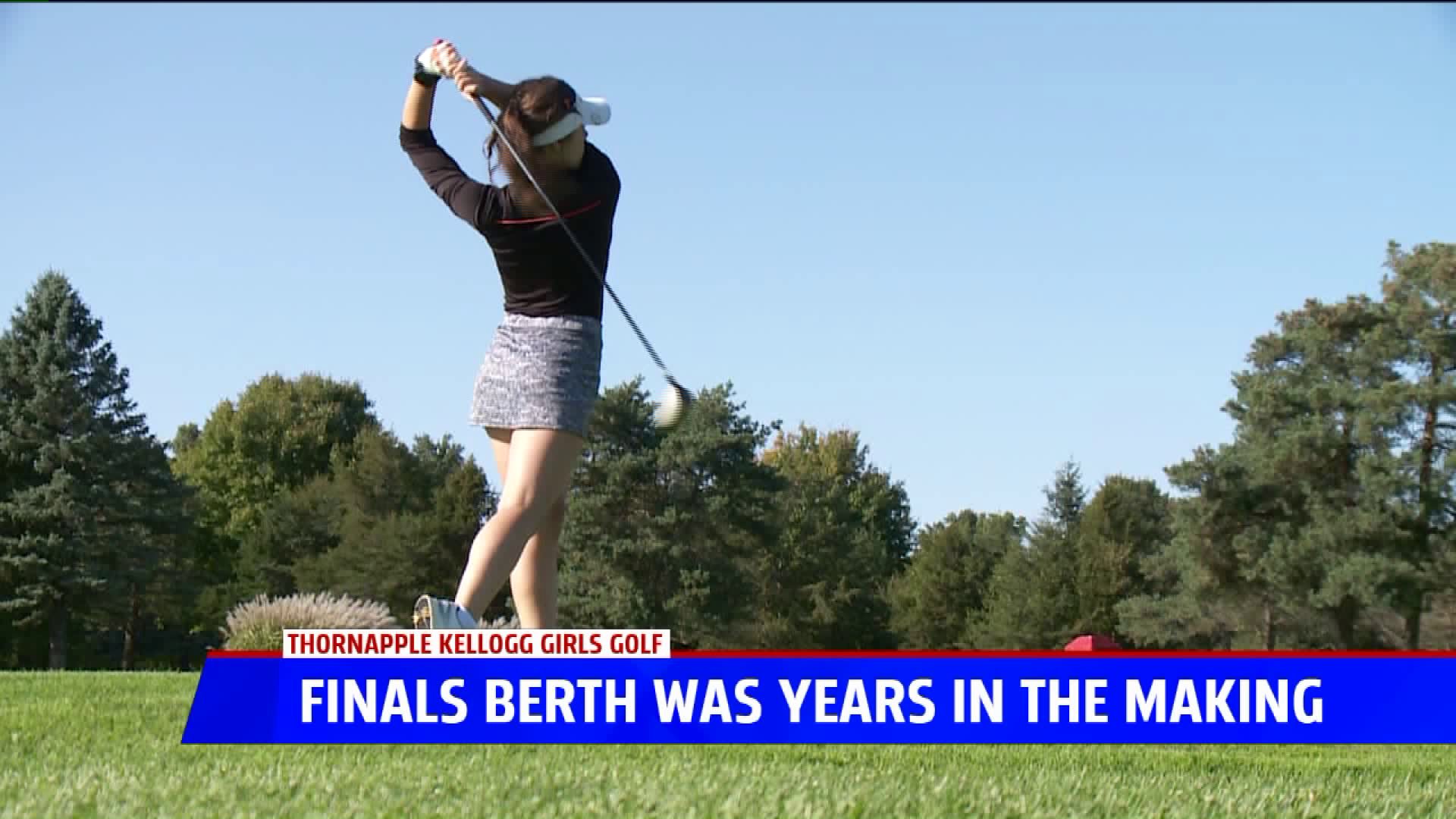 The Trojans make states for the first time since 2005

MIDDLEVILLE,Mich. -- Three years ago, the Thornapple Kellogg girls golf team featured a bunch of freshman on the varsity. Two years prior to that, those same girls had ideas of what they wanted to accomplish when they got to high school.

"About 7th grade, we all started playing together, and it was a realization we had that we are all going to be on the golf team together," TK senior Claire Jansma said. "We were just really excited that we were going to have this opportunity."

Monday, the Trojans finished third at the Division 2 regionals in Portage, three strokes out of first and good enough to qualify for the state finals for the first time since 2005.

"I'm going to enjoy it a lot," TK senior Anna Harmens said. "I feel like I speak for the majority of the seniors when I say that we weren't ready to be done."

Qualifying for states is not a surprise. The Trojans are ranked fourth in the state and won the OK Gold this season after finishing second to South Christian last year.

"I think it was more experience but also having confidence," TK senior Anna Kaminski said. "Last year we were very unsure. We were still quite young. But this year we kind of came in, we were like, Yep we've played the courses before, we know what we are doing. We are just veterans at that point.'"

The conference title was TK's first in 18 years.

"It is kind of like taking that next step," TK junior Paige Vanstee said. "So I was pretty happy about it, just pushing forward and working hard for what we want."

"Our conference is outstanding. There is a number of really, really good teams," head coach Bob Kaminski added. "We expect a number of them probably to make it to the state finals themselves when they go through regionals, and a good achievement for us."

Now it is off to Forest Akers East at Michigan State University next October 11 and 12, and for this group, the pressure is off.

Anna Kaminski says, "I think I'm going to just enjoy every moment of it. At this point it is not as much about winning, it is just about having fun and the experience. So I am really looking forward to it."