Michigan is the first state to ban flavored e-cigs 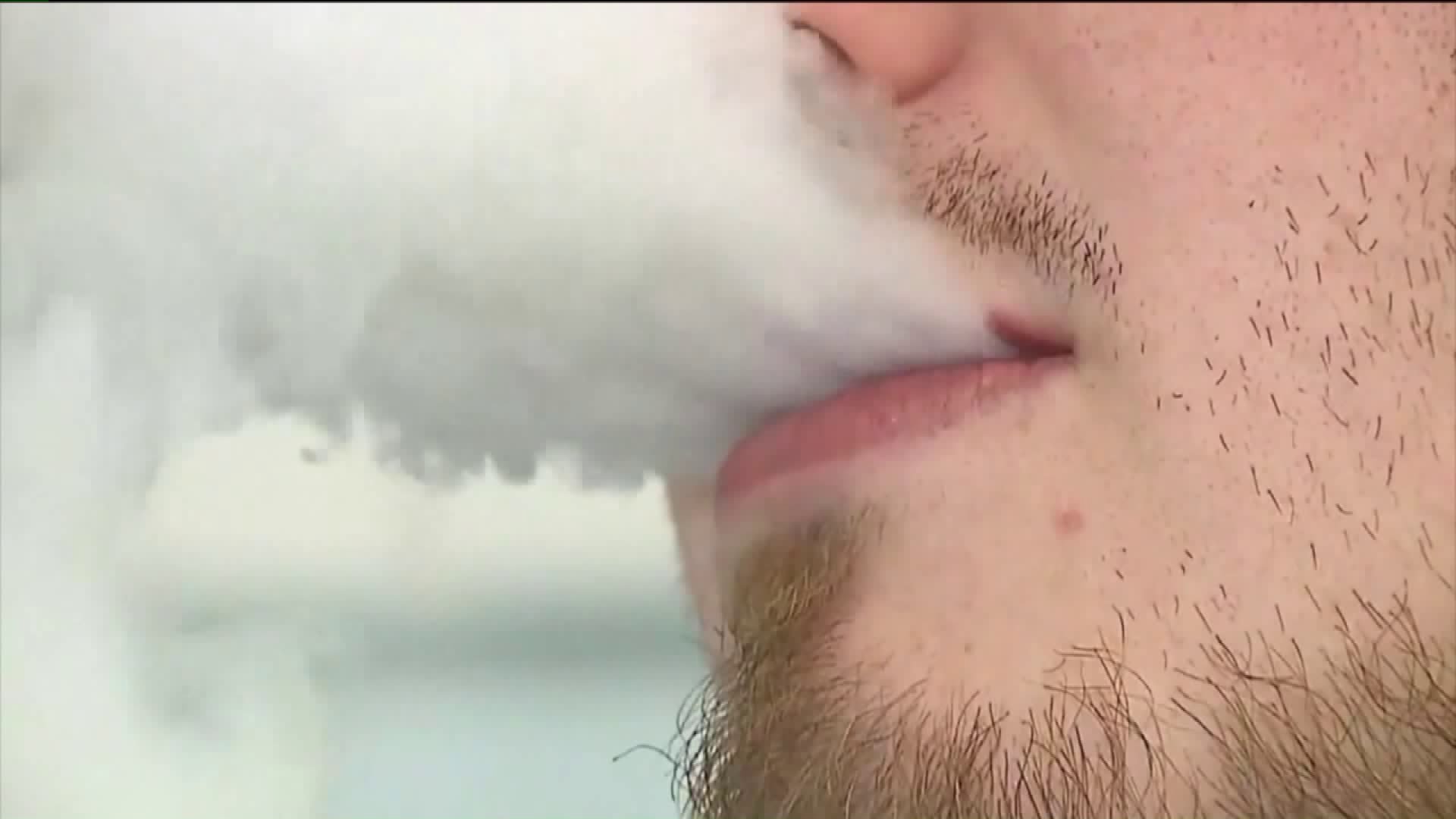 “As governor, my number one priority is keeping our kids safe,” Whitmer said in a tweet Wednesday morning. “And right now, companies selling vaping products are using candy flavors to hook children on nicotine and misleading claims to promote the belief that these products are safe. That ends today."

The emergency rules will go into effect in the coming weeks. Once that happens, businesses will have 30 days to comply.

Whitmer ordered the Michigan Department of Health and Human Services to ban the sale of these products in retail stores and online. The rules will also ban "misleading" marketing of vaping products, including the use of terms like “clean,” “safe,” and “healthy” that perpetuate beliefs that these products are harmless, according to a news release from the governor's office.

As part of the decision, the Michigan Department of Transportation must enforce an existing statute to ban the advertising of vapor products on billboards.

Nancy Brown, the CEO of the American Heart Association backs the move, claiming the Food and Drug Administration hasn't done enough to regulate these products.

"What we do know is nicotine is highly addictive and has adverse effects on the developing brain, and flavors strongly appeal to youth," Brown said.

Dr. Lisa Lowery at Spectrum Health specializes in adolescent medicine and said she's had patients as young as 11 years old admit to vaping.

At Smoke at Vape Depot in Grand Rapids, manager Oscar Villegas said the majority of his customers are people who turn to vaping as a way to quit smoking cigarettes.

“In my opinion, it’s a way healthier alternative," Villegas said. “It actually does work, like we’ve had a lot of new customers recently and for that same reason they come right back.”

He said under the new ban, the majority of the store's inventory would be illegal. By Wednesday afternoon, Villegas already had customers coming into the store to stock up on the products that will soon be outlawed.

Gregory Conley, the president of the American Vaping Association released a statement saying in part:

“This shameless attempt at backdoor prohibition will close down several hundred Michigan small businesses and could send tens of thousands of ex-smokers back to deadly combustible cigarettes. These businesses and their customers will not go down without a fight. We look forward to supporting the lawsuits that now appear necessary to protect the right of adults to access these harm reduction products.”

Lowery isn't convinced that vaping helps people who are already addicted to nicotine.

“We’re putting chemicals in our lungs," Lowery said. "People don’t realize our lungs, that’s how we get stuff into our body, the air. It’s a barrier.”

She said she was thrilled to learn about the ban.

“I am excited that Michigan is taking the lead on banning the flavoring for e-cigarettes," Lowery said. "It’s awesome.”

A spokesperson for a chain of vape shops in West Michigan praised Whitmer for taking on the issue of underage vaping, but said this move goes too far. Michael Ames with Joost Vapor released a statement saying in part:

"Instead of initiating emergency powers that are bound to have drastic effects to many employees statewide and thousands of consumers, it would be more effective to work in a collaborative effort with our elected officials and industry leaders to combat the actual causes and offenders leading to underage nicotine use."

Ames said the ban will punish an entire industry.

Since the announcement Wednesday morning, Whitmer has gotten praise from the Michigan Association for Local Public Health, the Michigan League for Public Policy and Michigan Attorney General Dana Nessel.