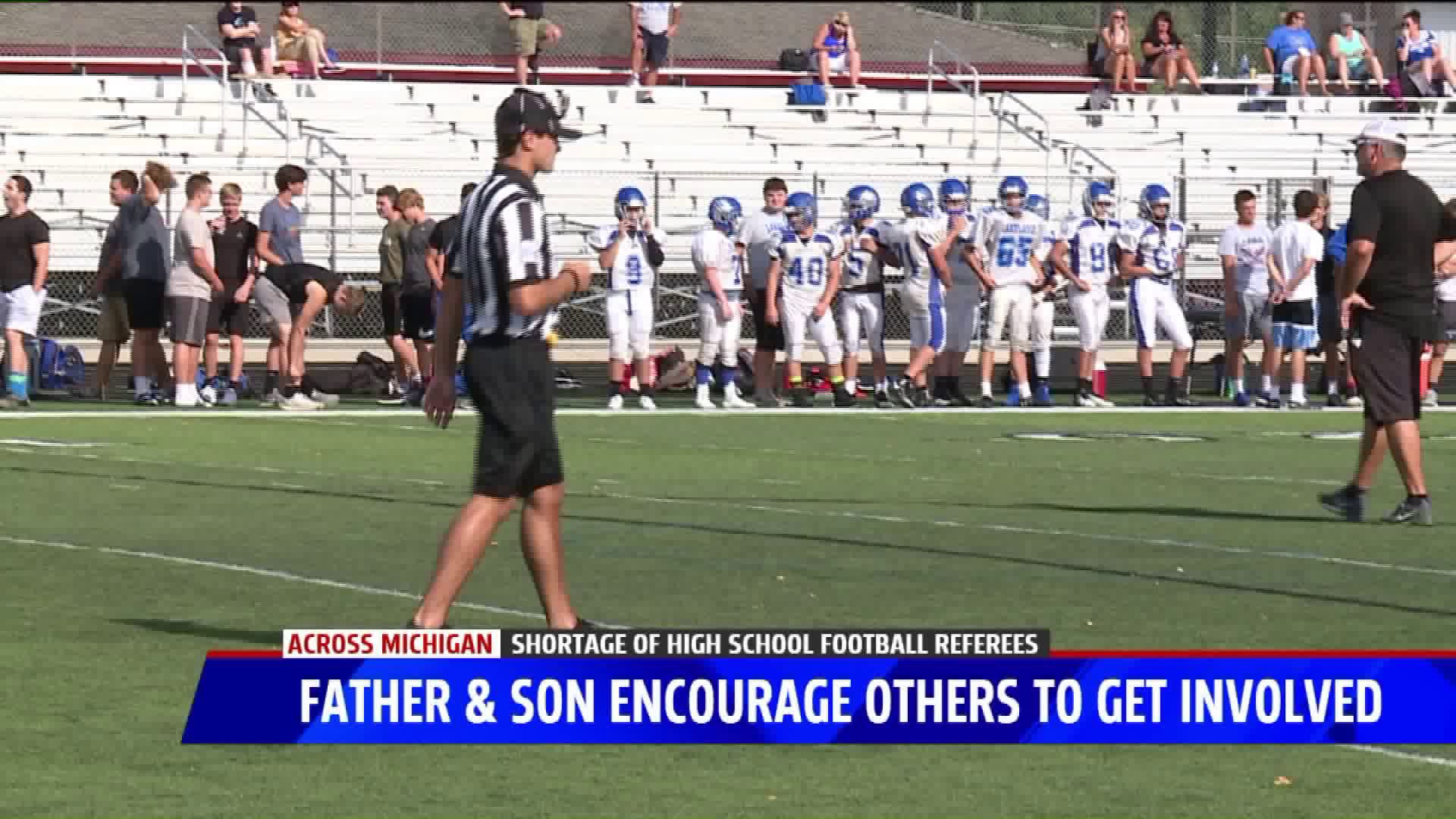 But that's not the norm. Every year, the Michigan High School Athletic Association struggles to replace referees that are aging out of the practice.

“Some of the parents and the coaches, their attitudes toward the officials, we kind of get locked in, in a mode where winning is everything,” OK Conference officiating supervisor Brad Burnet said.

Those attitudes means referees don't always get treated the best.

But it will take more than some mean parents or coaches to scare away a Paganelli. Jake's dad, Dino, is an NFL official and his grandfather Carl also officiated professionally.

So it's safe to say he's not intimidated by the potential of upsetting parents or coaches.

“It just doesn’t get to me as much as you think it would," Paganelli said.

Paganelli is one of 17 new recruits to the Greater Grand Rapids Officiating Association. But they are always in need of more help.

Most often, smaller school districts in rural areas have a harder time filling slots as well. Union City has already had to reschedule one of their football games due to a lack of officials.