Parents weigh in on cellphone ban ahead of school year 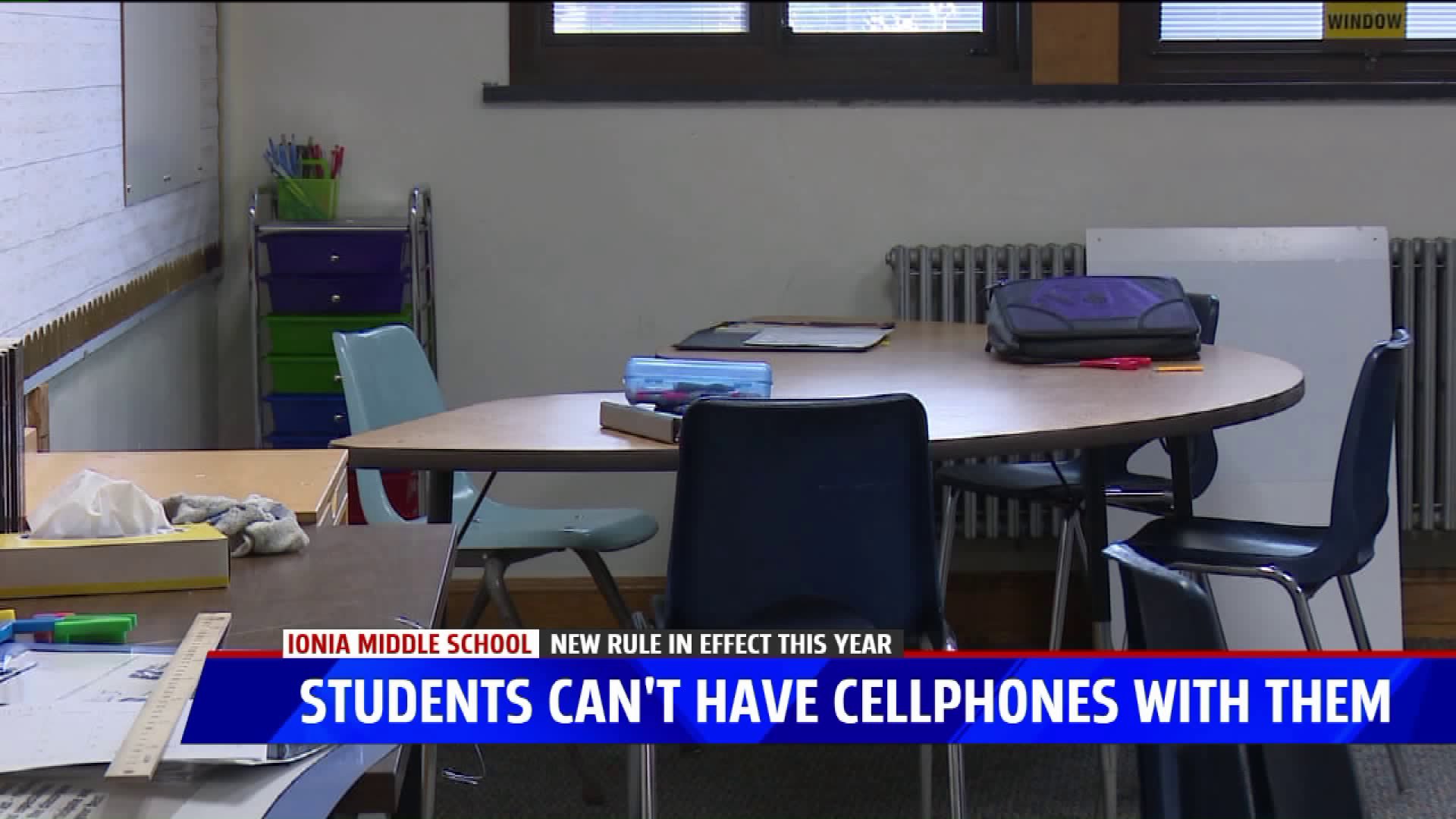 The Ionia Board of Education decided earlier in the summer to ban cellphones during school hours at Ionia Middle School for the upcoming year. Any student seen using a phone will have it confiscated and a parent will have to retrieve it from the school office.

The student will not be able to get the phone back on their own.

"Our responsibility as a school district is to make sure that we are educating our kids both socially and academically," said Principal Wayne Piercefield III. "As a staff, we are just realizing that the cellphones are becoming a bigger and bigger barrier to their success."

Piercefield says about 80 to 90 percent of the response they have received about the new policy has been positive.

"I think it's a good idea," said Kim Glick, a parent within the school system. "It will keep the students occupied with the things they have to do and not worry about their dings and their buzzers and concentrate on what is more important."

"There was a time before cellphones,” said another parent, Crystal Sinclair. "We survived it. We were fine."

Other parents suggested a less extreme approach such as having students turn off the phones during the day but allow them in their backpacks. Another suggestion included confiscating the devices if they were seen out during class.

"Very mixed opinions on it," said parent Amber Maroulis. "I love the fact that they don't want the kids to be distracted but in the world we live in, it's nice for them to have access to their phones in case of emergencies."

The school says students can still use the office phones to contact their parents. In the case of an emergency, Principal Piercefield says teachers are trained and they will contact families.

Ionia Middle School is not alone. The Forest Hills School District has a similar rule for the 2019-2020 school year as well.