Forest Hills Central to lean on experience offensive line in 2019 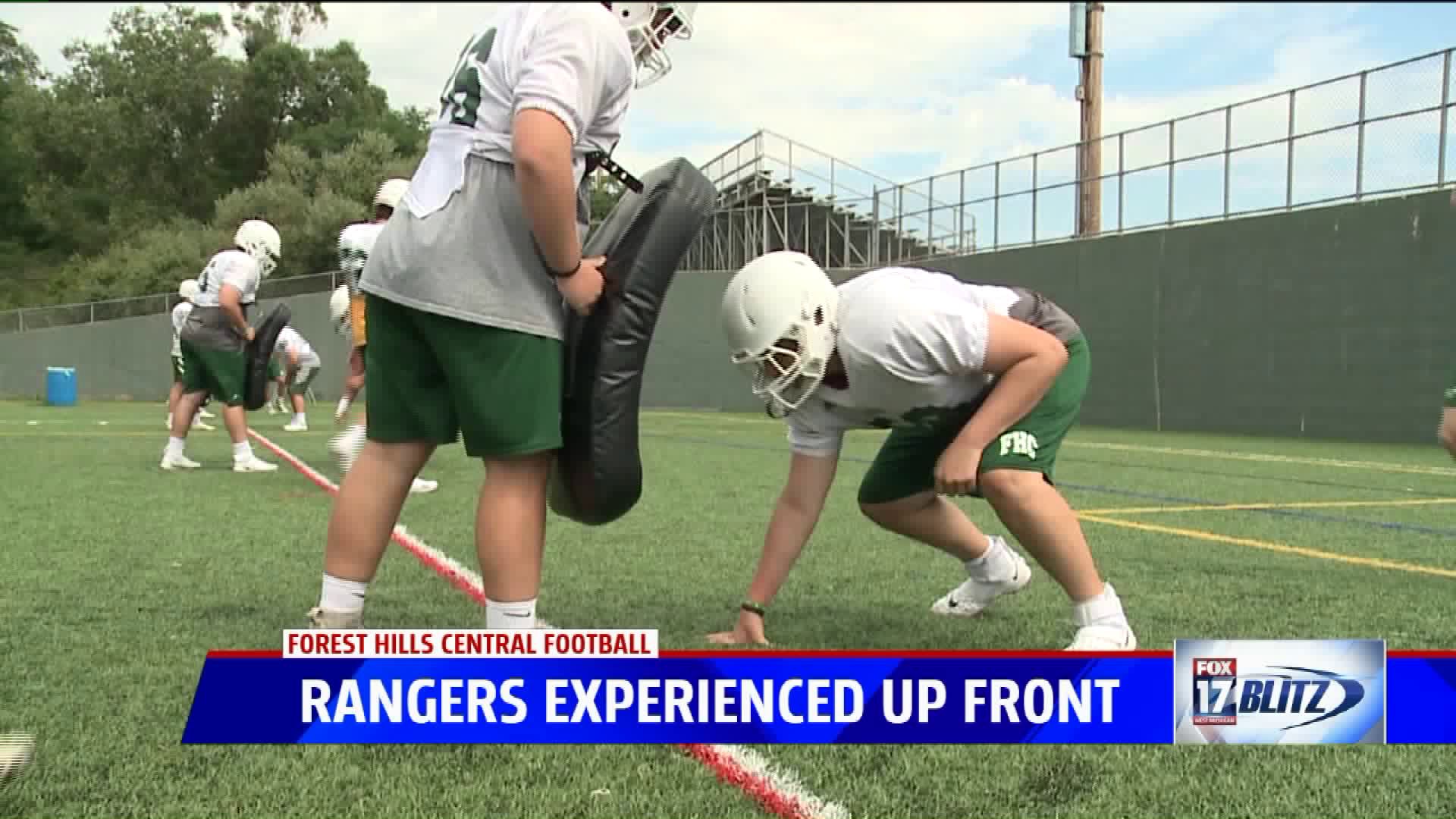 This season, the program will boast four seniors along the offensive line as Rogers hopes to lean up in the trenches.

"The trenches are the people that get hit first," senior lineman Brandon Weiskopf mentioned. "I think we're the first line. If you have the more mature guys and people who can lead the way there, then I think everyone else follows and gets it done."

"That's always the number one unit on your football team," Rogers said. "Every high school football coach across the country is concerned about the offensive line, to have some veterans coming back. They got some valuable playing time last year. It's really invaluable. We're way ahead of where we were a year ago."

Two players that will start on both sides of the ball are Weiskopf and Sam Vanderiet, who will play offensive tackle and defensive end.

Not only will the team lean on the seniors on the field, they will need to play a big role off of the field as well, hoping to lead the Rangers to another deep playoff run.

"Leadership is a great difference-maker when it comes to things like this," Vanderiet added, "especially in an aspect where you're leading a large mass of people trying to do the right thing. You have to have good leaders."

Forest Hills Central begins the season on Aug. 30 against Jenison.