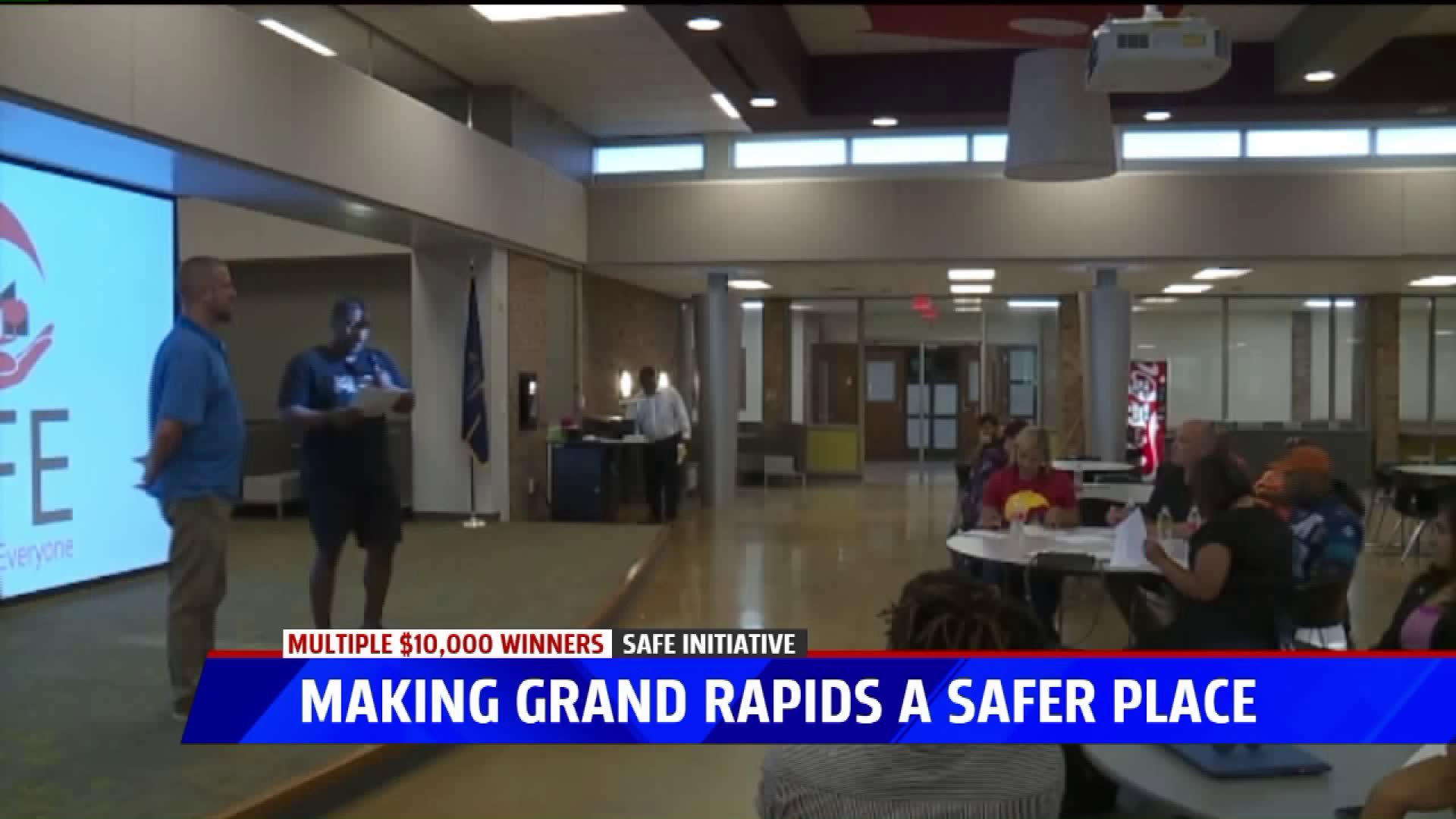 GRAND RAPIDS, Mich. -- Community members got the chance to ask the city for money Thursday night as part of the SAFE program aimed at ending violence in Grand Rapids.

People who pitch ideas can win up to $10,000 for their organization.

“It’s so important for the city to take interest in grass roots movements, because we really have the ability to reduce some of the gun violence if we’re supported in the capacity we need,” said Chris Sain, the winner of pitch night.

“It feels good to be appreciated for the work we do, and have the opportunity to expand what we’re doing,” Duncan said.

The art program will be housed at MUSE, and is the starting money for ongoing eight-week music education programs for at-risk youth.

“This means that kids have a voice, to artistically express themselves,” Duncan said.

Marvin Ray won $5,000 for his organization Clean And Sober Support.

“We’re going to get the whole community to come out for a free picnic, and we’re going to have resources there to help kids get jobs,” Marvin Ray said.

Ray says when kids see their parents out in the community getting along, good things happen.

“So we have to get all the kids together, so they can see us getting along, and therefore, they’ll stop fighting each other,” Ray said.

Zachary Harris, another winner with Galaxy Consulting Group, teaches how to stop violence before it starts.

“What we’re doing, is getting the information out there and teaching and training people how de-escalation is the key way we can curb some of this violence,” Harris said.

Chris Sain also won $10,000. His organization will employ young people to keep them out of trouble.

“We’re hoping to provide employment opportunities with the $10,000 to occupy their time, keep them off the street, put money in their pocket, to help them not have to resort to gun violence,” Sain said.

They're starting a new basketball league, to bring together groups of people who wouldn't normally meet.

The next pitch night will likely be in December.