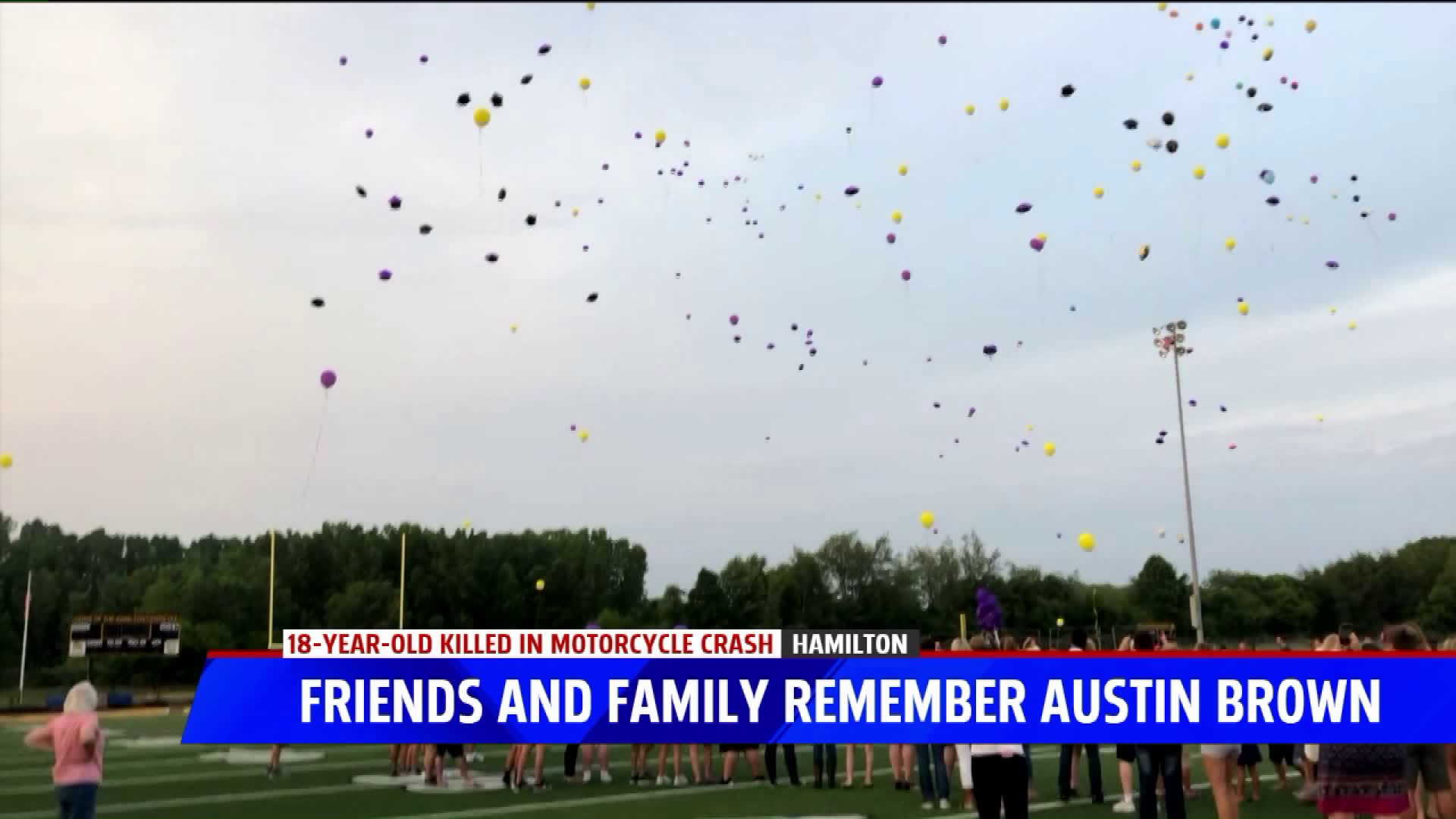 The 18-year-old died July 21st, after crashing his motorcycle off 118th Avenue and 37th Street in Valley Township. Police say he failed to stop at the dead-end road, went into an embankment and hit several trees.

Brown died at the scene, his female passenger was hospitalized with serious injuries.

Brown was a member of the swim team and according to coaches, was going to be diving at Wayne State University on a scholarship.

"Austin was a daredevil he was just an ostentatious kid that got everyone laughing, he had a great heart," said Head Varsity Swim Coach Eric Talsma. "We really take pride in the community we have in Hamilton and he really exemplified that for all of us."

Balloons were released during Sunday's vigil, which was held on Hamilton's football field.

A GoFundMe page for memorial expenses has raised about $18,000.