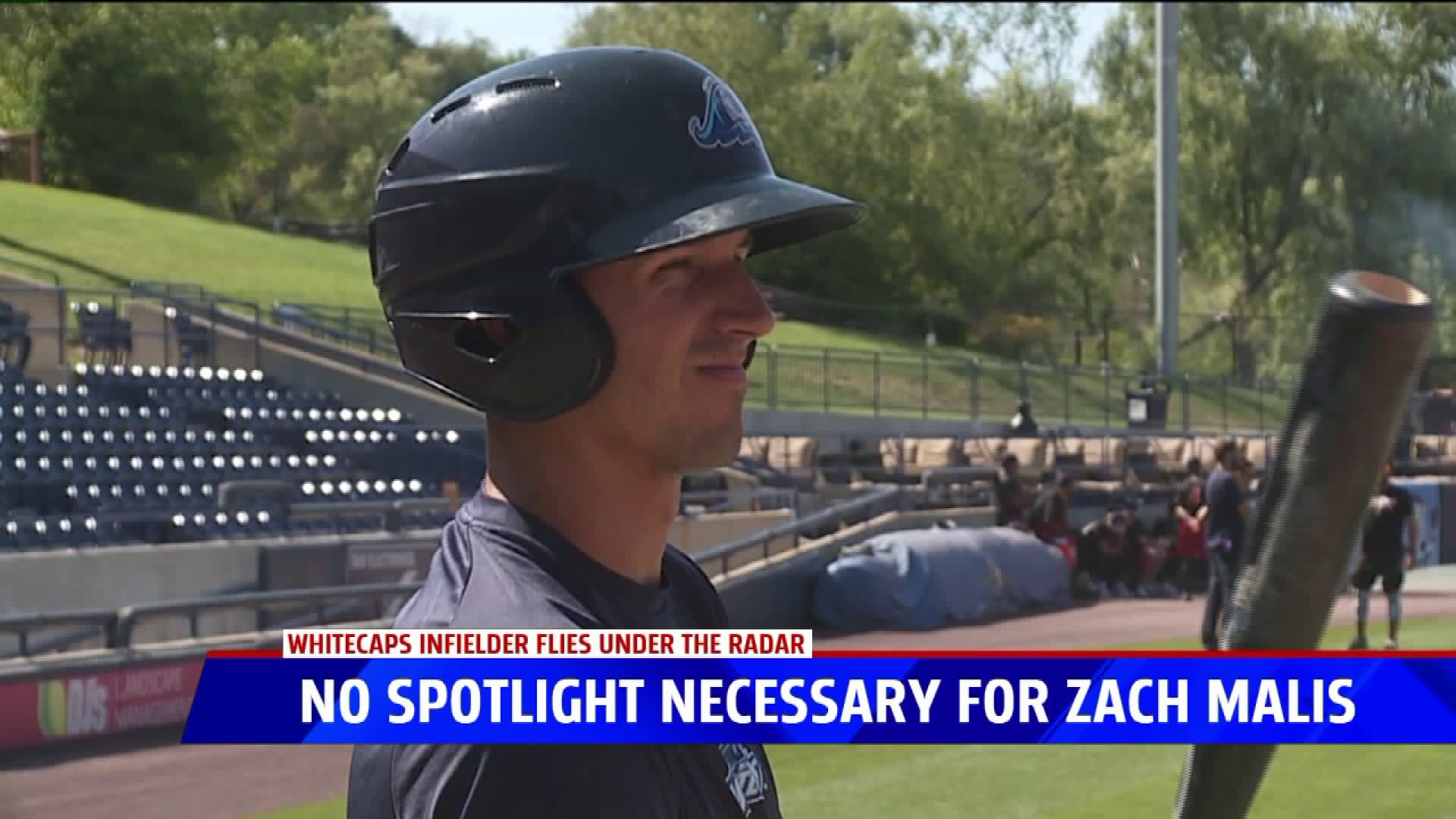 COMSTOCK PARK, Mich -- Zach Malis has not had a short or easy journey to West Michigan.

"I've spent the last year in Florida trying to work my way up here," Malis said.

After being drafted in the 24th round of the 2018 MLB Draft by the Tigers, Malis was assigned to the Gulf Coast League. He not only finished last season in the GCL but was there until June 4th of this season, when he was promoted to West Michigan.

"It's been really fun for me to get an opportunity to play in an affiliate to play games that feel like they matter more," added Malis. "Extended spring training was good, it has its purpose but the games are all exhibition, it's fun to play for a division or for a league championship."

The Tucson Arizona native attended Grand Canyon University to play baseball and admits he's a guy that has been overlooked a lot.

"Coming out of high school I wasn't one of those big recruits, it's kind of similar here, I wasn't a super high draft guy, wasn't a big prospect or anything, kind of a similar feeling. I'm happy with the opportunity I've gotten and I'm trying to run with it."

It wasn't an easy transition from rookie ball to West Michigan for Malis but he's began to heat up a bit with six RBI in his last eight games, entering Monday.

"Some of these guys we get from the lower levels just haven't had an opportunity to play a whole lot," Whitecaps manager Lance Parrish said. "When he came up from Florida in the GCL, they weren't playing a lot of games but he's slowly coming around and coming up with some big hits for us, plays great defense and has played very well at first base."

Whitecaps hitting coach John Vander Wal says Malis is one of the most mature guys in the clubhouse and also notes how much he wants to compete and of course, make the playoffs.

"We got some new life in the second half," Malis continued, "after a rough first half, it's another chance to get in the playoffs and I think that's given us some life in the clubhouse, there's hope and we're just trying to compete for some postseason opportunities."

Malis has come up with some clutch hits and RBI for the 'Caps in the past few weeks, he'll hope to keep that going as the team hits the road for the next six games.