Inside the radio booth with the voice of the Whitecaps, Dan Hasty 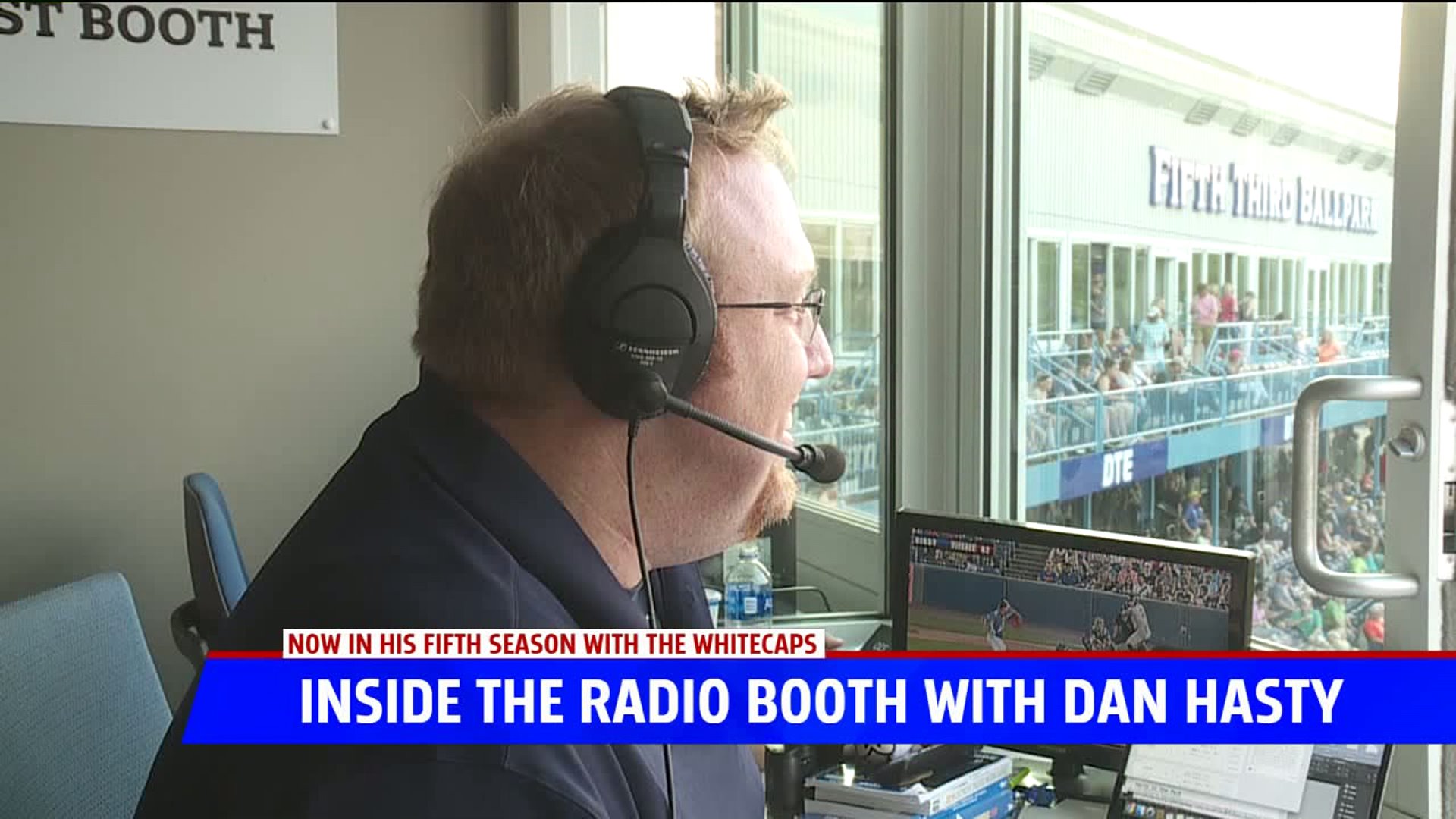 COMSTOCK PARK, Mich -- Few people understand the grind of Minor League baseball or what it's like to live on a bus and at a ballpark all summer long, however, Whitecaps radio voice, Dan Hasty does.

"The bus trips are awful," Hasty laughed, "no the road trips are fine."

For many players, West Michigan is hopefully just a short stop on the journey to the major leagues but for Whitecaps broadcaster, Dan Hasty, it has become his home.

Hasty is now in his fifth season in the Whitecaps radio booth, while many broadcasters are getting burnt out or finding another career, Hasty still brings a smile to the park every day.

"It's a tough industry to stay in, it's a very difficult industry but it's so rewarding, the chance to come out to a ballpark every day, fill out a score book, talk about baseball, there's nothing like it."

Hasty grew up on the east side of the state and always had the fascination with baseball and of course, the Detroit Tigers.

"I was always keeping a close eye on the entire system, I was always curious what the next wave of prospects were going to look like, and who was heading to West Michigan, Erie and Toledo."

That love for the system has made Hasty the perfect fit for a brand new podcast called 'Road to Detroit' which highlights Tigers prospects.

"We embrace hope," he said on the Tigers rebuild and the podcast, "we try to give people a reason to believe. Is it a normal rebuild? No, but there isn't a rebuild out there that is."

Hasty, along with his radio partner Mike Coleman, paints a picture in the listeners head every evening and has one way of grading his performance.

"Did I get the big moment in the game correct? I think if I got those right and I was able to do it in a way where people could understand and enjoy it, then that's when I think that's been a good day in the booth."

As for the next step in his career, Hasty is just like any top prospect in minor league baseball, with an eye on the bigs.

Everybody wants to go to the big leagues, but I'm in no rush whatsoever, I am very content, my wife loves it here, we love it here, our two dogs are crazy about our house. Whatever happens in the future we'll cross that bridge when we come to it," Hasty continued.