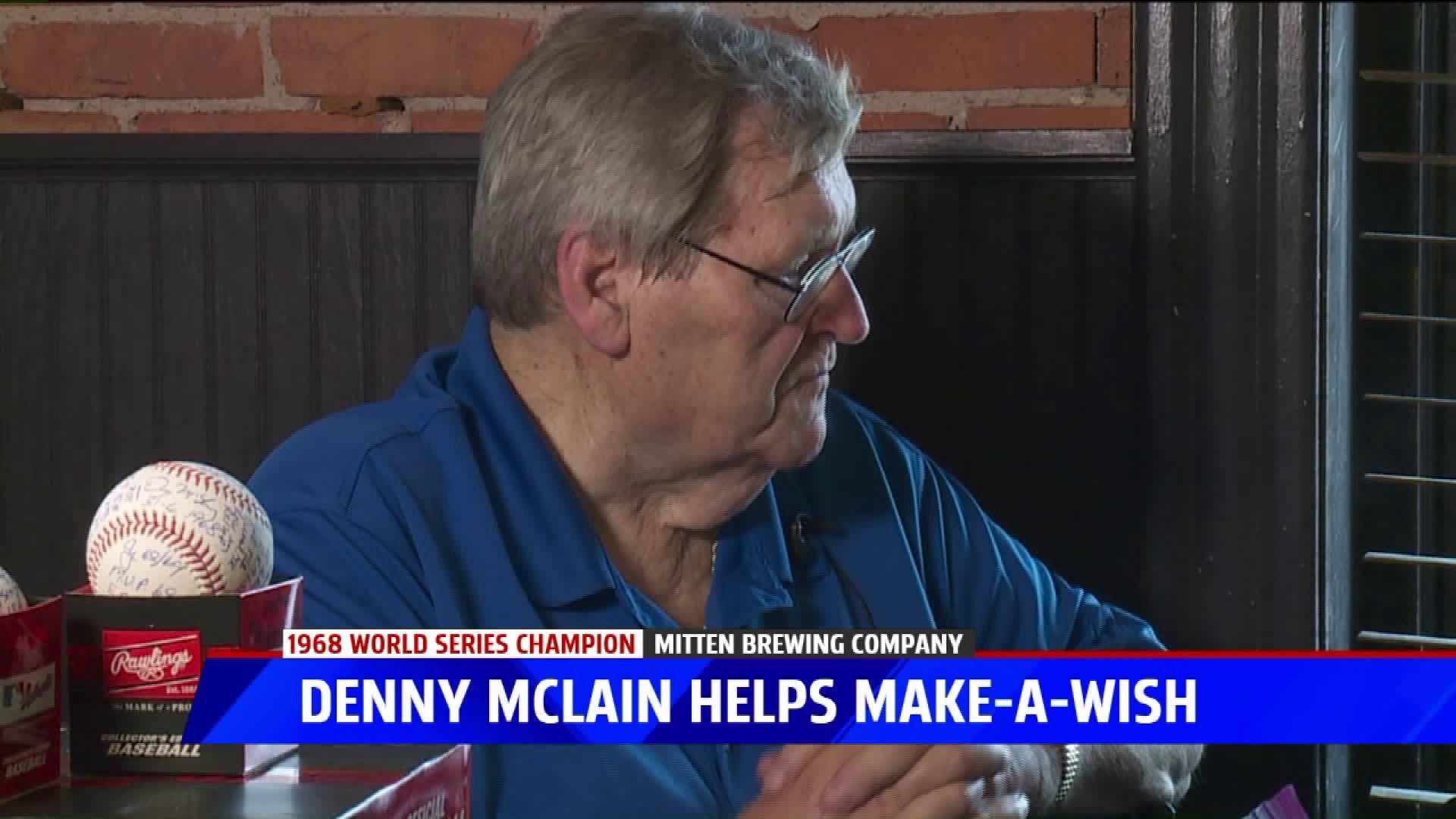 GRAND RAPIDS, Mich. -- Denny McLain led the Detroit Tigers to a World Series in 1968, the year he also was named the American League MVP. Also in that season, McLain won 31 games and still to this day is the last pitcher to win 30 games in a season.

On Wednesday evening he was at Mitten Brewing Company in Grand Rapids, giving back for the Make-A-Wish Foundation.

"We've got children and others who are looking to do something before they check out," McLain said. "Hopefully, money can go to a foundation for medical help or send them to Disney World or send them around the world, but they're going to get a wish fulfilled, something they've wanted to do all their life."