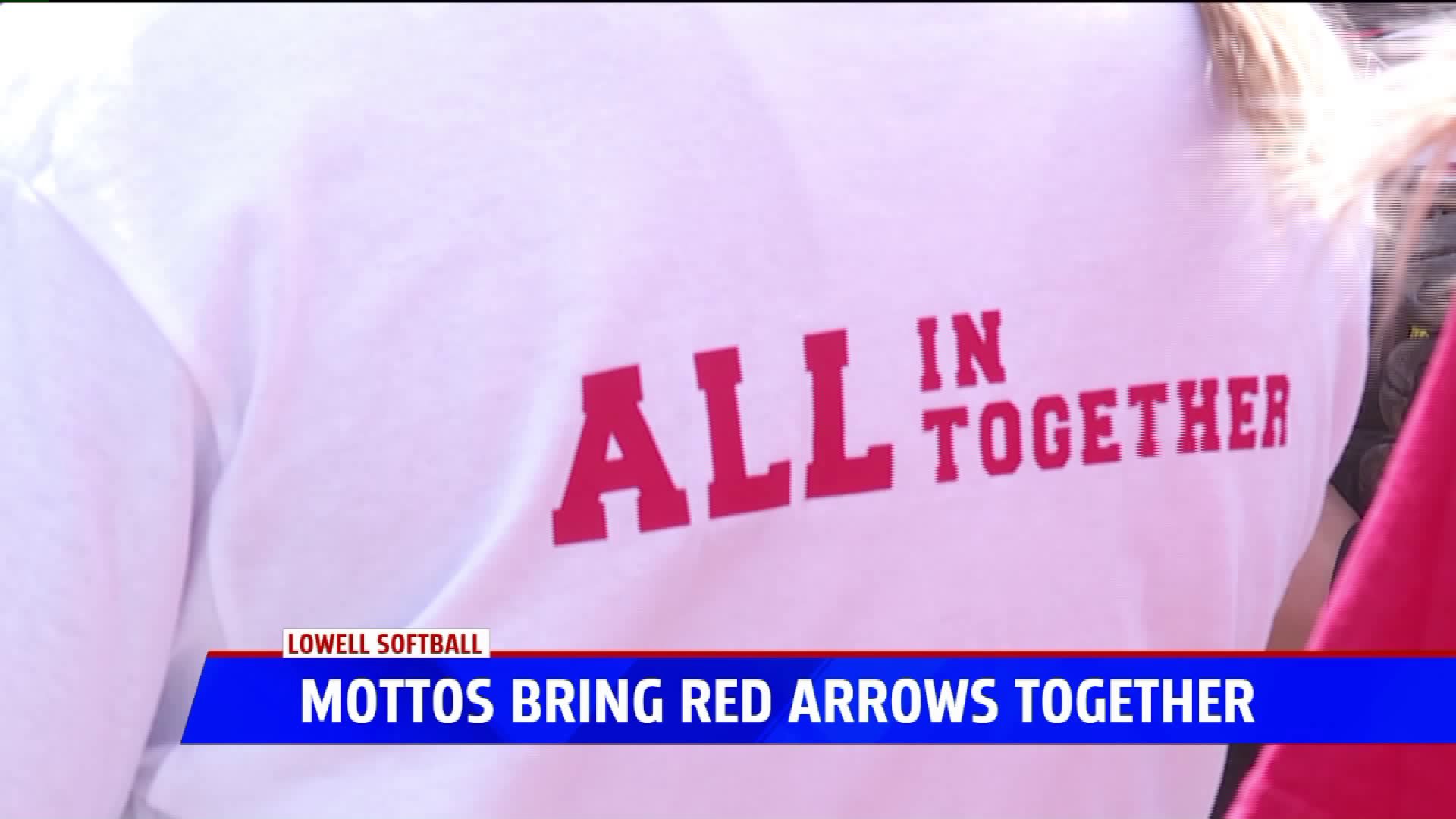 LOWELL, Mich. -- The Lowell softball team won its third straight conference championship this spring, but now it has done something no team in school history had done before: win a regional championship.

When asked what has made the difference, senior Madison Jordan said, "Our motto, 'It's All in All Together'," words the team has lived by this season.

But just a couple weeks ago, they added a mantra when the school's wrestling coach R.J. Boudro spoke to the team. "Surrender the outcome," senior pitcher Emily Depew said.  "It is just kind of putting it all out there for us."

The softball players say the mottos have really brought the team together.

"We are all in it to keep each other up," Jordan added. "I know some of us will be down, but I know we are all here for each other for good and bad."

When Melissa Trainor took over as head coach this spring, she knew the team had talent, she just wanted to bring them closer in hope of getting even better results on the field.

"We've done team bonding here and there and a lot of exercises outside of softball and taking care of one another," Trainor said. "We talk about taking care of one another in the school, say 'Hi' to your teammates even if you are not in the same group of friends, and pick each other up on and off the field. But they have definitely bought in, and I think they are more of a team now than they ever were."

In an attempt to keep the mood light, the team did yoga after practice on Monday.