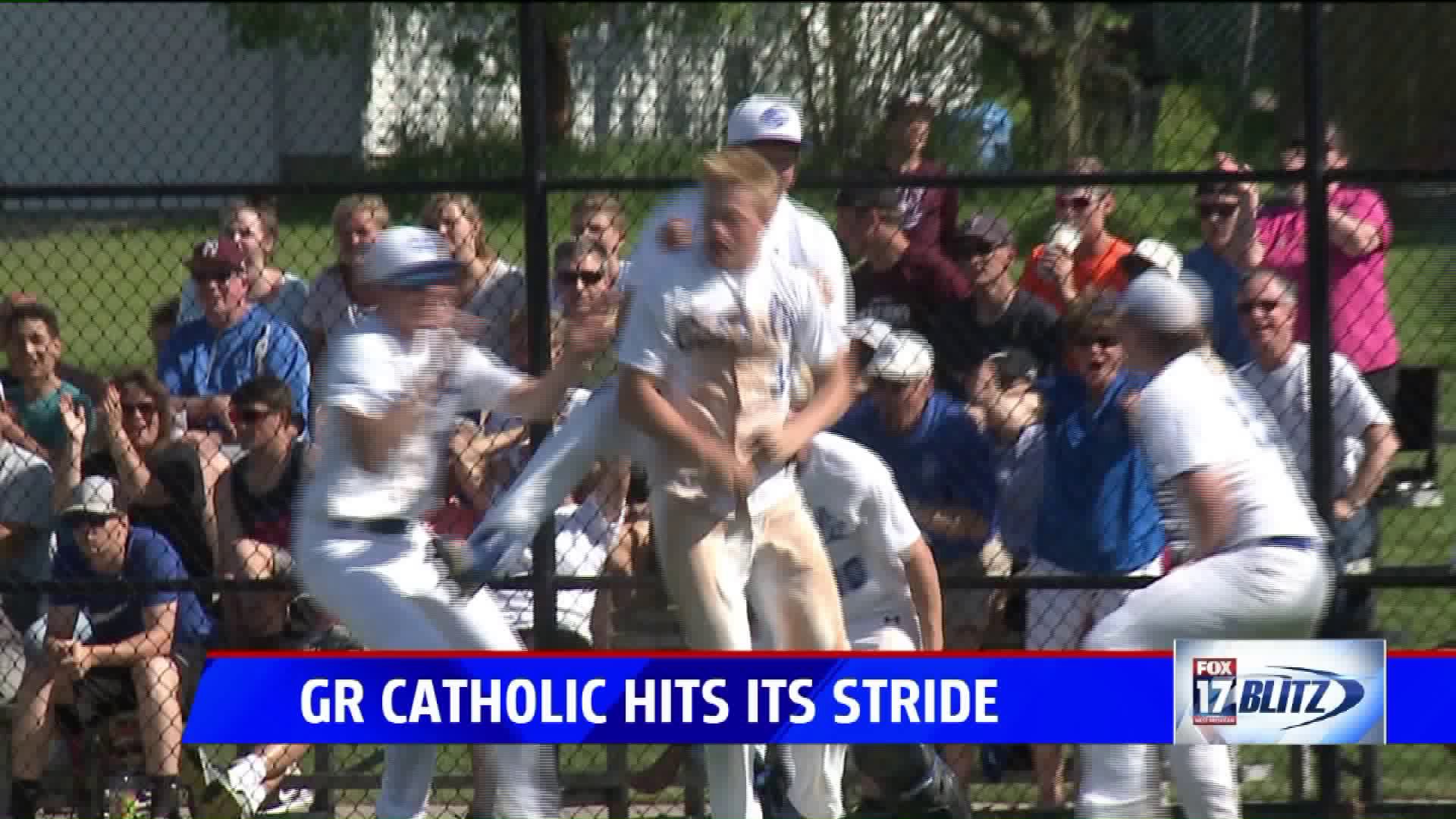 The Cougars have beat Holland Christian, East Grand Rapids and Forest Hills Eastern in the postseason

Catholic Central's wins in the tourney include a 9-1 win over third-ranked East Grand Rapids in the district final behind a complete-game two-hitter from Joe Collins, and, in the regional, a 3-2 win over a fourth-ranked Holland Christian team that featured Marlins 12th round pick Chris Mokma.

CC dropped its last four regular-season games but have now won three straight in postseason play. They find themselves headed to the super regional Saturday at Edwardsburg to play Portland at 10 a.m. Otsego meets Lakeshore at 12:30 p.m. in the other half, with the winners meeting at 3 p.m. to earn a trip to East Lansing and the Division II state semifinals.