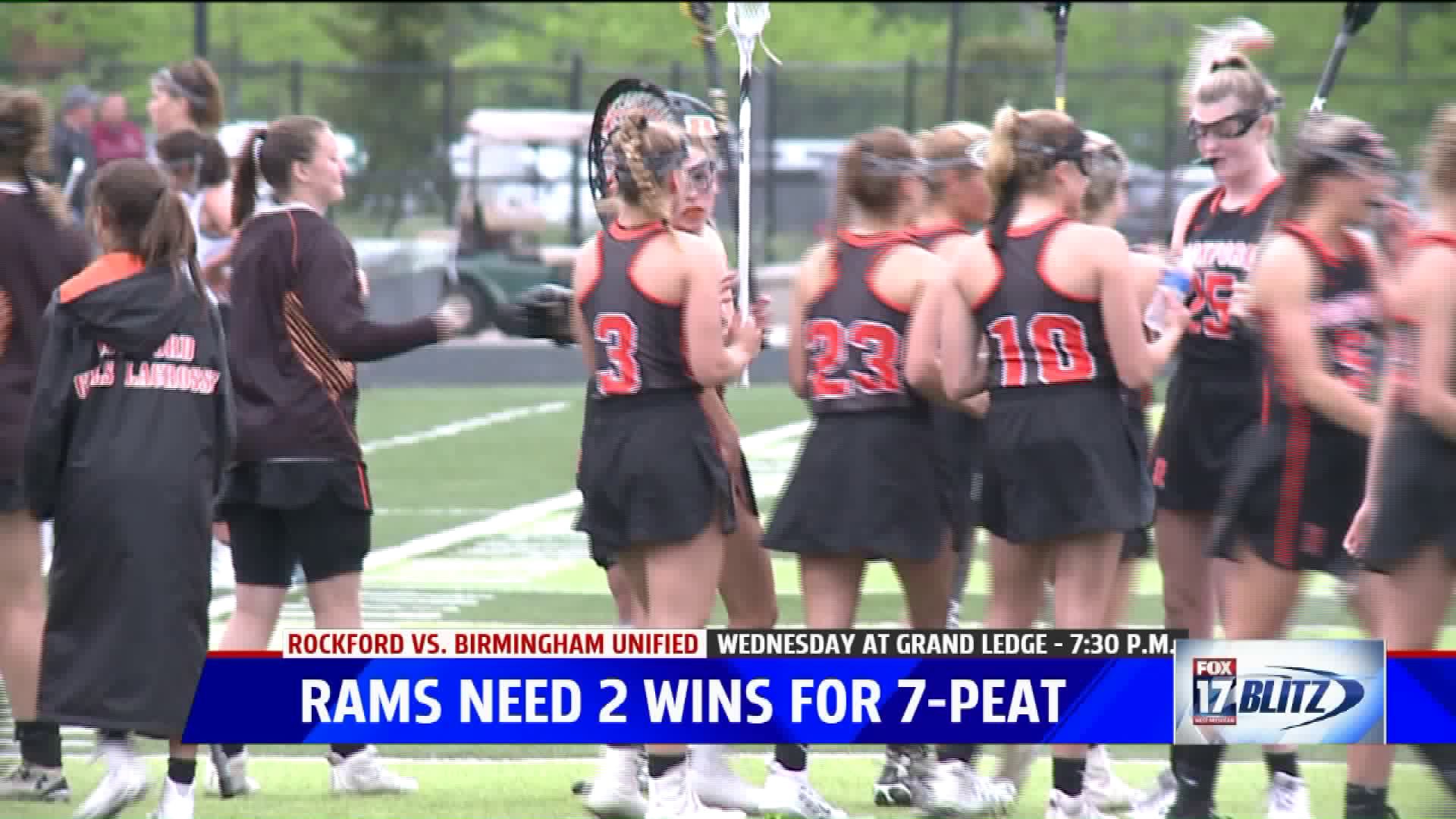 ROCKFORD, Mich --  The six-time defending state champion Rockford girls lacrosse team will be a big favorite when it takes the field Wednesday night at Grand Ledge for a division one state semifinal against Birmingham Unified.

"We talk to the girls all the time the only team that is going to beat us is us" head coach Mike Emery said.  "We really need to play our game and if we are on our game it won't really matter what our opposition is doing.  They (Birmingham Unified) are going to be very well coached they are going to come out and play much harder than they did against us the first time, Jen is one of the best coaches in the state and she will be ready for us but I just don't think she has as many weapons as we do."

The Rams beat Birmingham Unified 20-3 in the season opener back on March 23rd.

The Rockford boys team will be an underdog against Brother Rice in a division one semifinal.  The Warriors are undefeated on the season and won the first 14 MHSAA state championships before being runner-up last season.  The Rams did play Rice in the semis two years ago falling 8-6.

"For us to play them two years ago and play them tight for this experience it just let's our guys know we can play with them" Rockford coach Mike DeWitt said. "They are high school kids as well, they are very, very talented, they are a well run program and team but it allows us not to lose the game before we step on the field and that is obviously a big step to make and something for our guys and we believe that if we play our game if we play a perfect 48 minutes that we have been searching for all season long that we are going to have a chance in that fourth quarter."