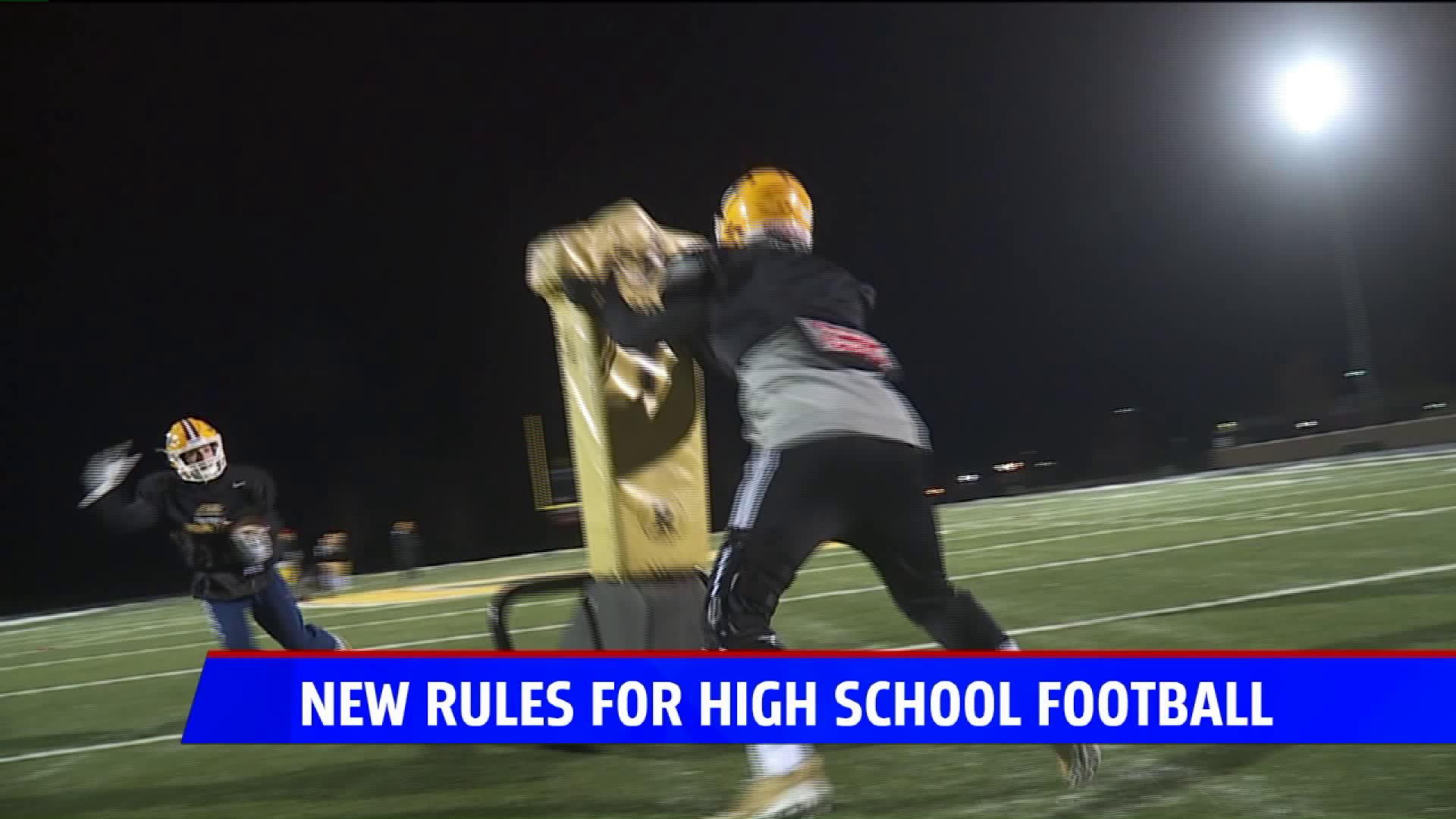 GAYLORD, Mich. (AP) — The organization that governs Michigan high school athletes has voted to trim the amount of full-contact football practice from a maximum of 90 to 30 minutes per week and to drastically reduce the amount of full contact allowed in preseason workouts.

For parents like Jacob Bonnema in Zeeland, it's not a big deal.

“I think a lot of folks would be surprised, at least I was as a parent, at just how little contact there is anymore,” Bonnema said.

Their kids already practice with minimal contact anyway. But it's a good reminder for other schools who may not follow those guidelines.

“I think as the rule reads, tackling to the ground, that’s the thing they’re most worried about,” Bonnema said.

The Michigan High School Athletic Association voted this week on the reductions for full-contact practices, joining New Jersey as the second state to implement rules favored by Practice Like Pros , a nonprofit devoted to reducing injuries in youth football.

The group cites studies that say 58% of concussions in high school football happen on the practice field, compared with 4% in the NFL.

Previously, Michigan allowed one full-contact practice per day in the preseason. Now, teams will get a maximum of six hours a week, including scrimmages, before the season starts.

The MHSAA says this is a way to keep the game safe for everyone, and have rules in the books as far as how to go about practice.