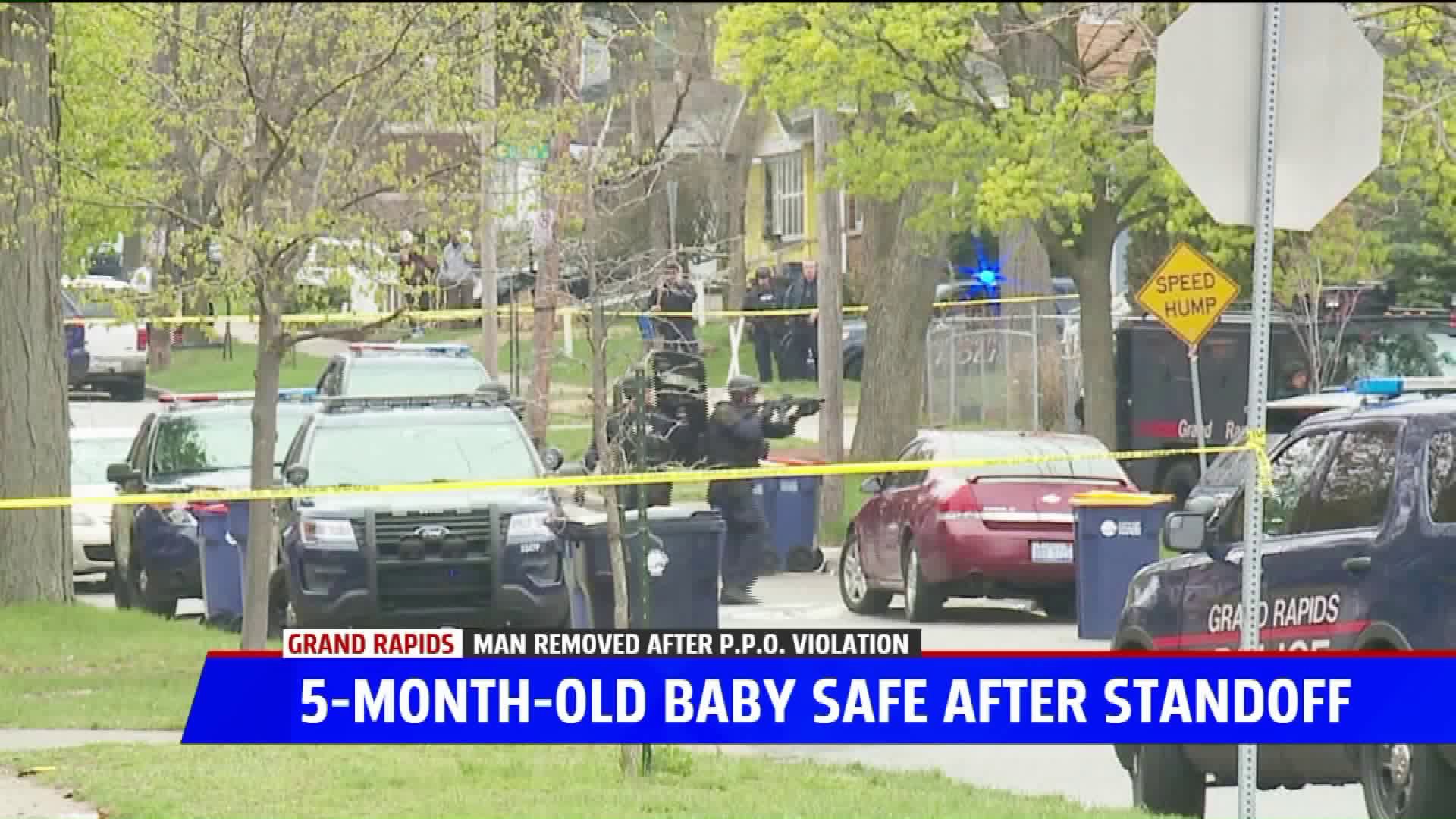 GRAND RAPIDS, Mich. — A man is in custody after a two-hour standoff in Grand Rapids Tuesday.

Police surrounded the home in the 900 block of Watkins SE at about 2:45 p.m. on reports of an armed 19-year-old man who was threatening to harm his 5-month-old child. Police say the man became highly agitated when they attempted to make contact with the man and threatened to kill the baby.

The caller, a woman, told police that the man was mentally unstable.

Police say that as of about 4:25 p.m. the suspect had surrendered and the infant was not harmed.

The man turned out not to be armed, but he broke most of the windows in the house, as well as many other objects inside.  Police say that the man was not acting rationally.

The infant is being evaluated to ensure there weren't any injuries and the man will receive a mental evaluation.