Hope defense looks to build off of 2018 success 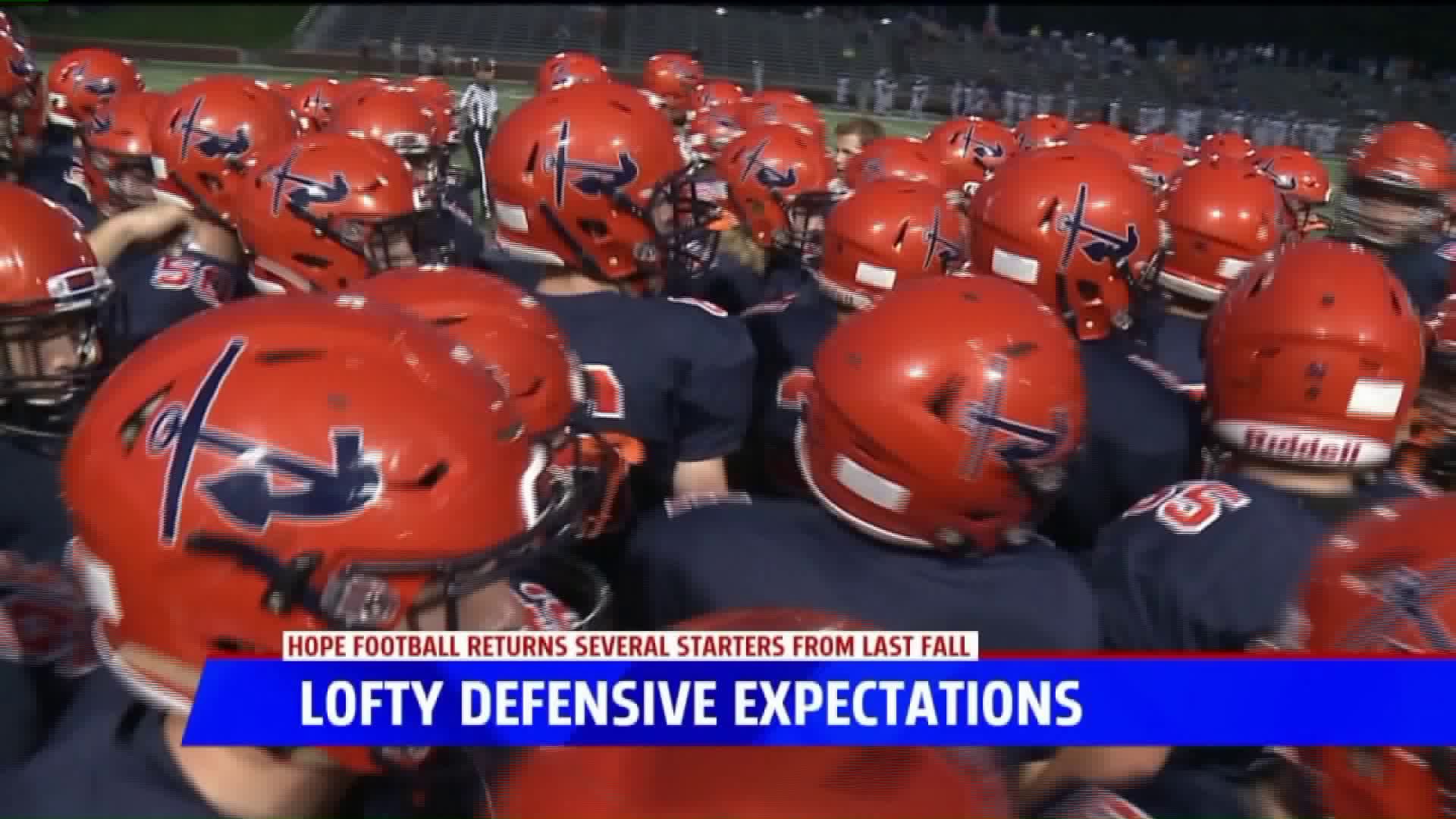 HOLLAND, Mich -- The Hope football team boasted the top defense in the MIAA last season, allowing just over 17 points per game. Now, the Flying Dutch are back to work in spring practice looking for a repeat performance this season.

"We just need to do what we did last year but just a little better," Wyoming high school graduate and Hope linebacker, Jeremiah Purnell said.

"Last year doesn't do anything for this year," he said, "it doesn't score a point, it doesn't stop anyone from gaining a yard or scoring a touchdown but we're certainly going to use that as a springboard. We know that you have to play great defense."

The Flying Dutch return eight of their top ten tacklers this season which has expectations extremely high.

"There's not a lot of teams out there that return that many guys especially on a defense," Purnell added.

Coach Stuursma and the Flying Dutch have always had a defense-first mentality and they understand the importance of that side of the ball.

"You have to have defense," Coach Stuursma continued, "we talk to our team about that all the time."

Of course, the experience comes into play as well.

"The energy and the impact and knowledge they have coming with the momentum into the fall is just going to make things so much better and faster," Dekker added, "when you have a fast defense good things are going to happen for your team."

Coldwater graduate Luke Beckhusen led the Flying Dutch with 62 tackles a season ago while lining up as a defensive back. However, he credits his teammates for that success.

"I have to give credit to the guys up front, everybody else fills their gap and I come in and clean up what's left," Beckhusen said. "Plus, there's not one player on our defense that is dominant, no matter where you go, you're going to see guys that are making plays and coming to the ball."

Coach Stuursma is 23-7 combined in his three seasons at Hope but all have resulted in second place finishes in the conference, something they're hoping to change this fall.

"We're trying to get over that hump, obviously, but we haven't changed anything about our focus which is game one, getting the preparation in from now until then," Stuursma added.

The seniors are looking to go out on top and bring home Hope's 21st MIAA title in program history and first since 2007.

"With it being our final year in this close group of guys with our coaches who care for us, we're going to do everything it takes to get that," Beckhusen said.

"It's my last shot," added Dekker, "a lot of guys are in the same boat as me so going to give it everything i've got and see how it goes."

A conference title would mean a lot for Wyoming high school graduate Jeremiah Purnell, who has yet to hold a trophy of any sort during his playing career.

"It'd be amazing," he smiled, "in high school I didn't come from a winning program and didn't win a playoff game or win a championship in anything, so it'd me the world to me and the rest of my teammates."