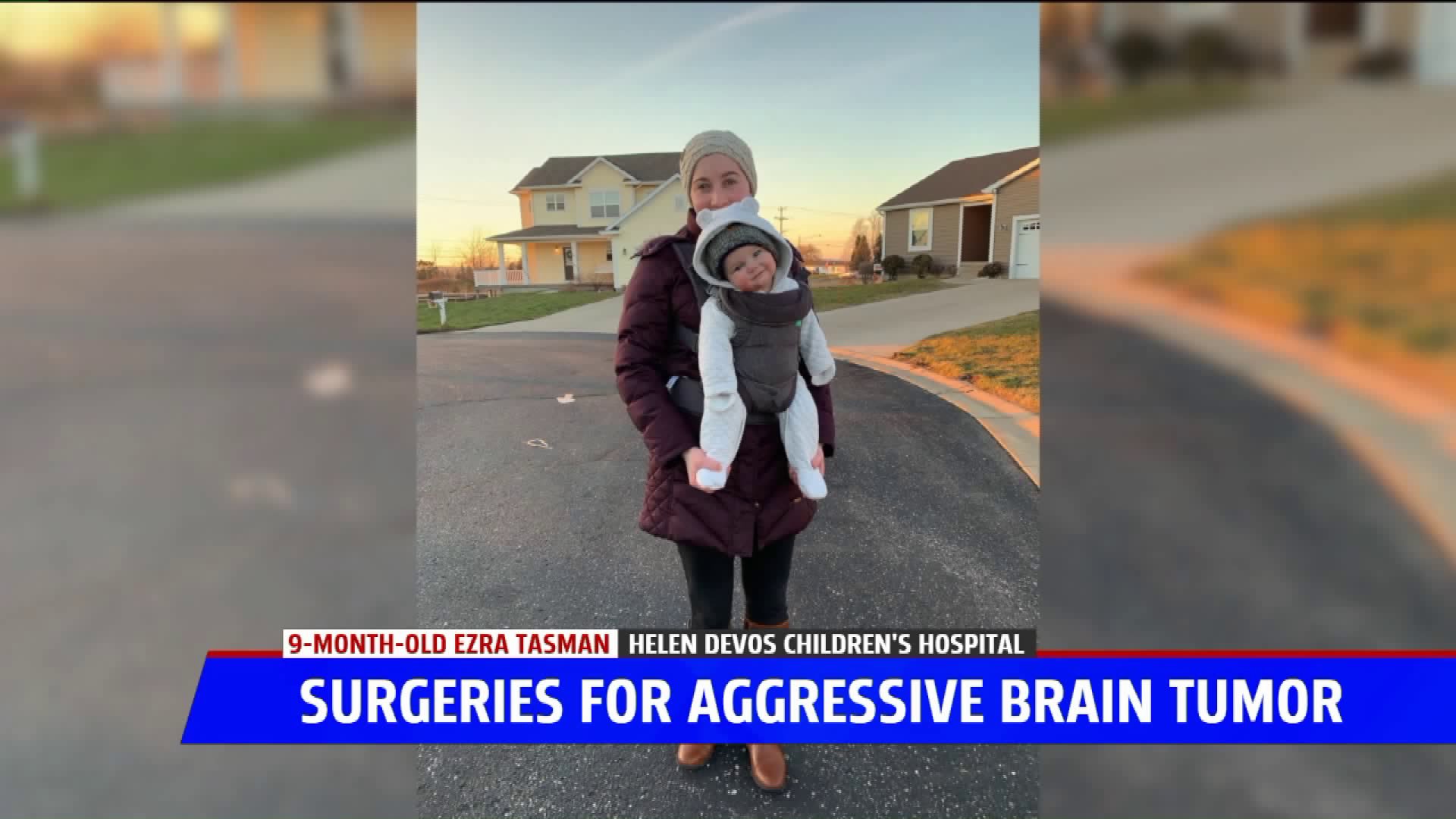 ATRT typically affects children under the age of 3. Less than 2 percent of children are diagnosed with this type of tumor.

Ezra's parents - Josh and Jenni - first noticed something was wrong when their son began throwing up multiple times a day. When they took Ezra to his pediatrician, doctors noticed that he hadn't gained any weight or grown at all in three months. Originally, his parents believed Ezra suffered from a tumor.

"They didn't find a concussion at all, but what they found was a mass in the back of his head," said Josh Tasman.

Since finding the tumor, doctors at Helen DeVos Children's Hospital have performed two surgeries. Even though all physical traces of the tumor have been removed from his brain, he must undergo more than 1.5 years of chemotherapy.

Ezra will also participate in a clinical trial currently being done at the hospital, which will increase his chance of becoming cancer-free to 80 percent.

"With the care he has already received and this hospital, it's been incredible," said Josh. "We're really optimistic."

The Tasman's are currently raising money to help them cover Ezra's medical costs. If you'd like to donate, you can give to the family's GoFundMe.