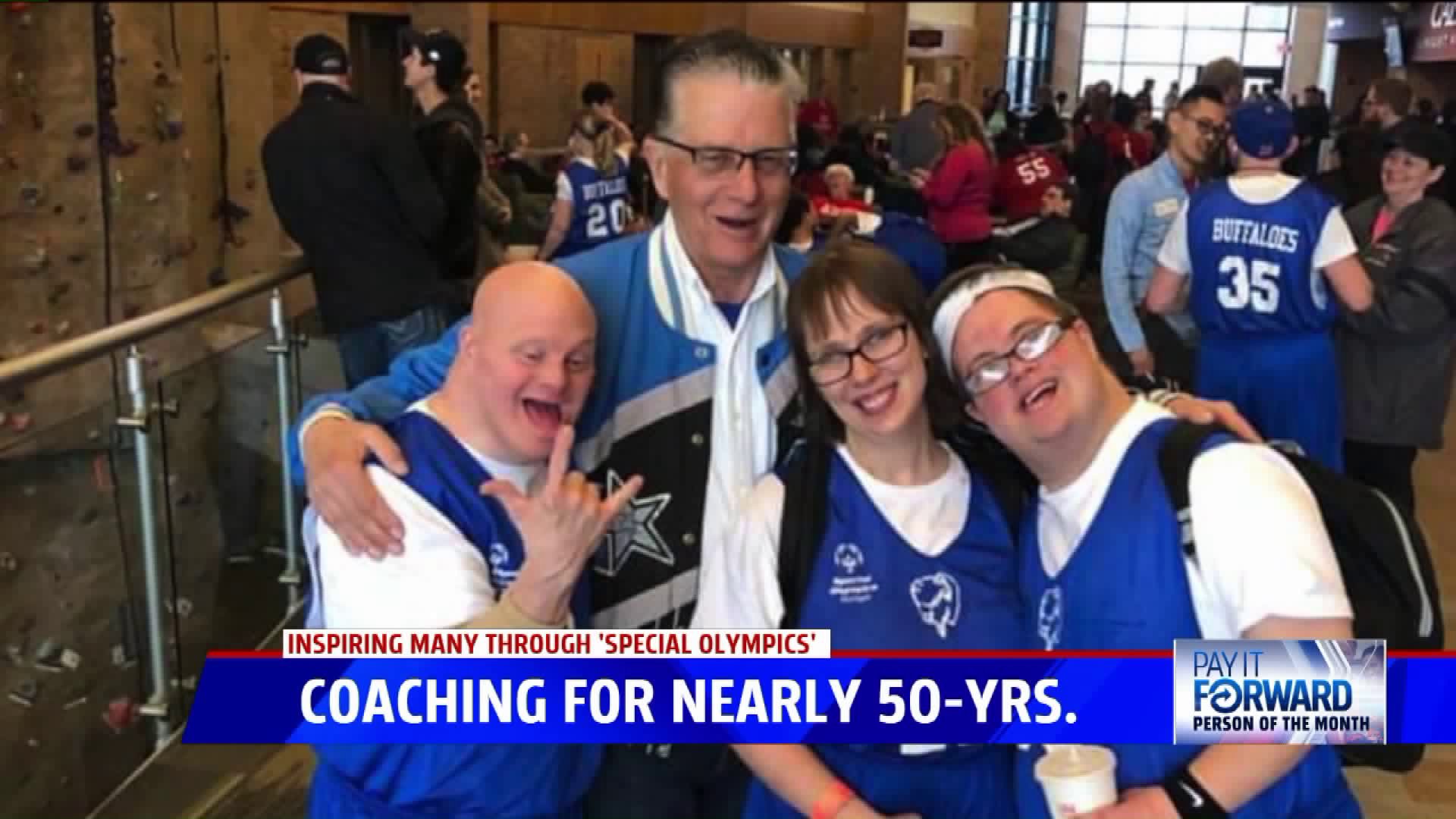 Bill Dombrowski has been coaching Special Olympics basketball teams since the 1970`s.

GRAND RAPIDS, Mich., -- Bill Dombrowski started volunteering with the Special Olympics in 1972. The next year, at just 19 years old, he decided he wanted to start coaching a basketball team.

"At that time, a lot of people said these athletes can't learn how to play a team sport, because there really weren't any team sports in the state, hardly at all in basketball," he told FOX 17 News. "So, that's about all it took. I thought 'wow, if someone says we can't do it, I think we'll give it a try.' And kind of the rest is history from there...I think our team was probably one of the first in the state, if not the country."

The first team was named Lincoln School. Earlier this month, FOX 17 stopped by to catch the scrimmage between the Grand Rapids Center Cougars and Buffaloes: now two of nearly 40 teams in Area 11, primarily serving Kent County.

"I started the spark that led to the fire," said Dombrowski. "You know, it's pretty easy when you do something with a lot of passion and love."

Over the years, team names and players have changed, but Dombrowski's commitment to these athletes never has.

"I try to make the practices and the games like the NBA finals. I try to make them feel like the superstars of basketball," explained Dombrowski. "So much of it just came from falling in love with the athletes...the love that they've given me is far more than anything I think that I've given to them."

More than four decades later, Dombrowski is still busy cheering on athletes and helping them reach their full potential.

"I'm probably the most losing-est coach and the winning-est coach, because I've done it for 47 years and it took us a number of years before we even won a game, because we always stress everybody will play as equal as possible," he said.

Dombrowski's family has also joined in: both his sons coached teams, and his daughter also served as a cheerleader.

Now, his granddaughter Maddie, a freshman at Aquinas College, is also following in his footsteps.

"He's so inspiring. He's very passionate about it," she said. "That's what helps me coach actually. I just think of how I saw him my first year and that's how I want to be."

At the end of each season, no matter his record, Dombrowski always feels like he's winning.

"If I can demonstrate the love of Jesus, it's through here. It's through what I do. And I think what they give me back. It really keeps me centered."

He added, "Over the years if we've helped do anything, we've helped change the perception of what people believe athletes with disabilities can do...look beyond what you see, because everyone really has unlimited potential, but they just need someone to believe in them, and say yes you can do it. And, if we all kind of had that attitude, we'd change the world."

As the FOX 17 and Lake Michigan Credit Union Pay it Forward Person of the Month, Dombrowski is receiving a $300 prize.

Meet Erma Palmiter, our February Pay it Forward Person of the Month.