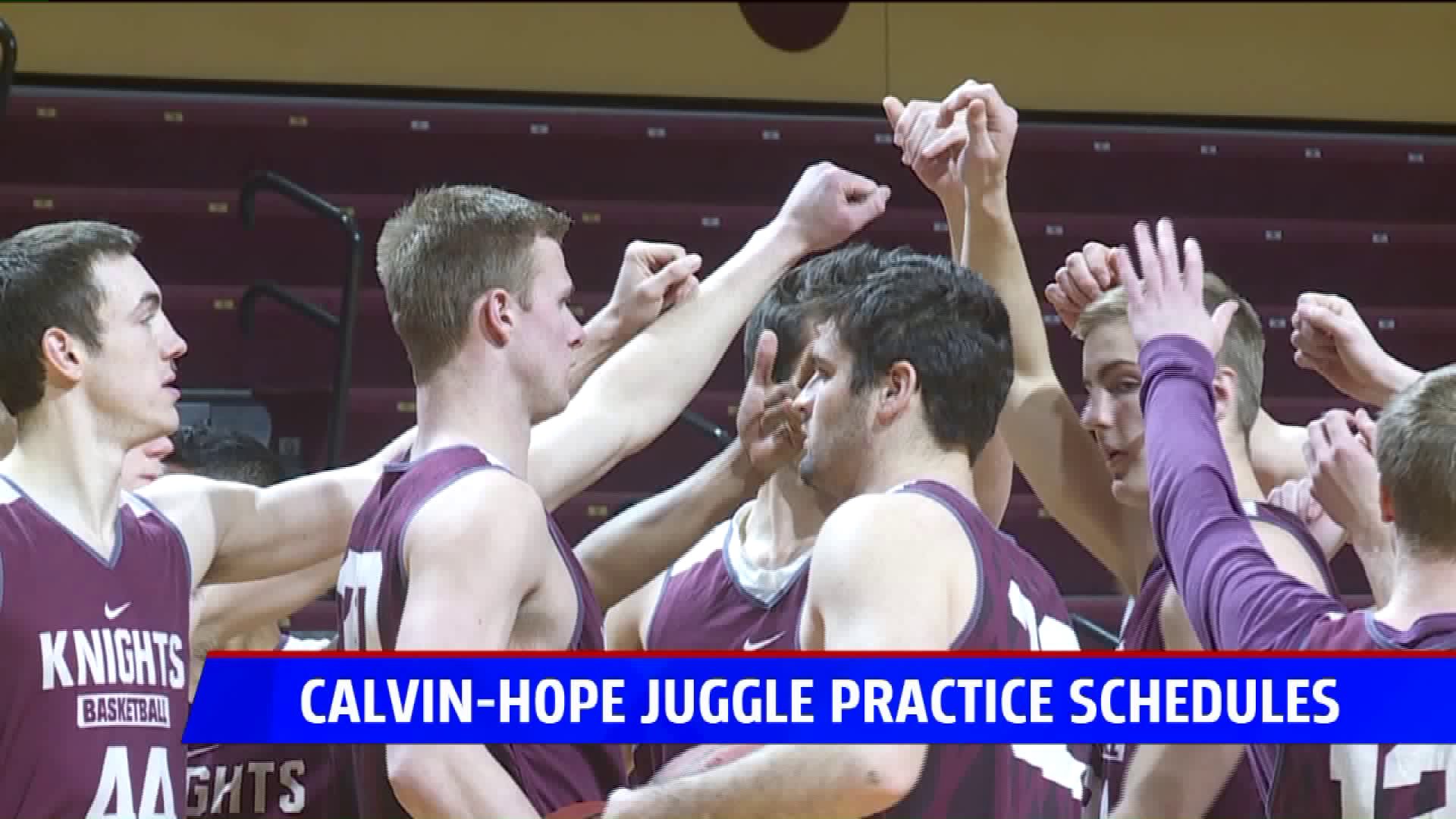 GRAND RAPIDS, Mich. -- With campuses closing down the passed few days, the Calvin and Hope men's basketball teams have had to deal with quite a bit when it comes to their practice schedules. Both the Knights and Flying Dutchmen are preparing for the historic 200th edition of the rivalry this Saturday at DeVos Fieldhouse.

"The week has been a little crazy," Calvin senior forward Jason Walter said. "You don't go to class, you have a shorter practice, obviously everyone is trying to stay safe and warm."

In fact, the Knights were practicing on Wednesday afternoon to prepare for Thursday evening's game against Alma before it was postponed to Monday.

"Midway through practice yesterday, our athletic director called my assistant, and he walked over with his phone and said 'Doctor Timmer wants to talk to you,'" Calvin head coach, Kevin Vande Streek said. "He said, 'Well, the game from Thursday has now been moved to Monday,' so I pulled the guys over and said, 'We're no longer preparing for Alma. We're preparing for Hope."

The Knights won the first meeting between the rivals this season on January 9 at Van Noord Arena. Since the teams played just three weeks ago, it makes weeks like this just a little bit easier.

"It's been peculiar," Walter added. "The change in mid-practice is good. We've already at least practiced for them once."

Both teams will now play three games next week due to postponements.

"Next week is going to be interesting," Hope head coach Greg Mitchell said. "It'll feel like an NBA schedule with practice, game, practice, game. If I'm a player I'm loving it. It's another chance to get better and grind our way through the MIAA, which has been an awesome race this year."

Both teams enter Saturday's 200th meeting at 4-4 in the MIAA, very important for both programs.