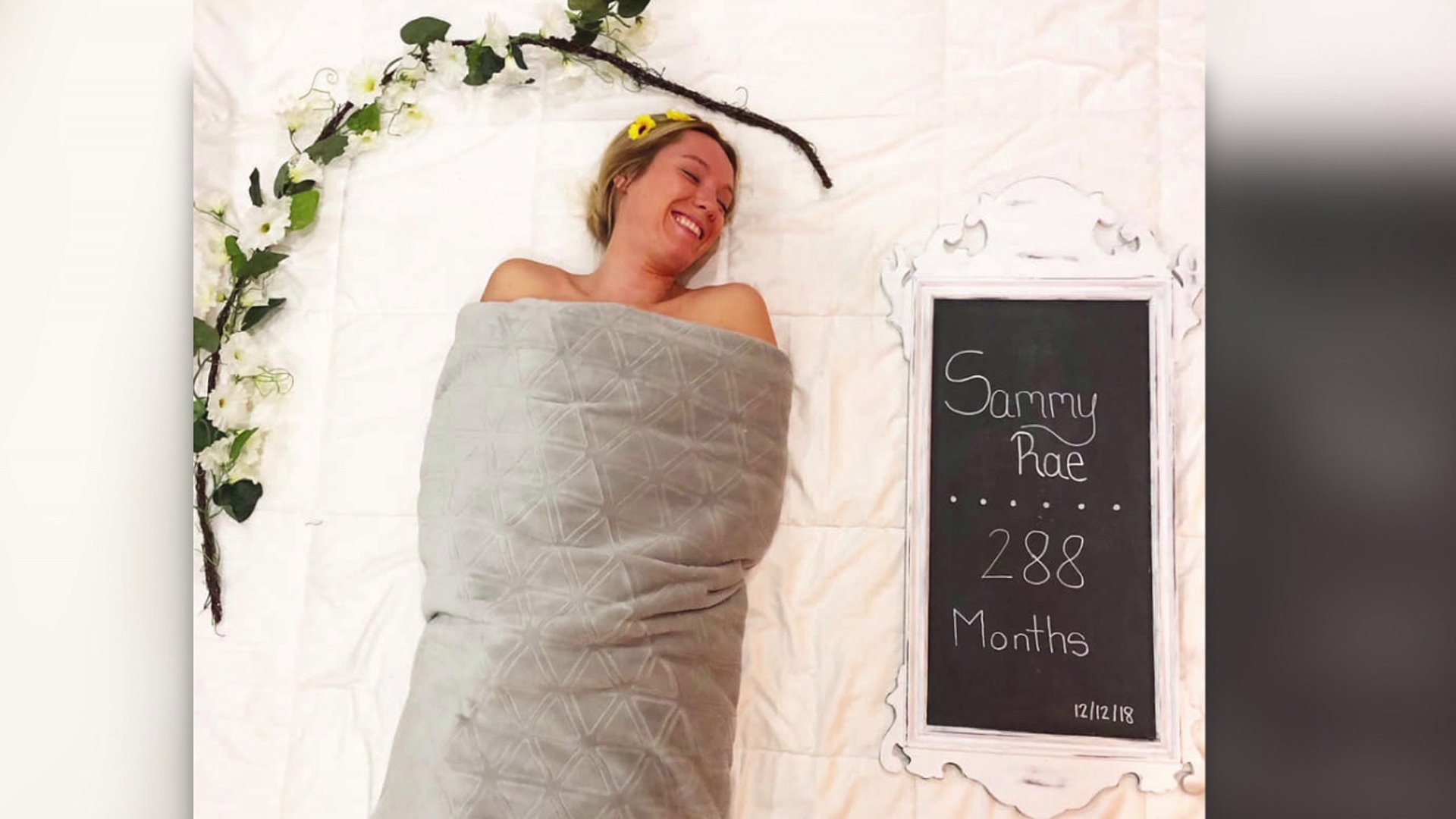 GRAND RAPIDS, Mich.-- A 24-year-old West Michigan woman is putting her own spin on a trend for millennial parents.

It's common to find social media feeds filled with parents posting photos of their babies as they age another month. Some find it cute. Others find it excessive, like Sam Ackles from Hastings when Ackles' sister took photos every month for the first 12 months of her baby's life.

"So every month we would write down what kind of food she likes, what games she likes to play, what milk she drinks, all that kind of stuff," Ackles tells FOX 17.

Ackles got the idea to poke fun at the photos.

"So when it came to be my birthday, I thought it would be a good idea to do the same thing," Ackles says.

Ackles turned 24 on December 12 and did the math, she would be turning 288 months. She swaddled up, newborn style, complete with flowers in her hair. She added the caption, "Ya girl is 288 months today! Has all her teeth. Favorite food is Mac n Cheese. Enjoys a bottle of wine, daily."

“Mac and cheese is my favorite food, so I eat it at least three times a week and so I just felt the need to tell everyone and I do drink a lot of wine, right now drinking a glass, so everything is true," Ackles says.

At first, Ackles says her sister wasn't thrilled she was poking fun at her own photos.

“She’s like, ‘What the heck. I am not doing this. This is so ridiculous, like you’re a grown woman," Ackles says. "I’m like, ‘Well today I’m gonna be a child, so take my picture please.’”

As of Wednesday night, Ackles' photo had over 24,000 shares on Facebook.

“People from California, my friends from Florida and like, Texas have been messaging me, sending me screenshots that had no idea who I am sharing my picture and saying how funny they think it is," Ackles says.

Ackles jokes that she is open to a sponsorship from a wine company, preferably one that makes rosé.