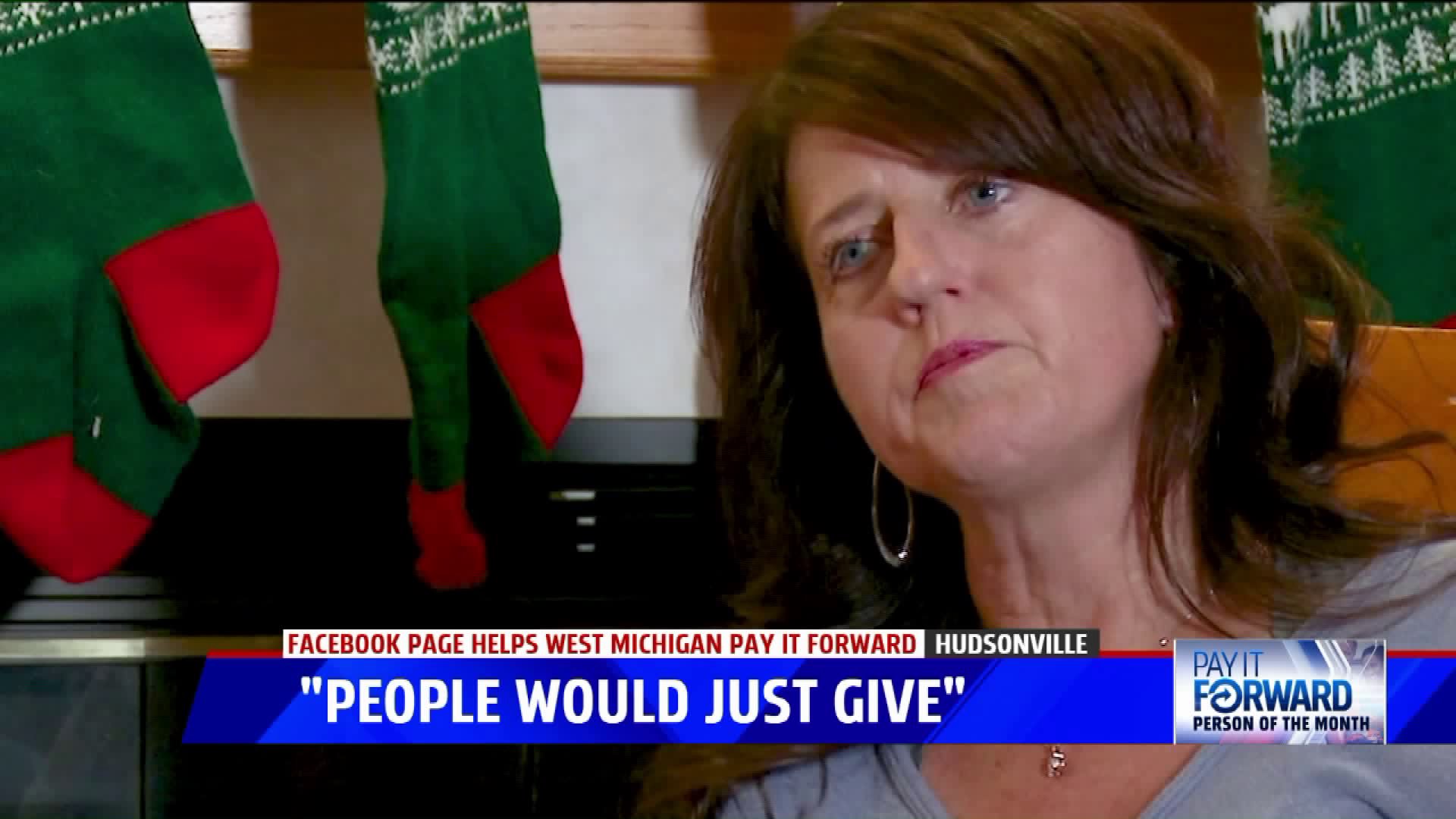 A woman is using Facebook to connect with thousands of people in need in West Michigan.

HUDSONVILLE, Mich. -- Like billions of others across the world, Mary Jo McKellar is on Facebook. She joined a few years ago to connect and keep up with friends, but has since found a greater purpose for the social media site.

In 2015, she created a page called "Pay it Forward: West Michigan" as a way to help those who may be struggling in the area.

"I just thought about the idea of having a site where people would just give to each other," McKellar told FOX 17. "You know [people are] having a hard time, some people leaving abusive relationships, some people are filing bankruptcy and can't afford anything."

McKellar, a nurse at Mary Free Bed Rehabilitation Hospital, started by giving away items of her own. The effort has now grown to gas cards, Meijer gift cards, school supplies giveaways and special programs to help families during the holidays with food and gifts.

As the group continues to grow, so does the amount of donations and people posting on the page to also give away their items, free of charge.

"I just kind of scroll through and see if there's anything I can help with... I end up just on my phone, all the time. Answering messages, I just have to balance it. Sometimes it's hard. Sometimes it can be a challenge," explained McKellar. "The lakeshore is just starting to become members, but Hudsonville, Jenison, Grandville, Wyoming, but then Grand Rapids is the biggest. We help the most there."

McKellar said the effort has become almost like a second full-time job. She's enlisted her sons to act as administrators on the page, along with getting help from her daughter Alycia to keep it going.

"I'll go with her on those trips to pick up items from families that are donating," said Alycia. "I'll help organize things here at the house and get ready to give to families... My mom has always been a very caring person."

She added, "She's always been putting people before herself, and she honestly inspires me every single day with all the things she does for the community."

"She's just so giving," said Sue Skiba, a contributor to the site. "There's so many people out there that want to give, but they don't know how... I just think it's a wonderful way to both give and receive."

The page has more than 7,000 members. McKellar is hoping to transform the Facebook group into a licensed non-profit one day soon.

As our Pay it Forward Person of the Month, McKellar is receiving a $300 prize.

Meet Amanda Goss, our October Pay it Forward Person of the Month.