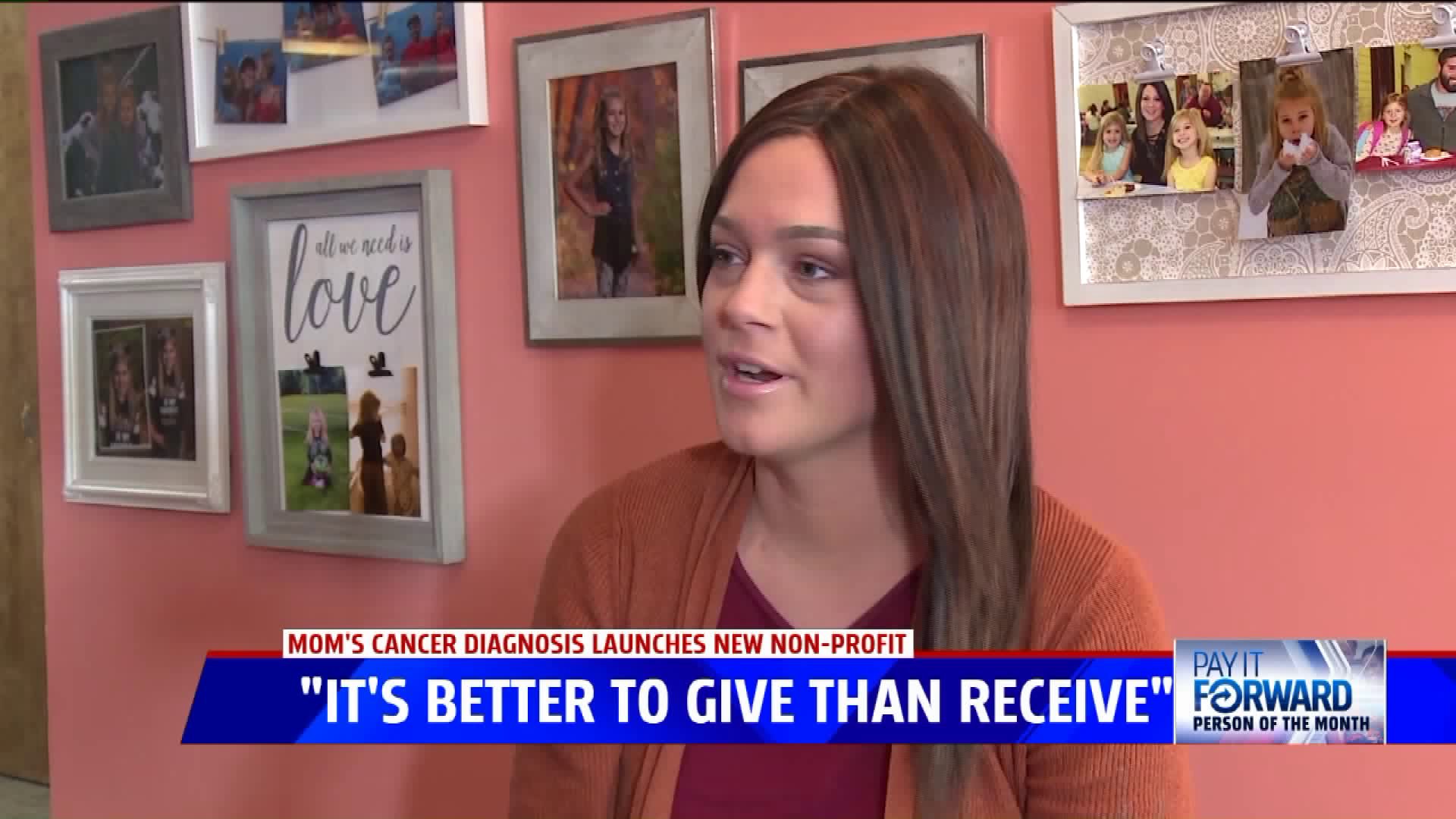 HARTFORD, Mich. -- Amanda Goss has channeled a devastating breast cancer diagnosis four years ago into an opportunity to do good for some of the youngest cancer fighters in West Michigan.

She has launched a non-profit called Youtoo, which delivers special goody bags to local children's hospitals.

"I woke up, out of nowhere and I had a lump underneath my arm pit," she told FOX 17 News. "It came back, it was positive for cancer, I think at the beginning, I was stage 3 breast cancer."

The young mom has two daughters, who were ages two and four at the time.

"It was kinda hard to take in. I just knew I had 2 kids, a husband and a family to stay strong for."

Goss immediately underwent six rounds of chemotherapy and a double mastectomy. But, a year later, she learned the cancer was back. This time, she was diagnosed with Stage 4 metastatic breast cancer, and told she had spots on her chest and spine.

"I think my chances went down to five percent," she said. "It was a shocker to hear that it came back."

Goss now has to endure chemo every three weeks for the rest of her life.

Last August, she was dealt another blow: doctors found a brain tumor, causing her to undergo emergency surgery. Goss said surviving the risky procedure inspired her to pay it forward.

"I was trying to figure out what else I was supposed to do, and what I needed to do to change people's lives... Just one day I came up with 'Youtoo'.  Youtoo kind of means you too can help, you too can help make a difference."

"[They're] filled with Play-Doh, coloring books, crayons, stickers, you name it," Goss said. "We just hope it brings a smile to their face and we can make their day."

Inspiring them to keep fighting, just as Goss is.

"We know the feeling, so we want to give more and more and more. So hopefully our next drop off will be bigger than the last... My goal is to be kind and spark positivity, because that's what I want for my kids to do in life."

The next Youtoo giveaway is planned for February.

To learn more about Youtoo, or to donate, visit the group on Facebook.

As our Pay it Forward Person of the Month, Goss is receiving a $300 prize.

Meet Darrin Mayweather, our September Pay it Forward Person of the Month.