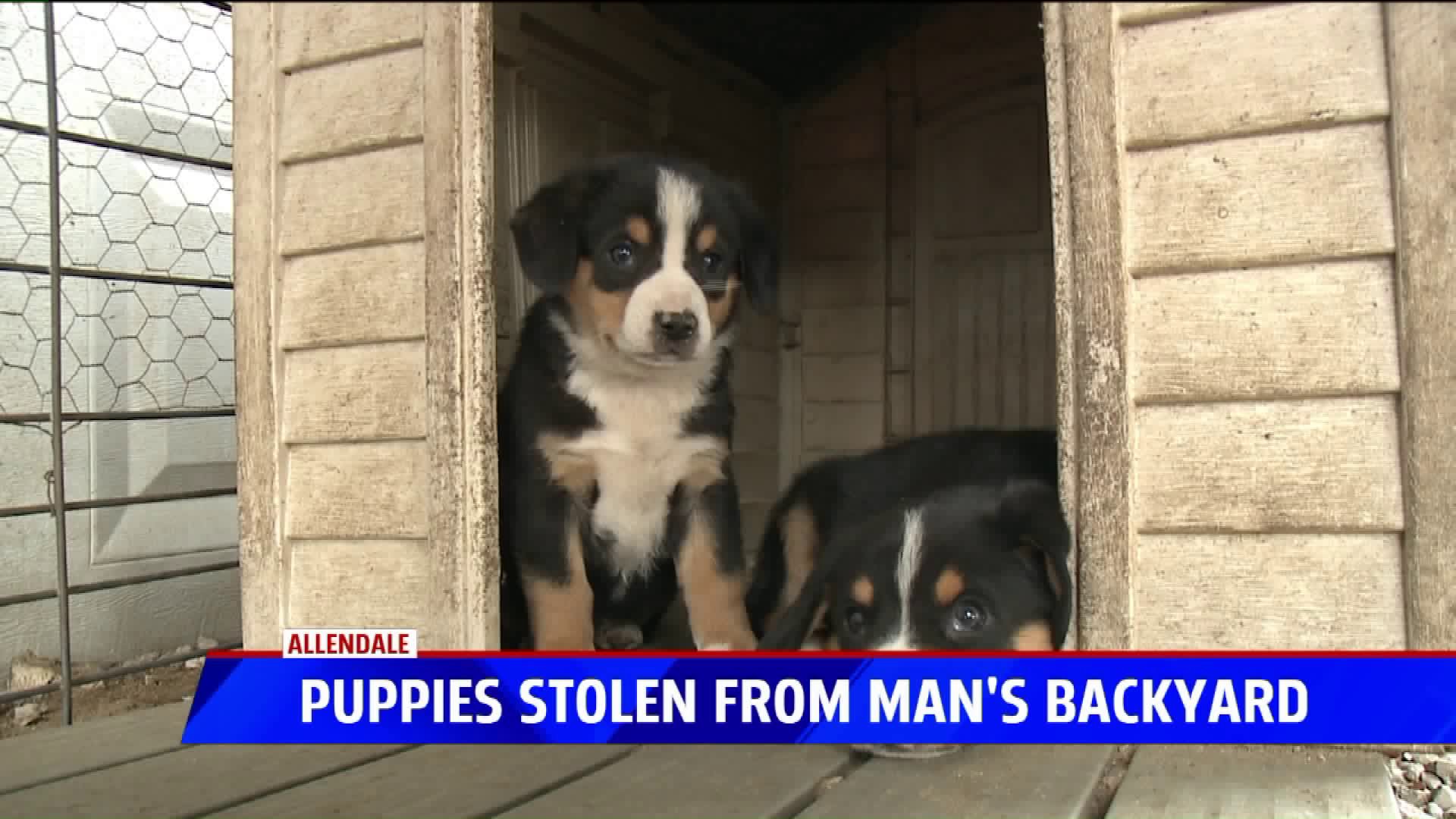 The two 12-week-old puppies are Entlebucher Mountain Dogs. Aaron says they're valued at around $3,000 for the pair.

Aaron says he left the dogs out that night free to roam the yard and use their outdoor shelter, when he believes someone must have approached the fence near the road.  Other dogs were in the yard, but Aaron believes the mountain dogs could have been targeted because of their high value.

In all his years breeding, he's never had any of his dogs taken.

“First time in 40 years. But it’s been on the uptick, from what I’ve been hearing, because other breeders have been notifying me, but I just didn’t think it’d happen to me,” Silver said.

He says the puppies always run up to greet whoever comes that way, saying the thief or thieves could have easily hopped the fence and grabbed the two puppies.

“The thing is, I’ve been posting locally that I had puppies for sale, and posted pictures of them. Of course it has my address. So someone could just punch it in their GPS,” Silver said.

Aaron says he's made a police report and plans to start scouring Craigslist looking for the stolen puppies. Because of their rarity, he's hoping that will help find them.

Anyone with information about the thefts should call the Ottawa County Sheriff's Office.