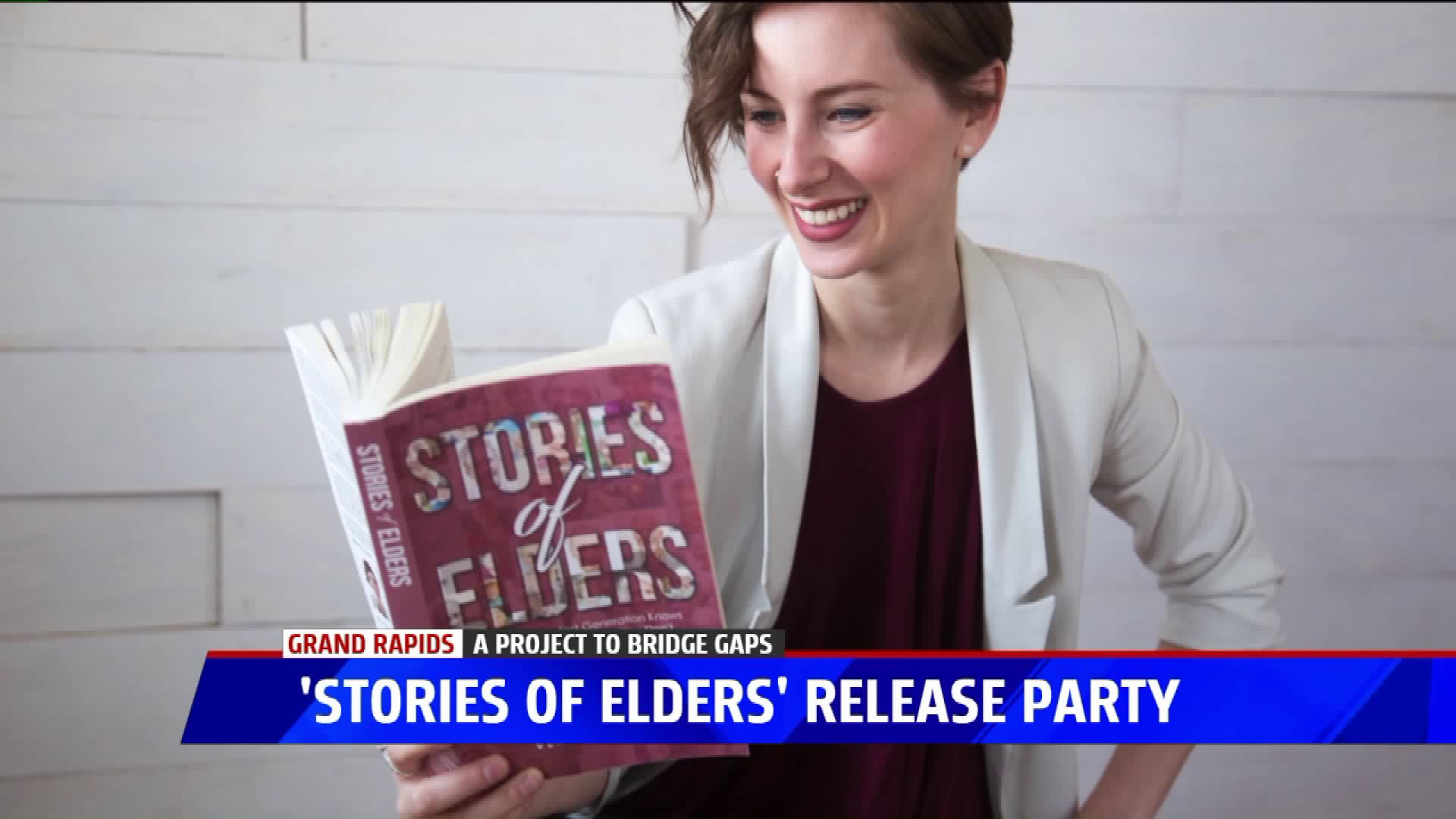 GRAND RAPIDS, Mich.-- A Michigan author, who happens to be a millennial, travelled across the country to interview people born between the years 1915-1945 about something not often associated with that age group: technology.

Veronica Kirin is an anthropologist who says she got the idea for her first book, Stories of Elders: What the Greatest Generation Knows about Technology that You Don't, by thinking about how technology affects people today.

“We keep asking how it’s changing things but to me, as an anthropologist, I don’t believe that you can truly understand how something has changed unless you’ve lived for a long time without it," Kirin tells FOX 17. "And so that’s where the Greatest Generation came in. I said, ‘Who’s the oldest living citizens?’ It’s the Greatest Generation.”

Kirin drove about 12,000 miles across the United States to interview nearly 100 people from the Greatest Generation about their life experiences relating to technology.

“I really feel like I have this foundation of history underneath me now. It's been gifted to me. They’re a part of me now, even though I didn’t live them," Kirin says.

Stories of Elders was released on Sunday. Kirin held a launch party in downtown Grand Rapids at St. Cecilia Music Center to celebrate, hosting some of the people featured in the book.

“It’s been an incredible journey and I feel honestly, I’m the author but to me, that means almost nothing because I feel like they’re the ones that deserve the praise here," Kirin says.

Kirin says in order to find interviewees, she made calls to everyone she knew asking who they knew from that generation who she could talk to about their lives. She says it was important that she met all of them in person.

“This is a generation that grew up with the person-to-person, face-to-face meaning something and there’s a stranger coming so like, are you gonna tell your story to a stranger on the internet? Maybe not, but they come to your home and they clearly mean it? You’ll talk to them," Kirin says.

After the years of work it took to complete the book, Kirin says she now hopes people can take away an important lesson from reading it.

“Value the stories that your elders have to tell you," Kirin says.

Stories of Elders: What the Greatest Generation Knows about Technology that You Don't is available on Amazon and at Barnes and Noble.