School closings and delays for Tuesday, February 18
NewsPay It Forward 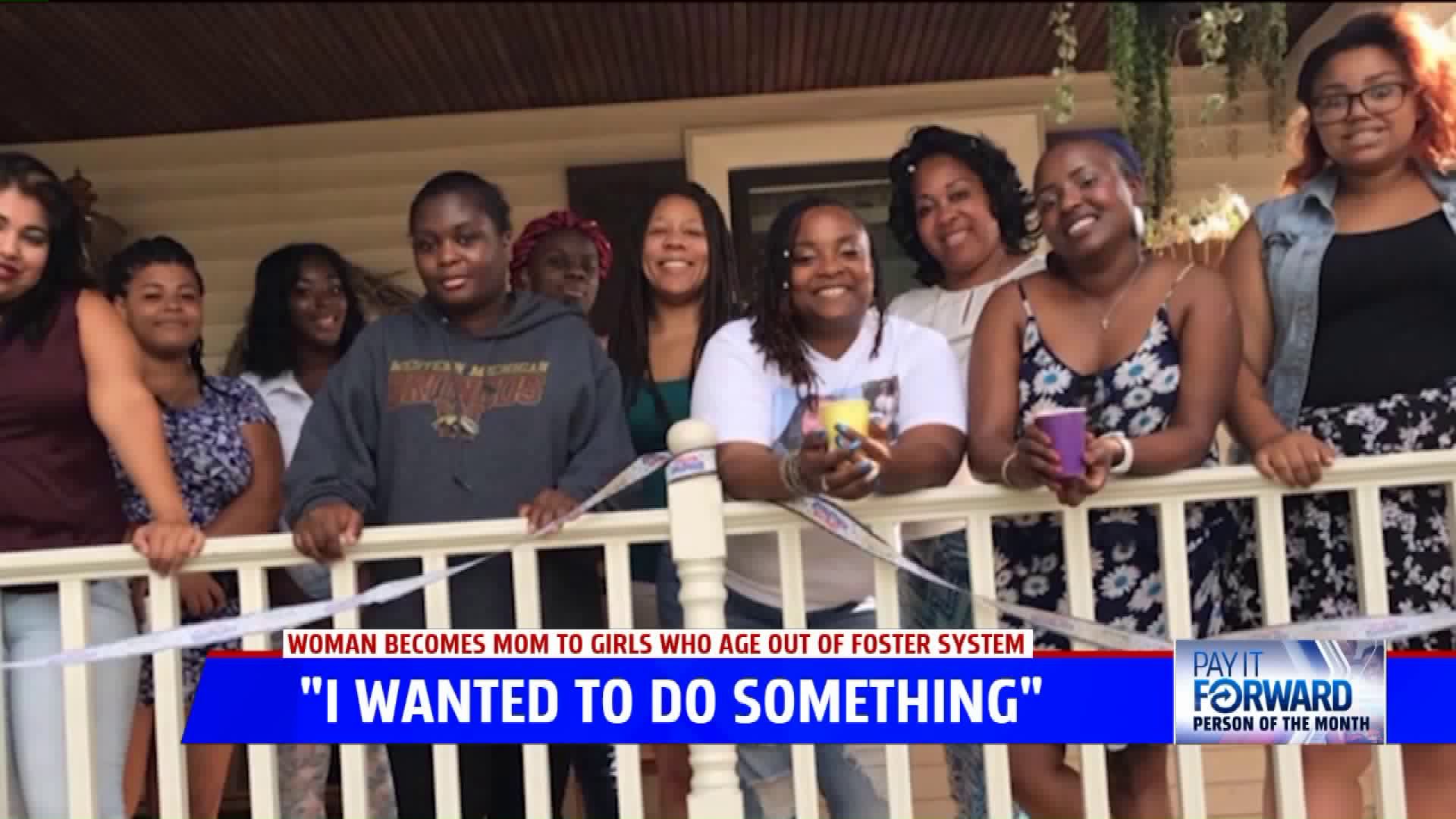 A mother in Kent County is giving girls who are homeless, or transitioning out of the foster care system, a place to live and hope for the future,

GRAND RAPIDS, Mich., -- Nikeidra DeBarge was destined to make a difference in the lives of young people in West Michigan.

For the past 15 years, she's worked with vulnerable children in multiple capacities, serving as a foster care case worker in a residential facility and with Wedgewood Christian Services' Manasseh Project, aiding young victims of human trafficking.

The mother of four said her experience compelled her to co-found New Destiny Pathways, a non-profit that operates a home in Grand Rapids for girls ages 17-21 who are homeless or aging out of a residential facility or foster care placement.

"I knew that kids would leave a residential facility and go back to the places where they had come from, or end up in places that weren't good for them, so I really wanted to do something," DeBarge told FOX 17 News. "I think it's easy to slip through the cracks because a lot of times they've been from home to home."

Since it began six years ago, more than 30 young women have been helped and housed by New Destiny Pathways. DeBarge said the average stay is around 12-14 months.

"Stability starts with a place to sleep, a place to eat," DeBarge explained. "Quite often they don't know what home is, or home was stripped away from them at an early age for various reasons."

Along with a roof over their head, the girls learn basic life skills like cooking, cleaning and job training. DeBarge said more than 80 percent go on to finish high school. Others have finished college, gotten married and begun families of their own.

24-year-old Whitney Penn said she believes she may have ended up in prison, or dead, if not for Nikeidra and New Destiny Pathways.

"This was a stepping stone for me," Penn explained. "[Nikeidra] just taught us that we are beautiful inside and out... Us girls got treated so bad emotionally, physically and mentally damaged, and so they are repairing that."

Penn, who was homeless at the time, credits the non-profit for putting her and so many others on a different path. She's now planning to attend Grand Rapids Community College with the dream of opening up a center for girls and boys in the foster care system in the future.

"It's almost like you can see the transformation on them, just from being loved on, just from being taught certain things," she told FOX 17 News. "They just need that support and to know that we're not going to give up on them... We get to see the fruit. Some of them we don't, but a lot of them, we do. And because of that, I get to keep going, I get to keep helping somebody."

DeBarge said they hope to eventually purchase the home and expand their operations.

To learn more, or to donate to New Destiny Pathways, you can find them on Facebook or visit the website.

As our Pay it Forward Person of the Month, DeBarge is receiving a $300 prize.

Meet Badge Velasquez, our July Pay it Forward Person of the Month.