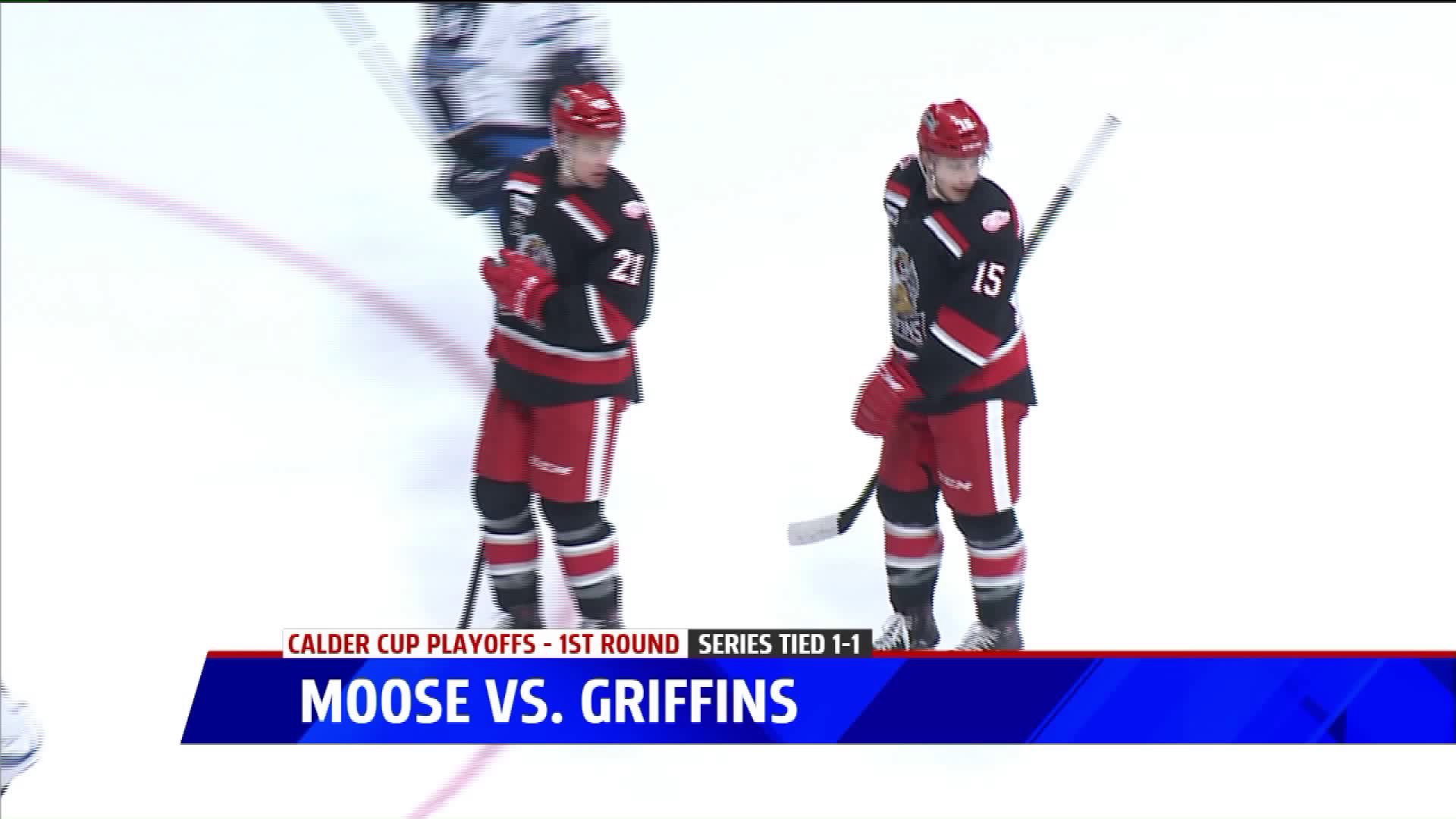 GRAND RAPIDS, Mich -- Despite outshooting Manitoba 48-25, the Griffins lost 6-3 to the Moose in game 3 at Van Andel Arena.

The Moose scored twice in each period and now lead the best-of-5 series 2-1, meaning the Griffins will face elimination Thursday night in game 4 also at Van Andel Arena.

"We`re fine, lots of guys have been in this position before" Ben Street said. "It`s a must win game for us but you know we've kind of put pressure on ourselves this year at times to win games in must win situations so we`ll come and be business as usual"

Street scored his 3rd goal of the series in the 1st period, Eric Tangradi and Zach Nastasiuk also scored for Grand Rapids.

Goalie Tom McCollum was pulled after allowing a 3rd goal just over a minute into the 2nd period. Jared Coreau allowed a goal on the 1st shot he faced before stopping the next 11.