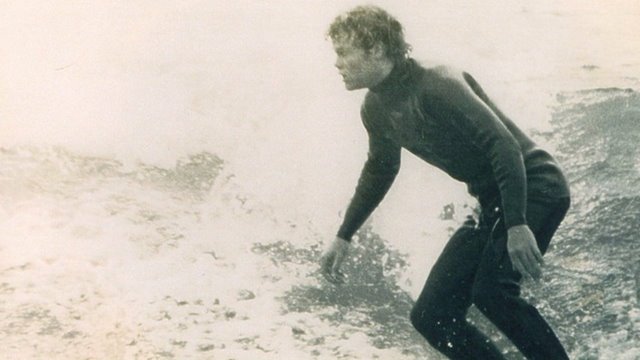 GRAND HAVEN, Mich. -- His name is Will Beaton. He's been surfing waves in Lake Michigan around Grand Haven for the better part of 50 years. He's got one of the best views of the lake anyone could have.

Will started surfing at about eight years old on a small foam board. The skin on his stomach would turn red and chaffed after being on the water all day, but that only encouraged him to surf more. He spent a few years at Aquinas College, then eventually finished with a Master's Degree from U of M.

Will's home is perched up on top of the hill (or dune) above Lake Michigan and Grand Haven State Park. You can see the view if you click here on the live web cam. In addition to being an avid surfer, he started the website www.surfgrandhaven.com for people who want real-time meteorological or weather conditions, or just want to take a live look at the beach and pier with his live web cam. The site is everything Grand Haven and has plenty of support from local advertisers as well.

Will says he was a surfer first, but needed to educate himself about the weather as a younger and teenager so he could track the best times to surf. That led him to college, meteorology, and eventually becoming an air pollution meteorologist. Now, his office has been moved to his front porch (with wall to wall windows) overlooking the lakeshore and concentrating his efforts on the website.

Since his early surfing days, the internet now makes it possible to look at data and buoys and webcams to gauge the scope and high of the waves...something that wasn't possible even in the 1990s.

Will says when conditions get rough on the lake (typically in the fall), he's caught some fantastic rides on the board. He'll never forget the one time he rode a wave in about the length of the pier (about 600 feet). In fact, it qualifies to this day as one of his top ten moments in his life.

He also shared with us a story from November 10, 1975 when the Edmund Fitzgerald sank in Lake Superior. Waves that day in Grand Haven were at least 15 feet high. Three teenage boys were washed off the pier and needed help. The Coast Guard and police couldn't reach them, so Will and his surfer friends sprung in to action. They were tethered to lines and tried to rescue the swimmers. Unfortunately, two were lost that day but one survived.

Don't ever underestimate the power of Lake Michigan. When warnings/advisories are in effect, make sure to take them seriously. Many lives have been lost of West Michigan piers. You can get current conditions, the forecast, and plenty of other local information from Will by going to his website here.