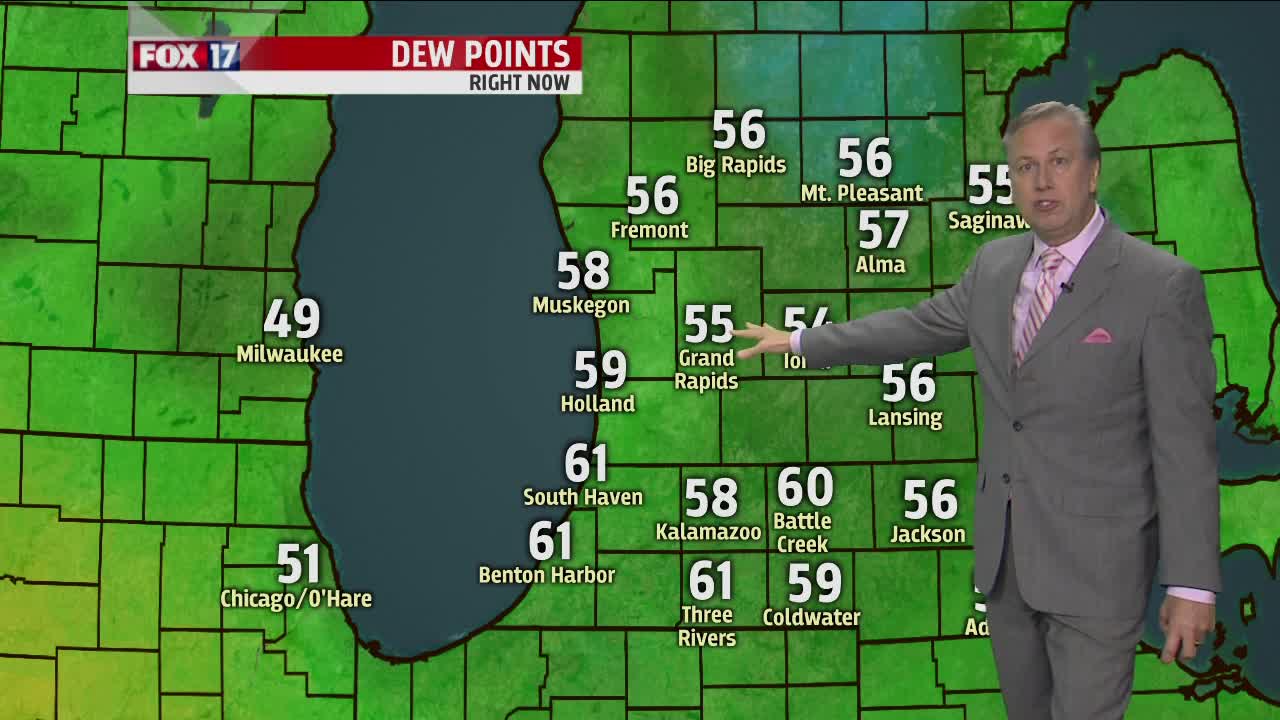 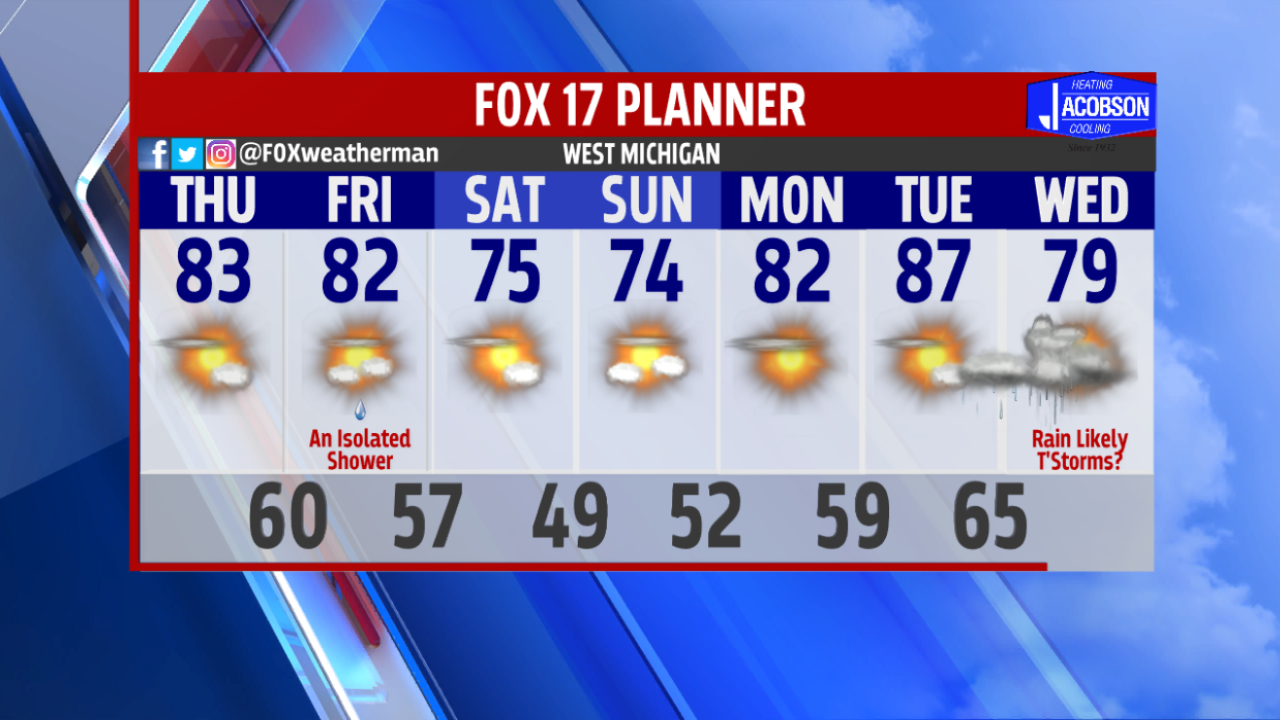 WEST MICHIGAN — The forecast from FOX 17 Chief Meteorologist Kevin Craig: High pressure will keep us dry with plenty of sun through Thursday. A weak upper level disturbance and cold front will slide across the state on Friday with an isolated shower or rumble of thunder possible. The best chance of seeing a shower will be north of Grand Rapids. We expect dry, pleasant, mainly sunny, but cooler conditions this weekend with highs in the 70s. A Tropical Storm in the Gulf of Mexico may actually deliver some significant moisture for Michigan next week by later Tuesday and Wednesday. Make sure to stay up on later forecasts as the track and trajectory of this system may change.

TONIGHT: Mostly clear to partly cloudy and cooler. Lows in the upper 50s to around 60. Light and variable wind.

TOMORROW: Mostly sunny to partly cloudy and warm. Highs in the low/middle 80s. Winds south/southwest at 5 to 10 mph.

FRIDAY: Partly cloudy to partly sunny. An isolated shower or rumble of thunder is possible, mainly north of Grand Rapids. Highs in the lower 80s. A bit breezy with southwest winds becoming northwest at 10 to 15 mph.