Tonight's Forecast: Not as cold with light winds 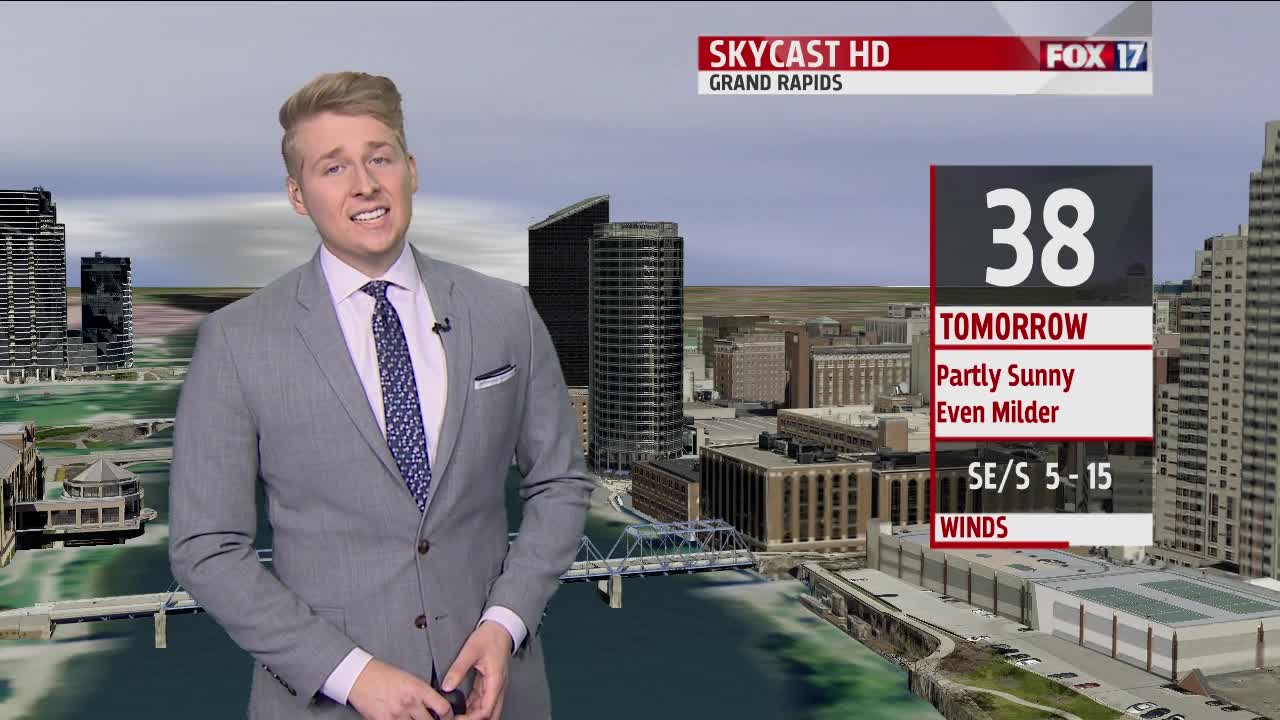 Quiet and mild weather takes us into Christmas 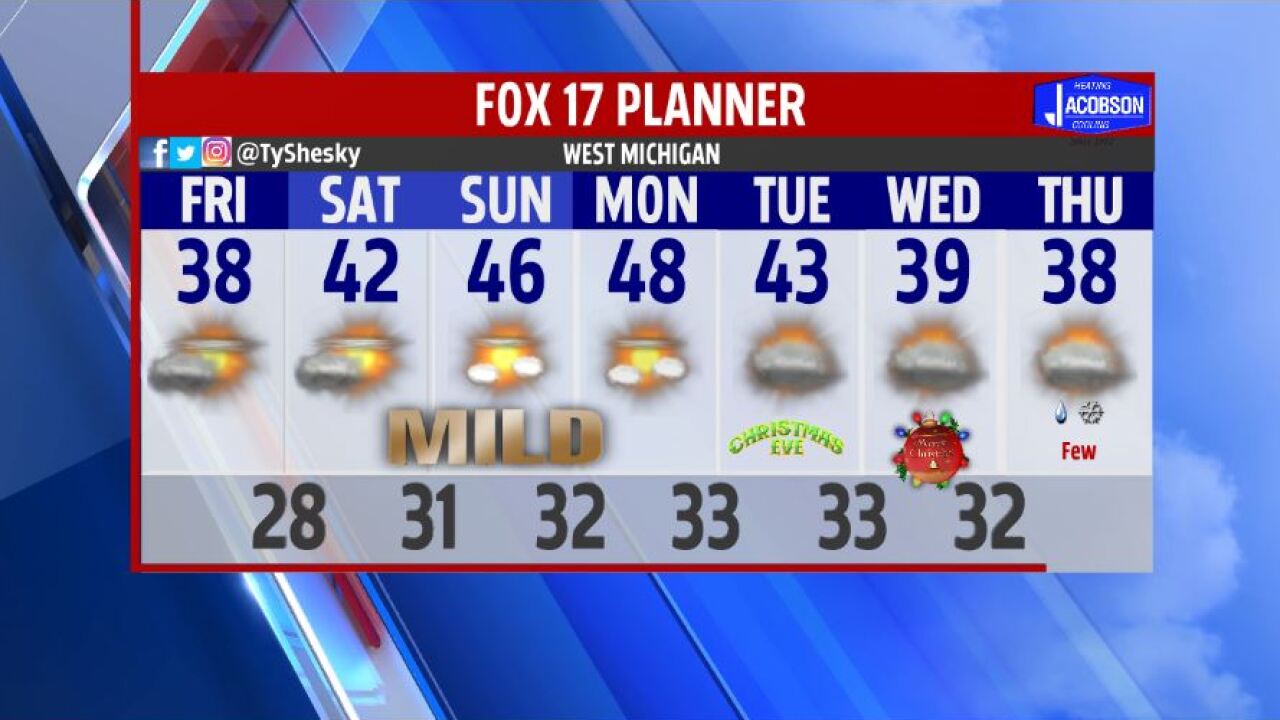 GRAND RAPIDS, Mich. — The forecast from FOX 17 Meteorologist Erik Kostrzewa: The warming trend will continue over the next couple of days with a general south or southwesterly flow. A trough of low pressure sliding through here Friday afternoon into Saturday morning will bring some clouds to the area, but no rain or snow is expected. In fact, the mild and dry pattern will last through Christmas.

TOMORROW: Partly sunny. Highs in the upper 30s. Southeast to south winds at 5 to 15 mph.

TOMORROW NIGHT: Mostly cloudy. Lows in the upper 20s. South to southwest winds at 5 to 10 mph.

SATURDAY: Mostly cloudy during the morning, then becoming partly sunny in the afternoon. Highs in the lower 40s. Southwest winds at 5 to 15 mph.

SUNDAY: Partly cloudy and even milder. Highs in the middle 40s.