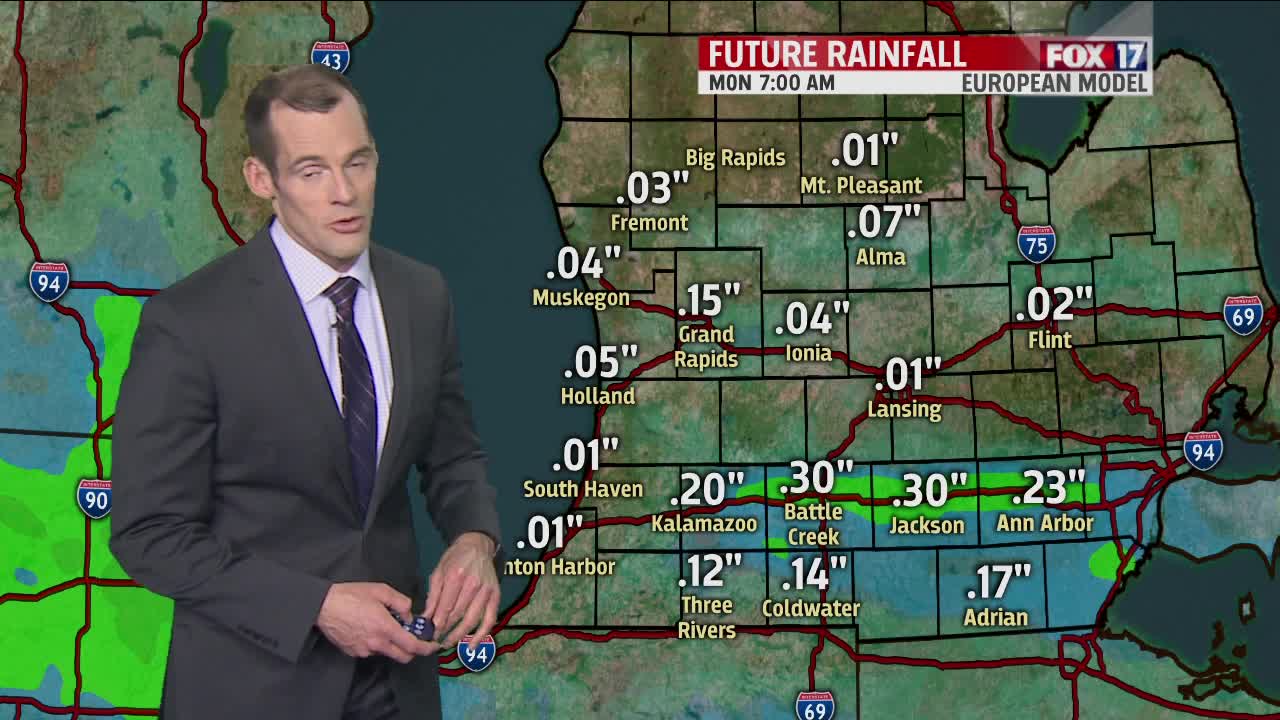 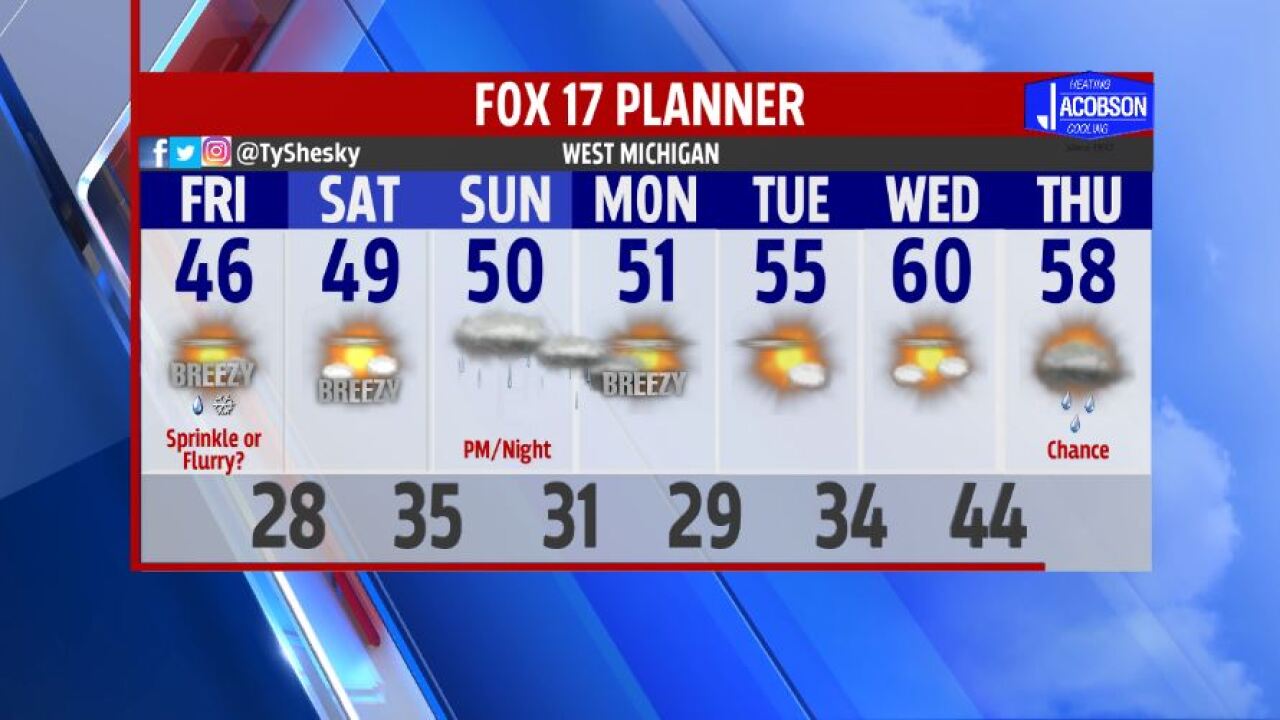 WEST MICHIGAN — The forecast from FOX 17 Meteorologist Ty Shesky: A strong upper low to our northeast will keep pulling chilly air down from Canada into the Great Lakes region over the next couple of days. For the most part, the weather looks dry. However, it will be unusually cold for this time of year with a strong northwesterly flow. An upper level disturbance sliding in from the Plains will bring showers to the area Sunday into Sunday night.

TONIGHT: Mostly clear and cold. Areas of frost with lows in the lower 30s. Northwest to northeast winds at 5 to 10 mph.

TOMORROW: Areas of early morning frost. Otherwise, partly cloudy and unseasonably cold. Chance of a few sprinkles or flurries, but no accumulation expected. Highs in the middle 40s. Breezy with north/northwest winds at 15 to 20 mph with higher gusts.

TOMORROW NIGHT: Clear to partly cloudy. A widespread frost/freeze is likely. Lows in the upper 20s, but even colder in outlying areas. Northwest winds at 5 to 10 mph.

SATURDAY: Partly cloudy. A bit warmer, but still unseasonably cold with temperatures more typical of March than May. Highs in the upper 40s to near 50. Northwest to west winds at 10 to 15 mph.

SUNDAY: Clouds increase. A chance for showers. Highs around 50 to the low 50s.