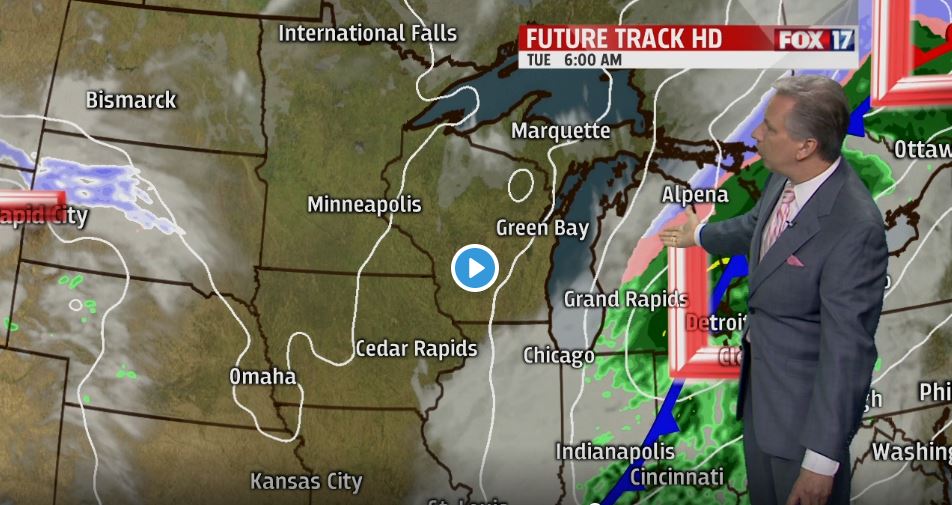 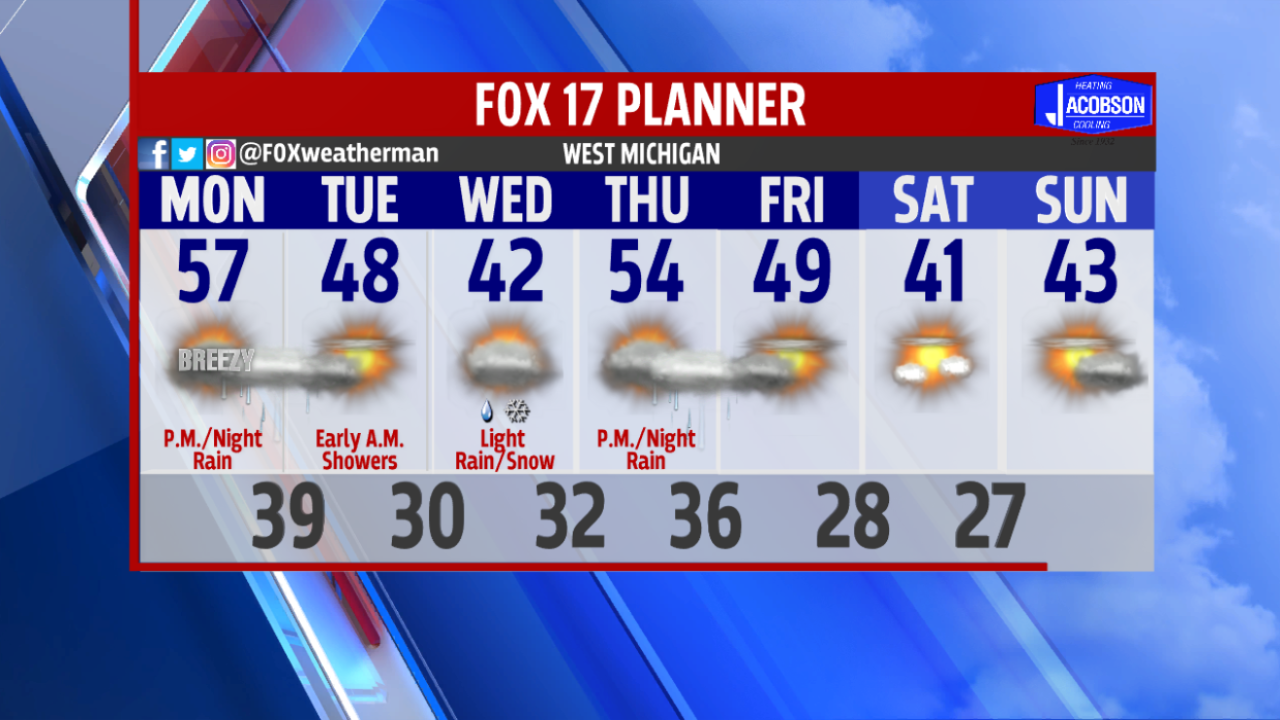 GRAND RAPIDS — The FOX 17 forecast from Chief Meteorologist Kevin Craig: After temperatures topping the 60 degree mark in many locations Sunday, most lows overnight will only fall into the mid/upper 40s. Look for the clouds to thicken Monday with rain showers developing through the afternoon and continuing into early Tuesday. We can't even rule out a rumble of thunder. Temps cool a little through the week with a few rain/snow showers possible Wednesday.

TONIGHT: Clear to partly cloudy, breezy, and mild. Lows in the upper 40s to around 50. Winds south/southwest at 10 to 15 mph.

MONDAY: Becoming mostly cloudy. Rain develops through the afternoon and continues through the evening and overnight. Breezy too. Many locations will likely tally between .50" and 1" of rain. Highs still mild in the mid/upper 50s to near 60. Winds southwest at 10 to 20mph.

TUESDAY: Some early morning lingering showers otherwise becoming partly cloudy through the afternoon. Cooler too. Highs in the mid/upper 40s. Winds northwest at 10 to 15 mph.

WEDNESDAY: Becoming mostly cloudy with the chance of some light rain/snow showers. Highs in the lower 40s.