Much less humid tomorrow and into the weekend 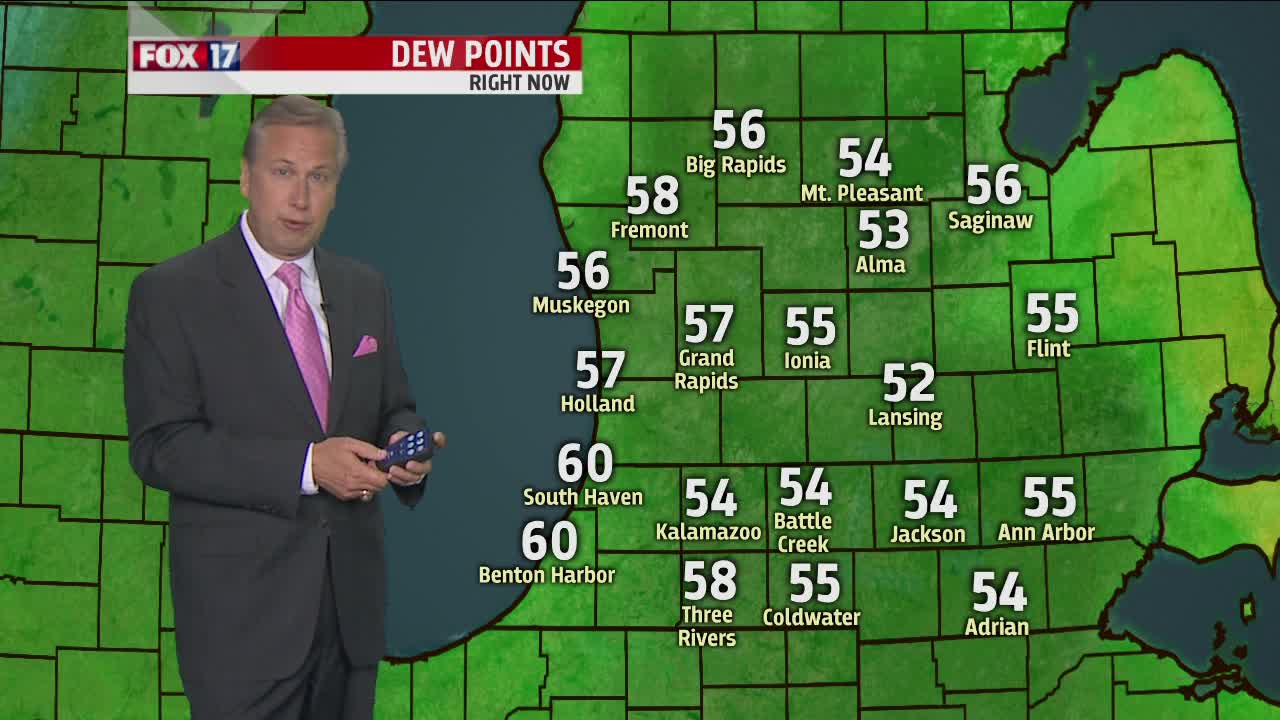 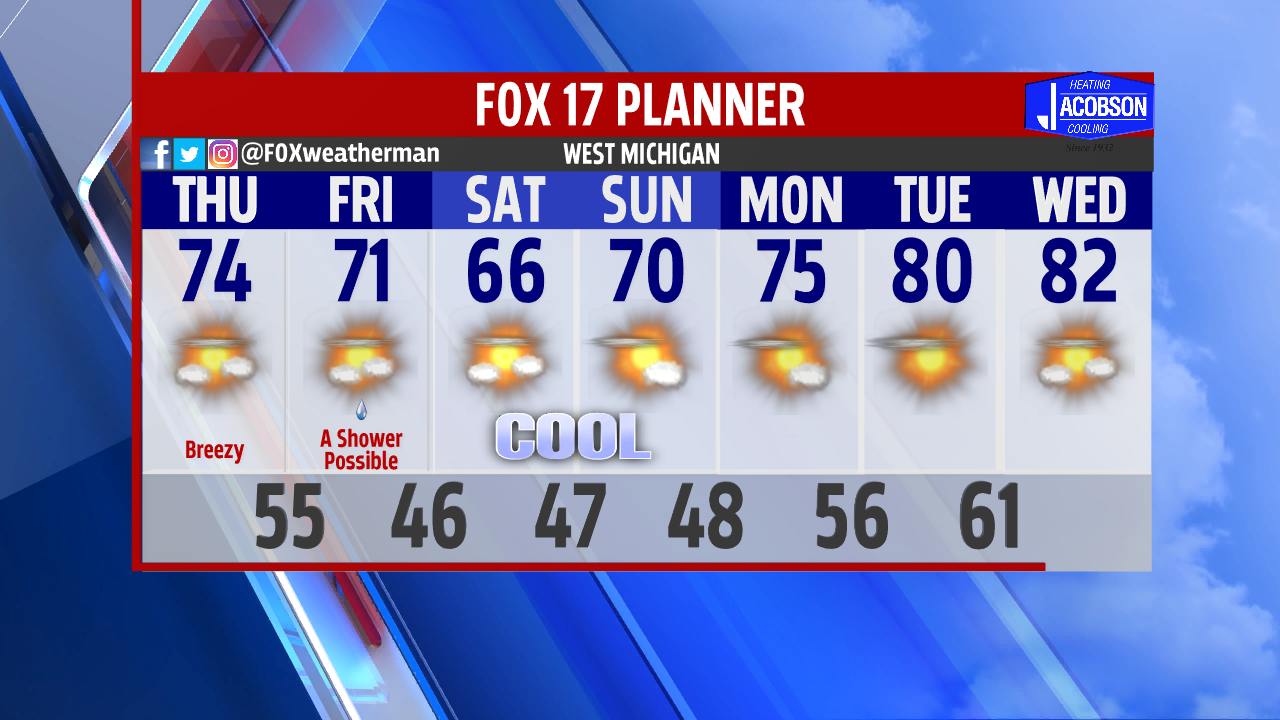 WEST MICHIGAN — The forecast from FOX 17 Chief Meteorologist Kevin Craig: The severe weather threat is over for the FOX 17 viewing area. Behind a cold front, a lingering trough of low pressure aloft will regenerate some scattered showers overnight. This front will also usher in a much cooler and less humid airmass for the rest of the week and into the weekend. Other than an isolated shower Thursday/Friday, dry weather will dominate into the beginning to middle of next week.