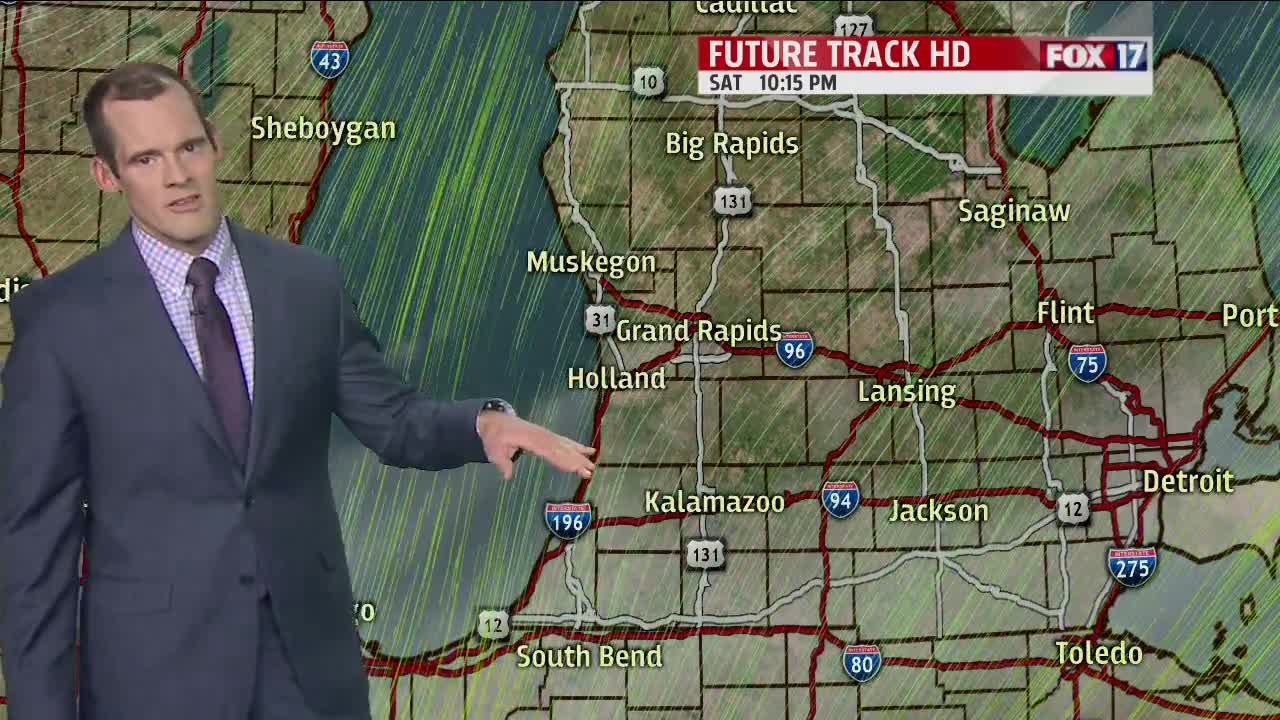 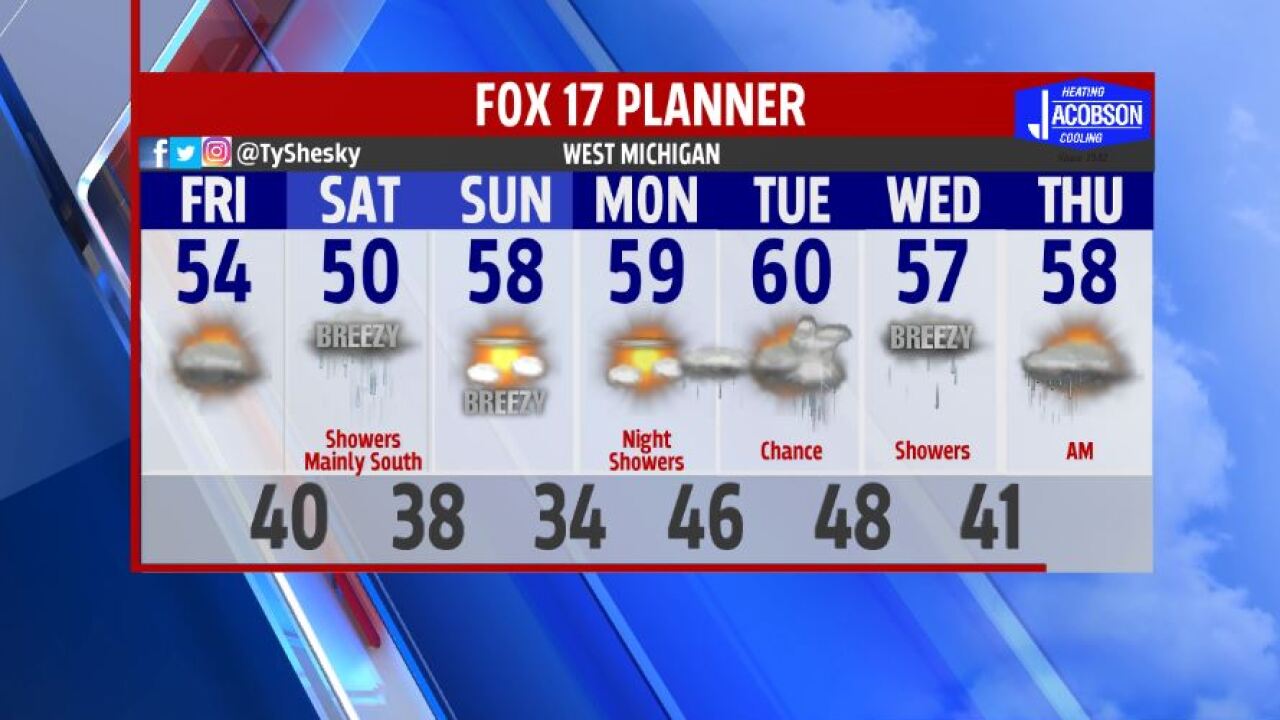 The forecast from FOX 17 Meteorologist Ty Shesky: Showers will diminish tonight as a trough of low pressure moves away from the area. Tomorrow we'll be in-between weather systems with weak high pressure in control, but low clouds will likely stick around. Another trough of low pressure brings showers to the area on Saturday, especially from I-96 southward. Sunday looks like a better day as that system moves away and high pressure builds in for the afternoon.

TONIGHT: Mostly cloudy. A spot shower still possible before 2am. Lows in the upper 30s. East/northeast winds at 5 to 10 mph.

TOMORROW: Mostly cloudy. Not as cool with highs in the low to mid 50s. Northeast wind around 5 mph.

TOMORROW NIGHT: Mostly cloudy. A chance of showers after midnight. Lows around 40. Northeast winds at 10 to 15 mph.

SATURDAY: Mostly cloudy. A good chance for showers especially from from around Grand Rapids and southward. Highs near 50. Breezy with northeast winds at 10-20 mph.

SUNDAY: Partly cloudy, breezy, and warmer. Highs in the middle to upper 50s.