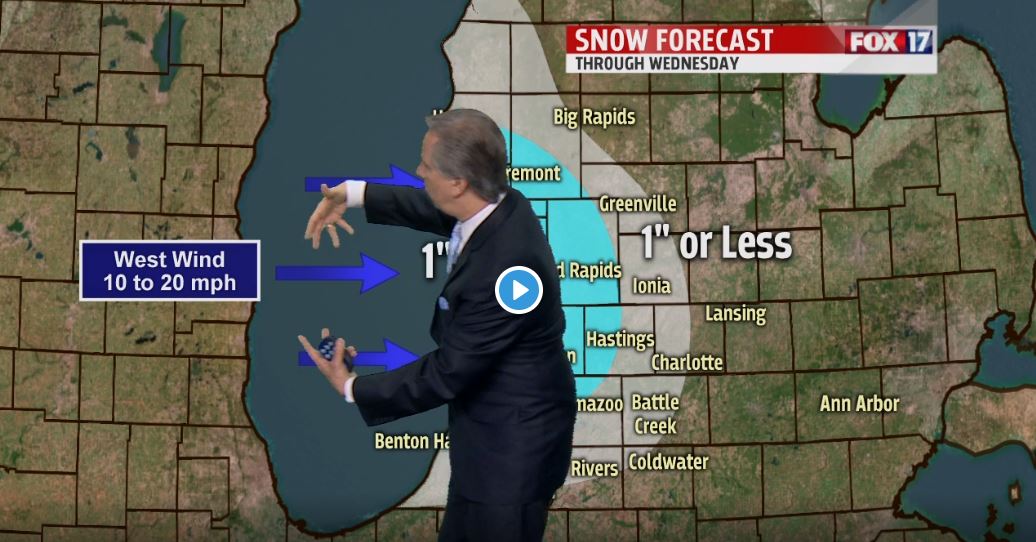 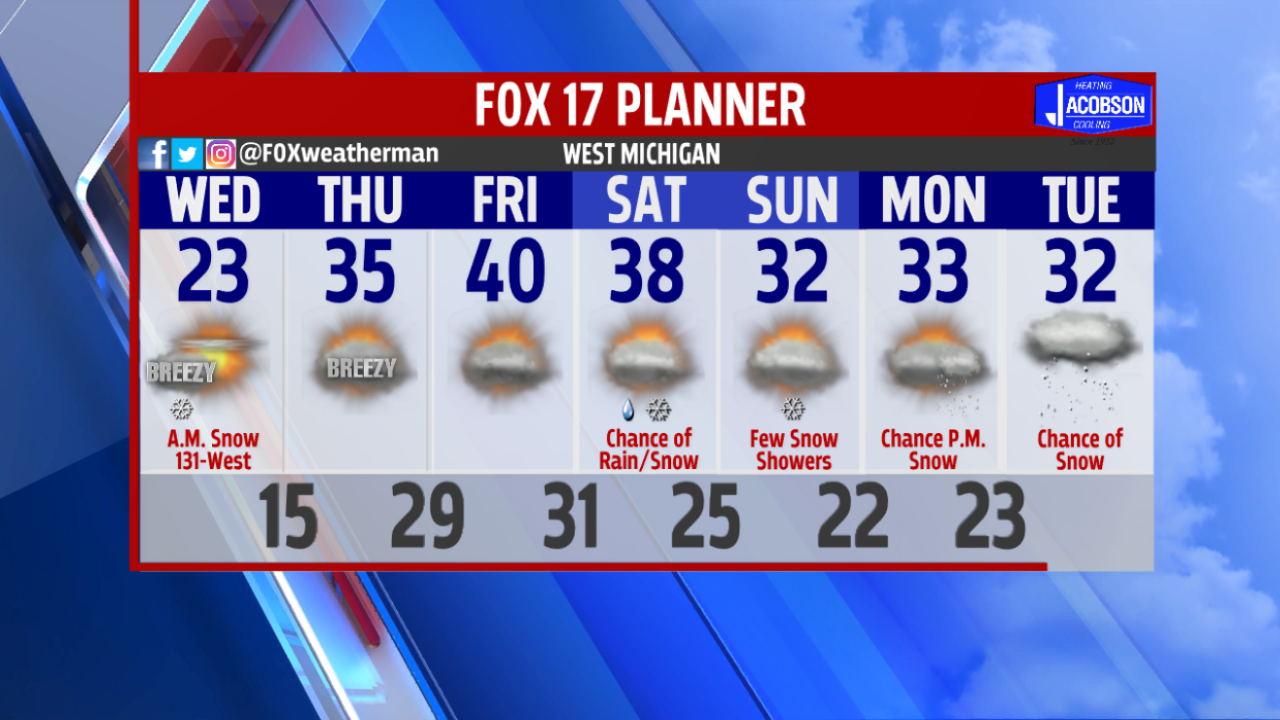 WEST MICHIGAN — The forecast from FOX 17 Chief Meteorologist Kevin Craig: An area of high pressure over the central Plains will gradually settle into the area by Wednesday afternoon. This will gradually put an end to our lake effect snow showers, and some areas will see sunshine by Wednesday afternoon. A minor disturbance moving through the northern part of Michigan on Thursday could bring a few snow showers to some of our northern communities north of I-96.

TONIGHT: Lake effect snow showers, mainly along/west of U.S. 131. Lows in the mid/upper teens. West/southwest winds at 10 to 15 mph.
TOMORROW/WEDNESDAY: Lake effect snow showers, mainly along/west of U.S. 131 through about midday. Another 1" to 2" possible. Becoming partly sunny in the afternoon with highs in the low/mid 20s. West winds at 10 to 20 mph. Wind chills in the single digits.
TOMORROW NIGHT: Partly cloudy and cold. Lows in the middle teens. Light and variable wind becoming southeast at 5 to 10 mph.
THURSDAY: Mostly cloudy, breezy, and milder. Highs in the middle 30s. Southeast winds at 10 to 20 mph becoming southerly in the afternoon.