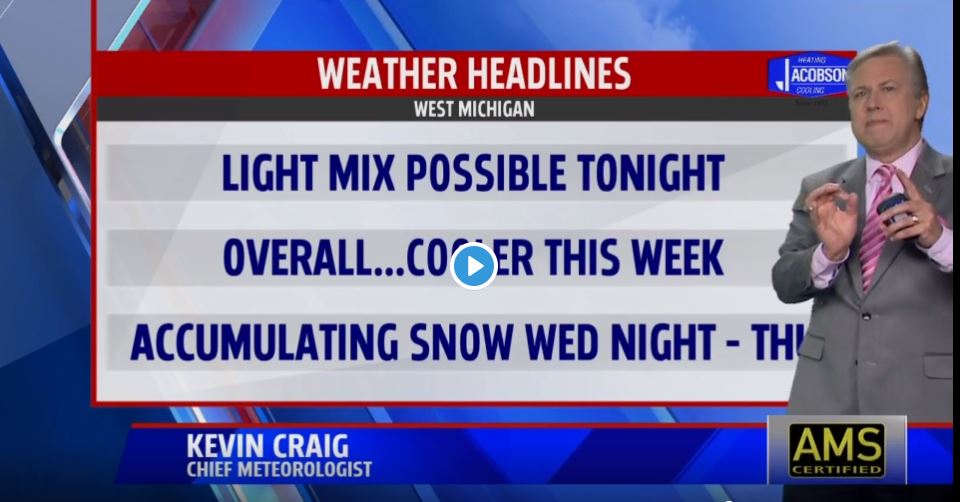 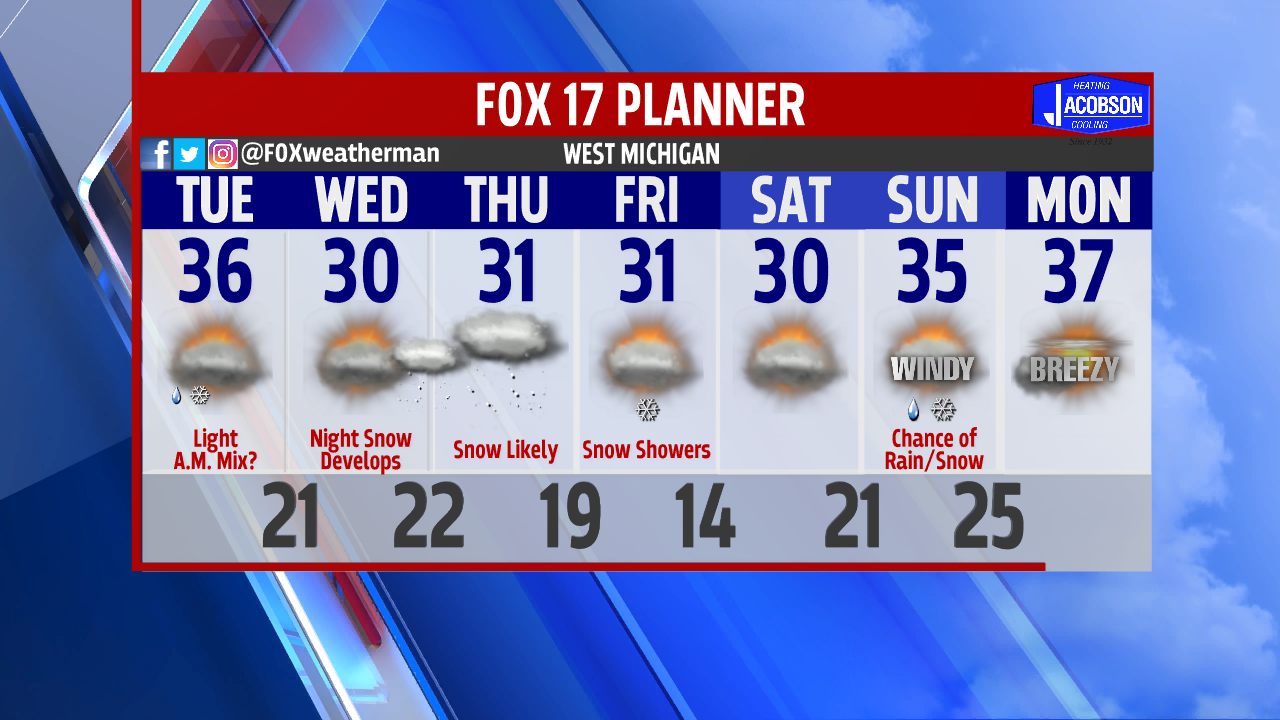 GRAND RAPIDS — The forecast from FOX 17 Chief Meteorologist Kevin Craig: Low pressure moving across the Ohio Valley will bring a chance of drizzle, changing to freezing drizzle or light snow showers by sunrise. This could be just enough for a slippery morning commute on Tuesday. However, a much bigger system will track across the lower Great Lakes on Thursday with the possibility of several inches of snow for the area. Stay tuned for updates.

TONIGHT: Becoming mostly cloudy with a chance of a light mix of drizzle, freezing drizzle, or snow showers late. Lows around 30. Winds northeast/north at 5 to 15 mph.
TOMORROW: Mostly cloudy and breezy with the chance of a light mix of drizzle or snow showers in the morning, otherwise partly sunny to mostly cloudy and cooler. Highs in the mid 30s. Winds north at 10 to 15 mph.
TOMORROW NIGHT: Becoming partly cloudy. Colder with lows in the lower 20s. North winds at 5 to 10 mph becoming northeast late.
WEDNESDAY: Morning sunshine, otherwise becoming mostly cloudy. A chance of snow showers after sunset. Highs around 30. East/northeast winds at 5 to 10 mph.
THURSDAY: Snow likely, especially from around Grand Rapids to the south and east. Highs in the lower 30s.