A few record lows could be set Saturday morning 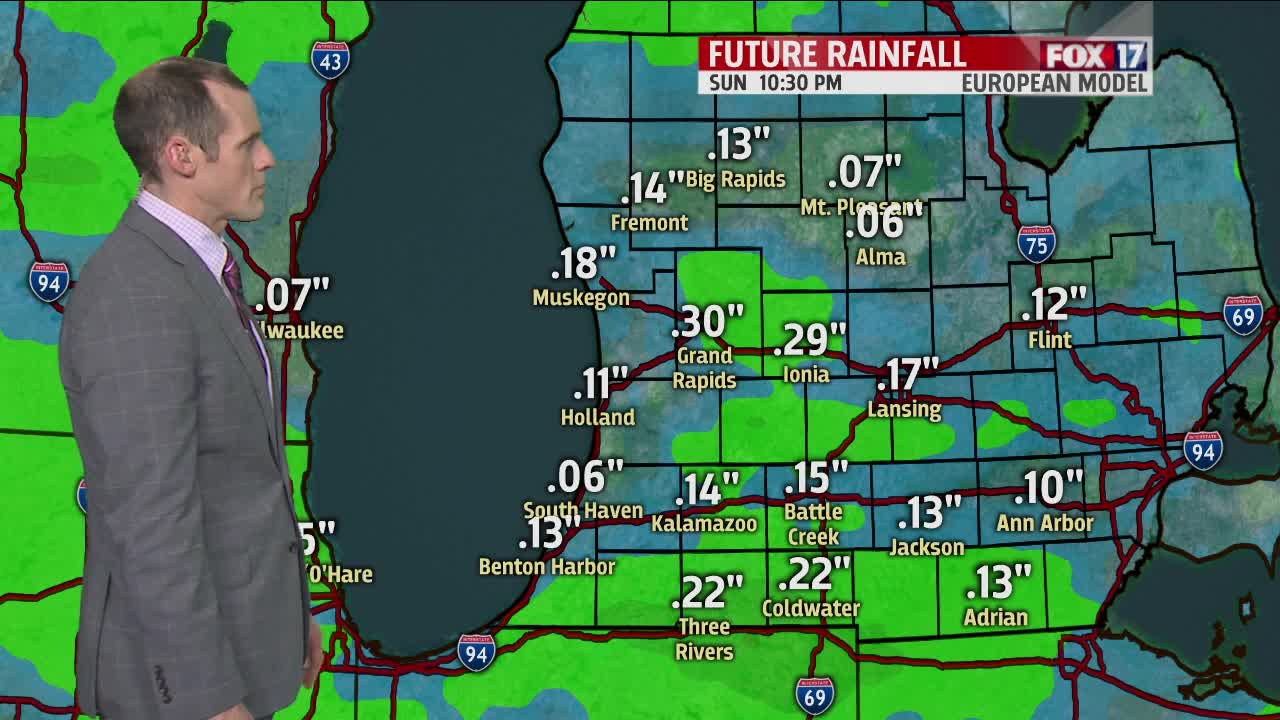 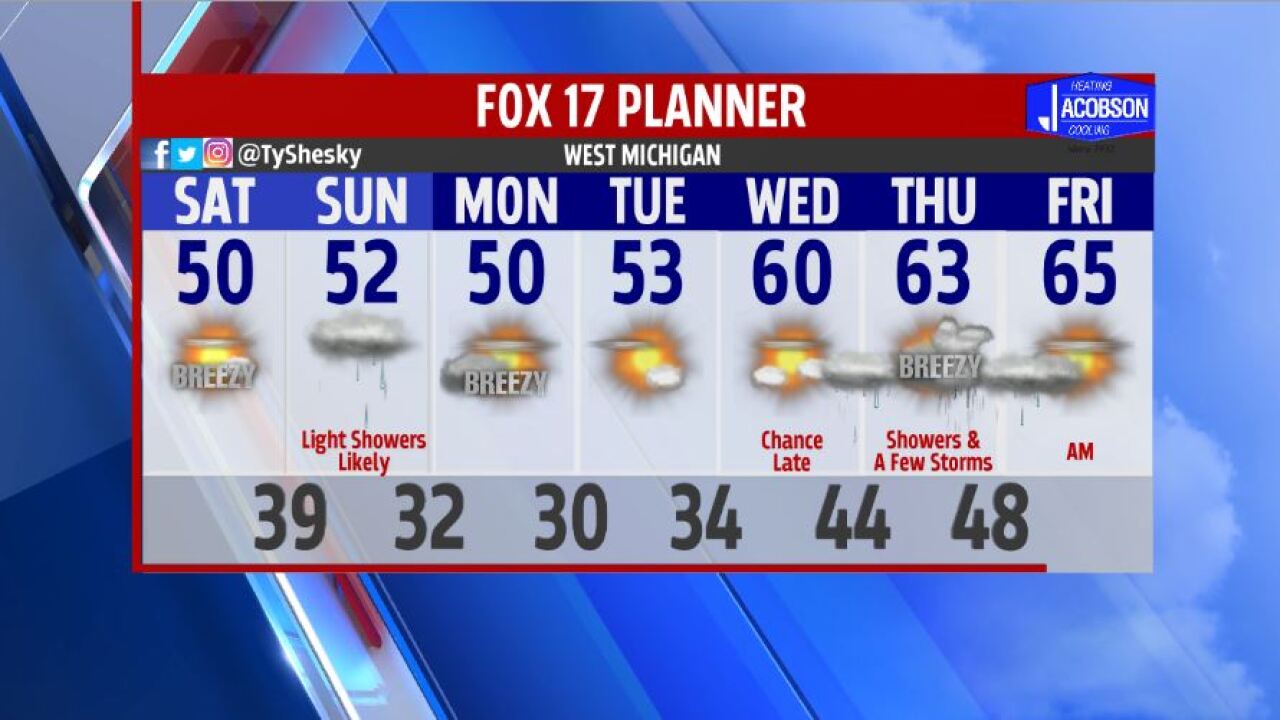 WEST MICHIGAN — The forecast from FOX 17 Meteorologist Ty Shesky: **A freeze warning takes effect at 11pm tonight and goes through 9am Saturday morning for most of West Michigan.** An upper level low rotating through eastern Ontario/western Quebec will finally pull away from the region tomorrow, allowing a bit of recovery in temperatures with a small ridge of high pressure settling in for the day. A new system will quickly come in from the west on Sunday, however, giving us some damp weather to end the weekend.

TONIGHT: Mostly clear. A widespread frost/freeze is expected. Lows in the upper 20s, but even colder in outlying areas. Northwest winds to west at 10 to 15 mph switching to the west/southwest and subsiding to 5 to 10 mph.

TOMORROW: Partly cloudy, breezy, and not as cold. Highs will be around 50, which is still 15 to 20 degrees below average for this time of year. West winds at 10 to 20 mph, gusting to 30 mph.

TOMORROW NIGHT: Becoming mostly cloudy. Milder with lows in the upper 30s to near 40. Southwest winds at 6 to 12 mph becoming southerly.

SUNDAY: Cloudy with light rain showers likely. Highs around 50. South winds at 5 to 15 mph becoming northwesterly in the afternoon.