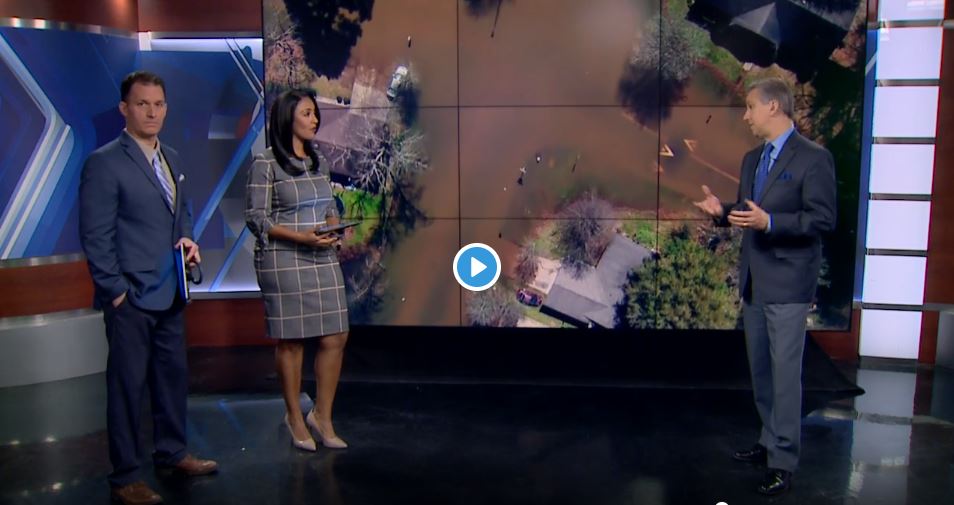 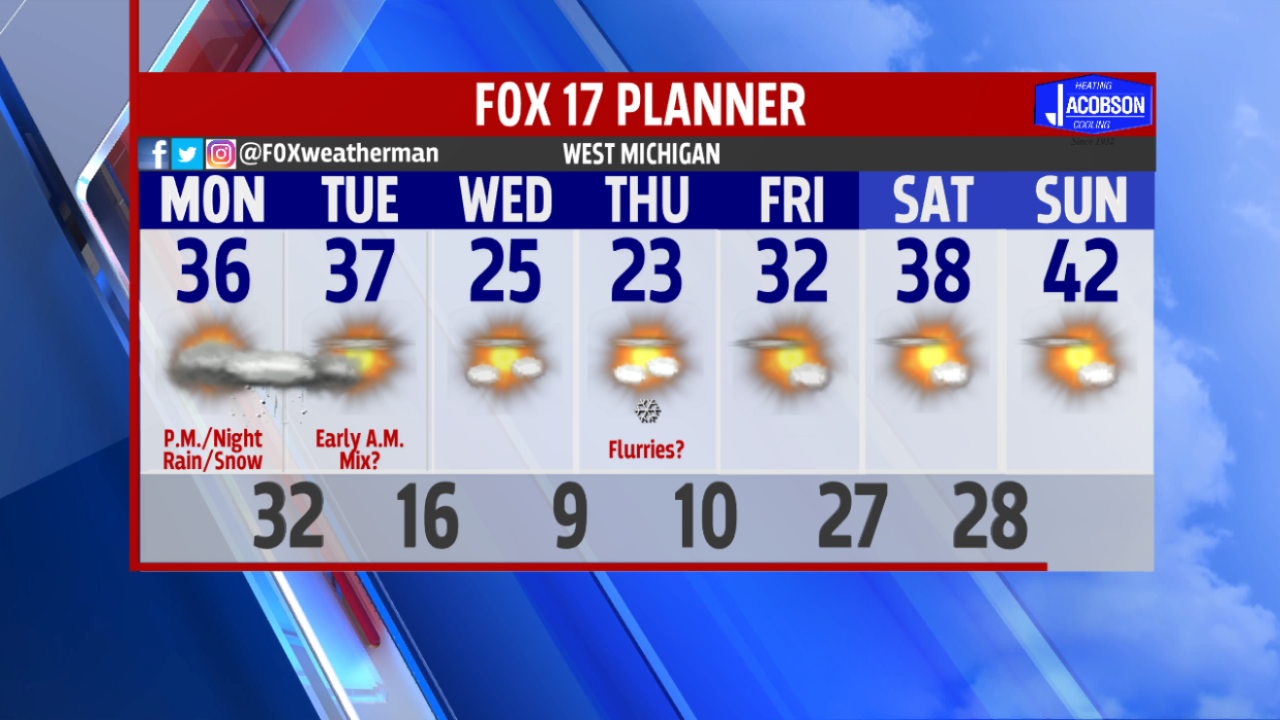 GRAND RAPIDS — The forecast from FOX 17 Chief Meteorologist Kevin Craig: While our weather will be dry and quiet overnight, look for the clouds to thicken on Monday with a mix of rain/snow developing through the afternoon and continuing into the nighttime hours. Areas south of Grand Rapids will see a rain/snow mix with an inch or less of snow accumulation, while Grand Rapids and vicinity see a rain/snow mix with a one to two accumulation possible. Locations north of Grand rapids will likely see more snow than rain, with accumulations on the order or 2" to 3" possible by Tuesday morning. Strong, cold, Canadian high pressure settles in for the remainder of the week with generally dry and quiet conditions, but sharply colder air by Wednesday and Thursday. Some sunshine will prevail most of this week, and temperatures will eventually warm in the upper 30s/lower 40s by next weekend.

TONIGHT: Becoming partly cloudy. Continued dry and quiet. Lows in the upper teens to around 20. Winds north/east at 5 to 10 mph.

TOMORROW/MONDAY: Becoming mostly cloudy with a rain/snow mix developing in the afternoon. It will likely be more rain south of Grand Rapids, and more snow north of Grand Rapids. Accumulations by late Monday night on the order of 1" to 3" from Grand Rapids northward...with the highest amounts across Oceana, Newaygo, and Mecosta Counties. Highs in the mid 30s. Winds east/southeast at 10 to 15 mph.

WEDNESDAY: Partly cloudy to partly sunny and cooler. Highs in the mid 20s. Winds northwest at 10 to 15 mph.