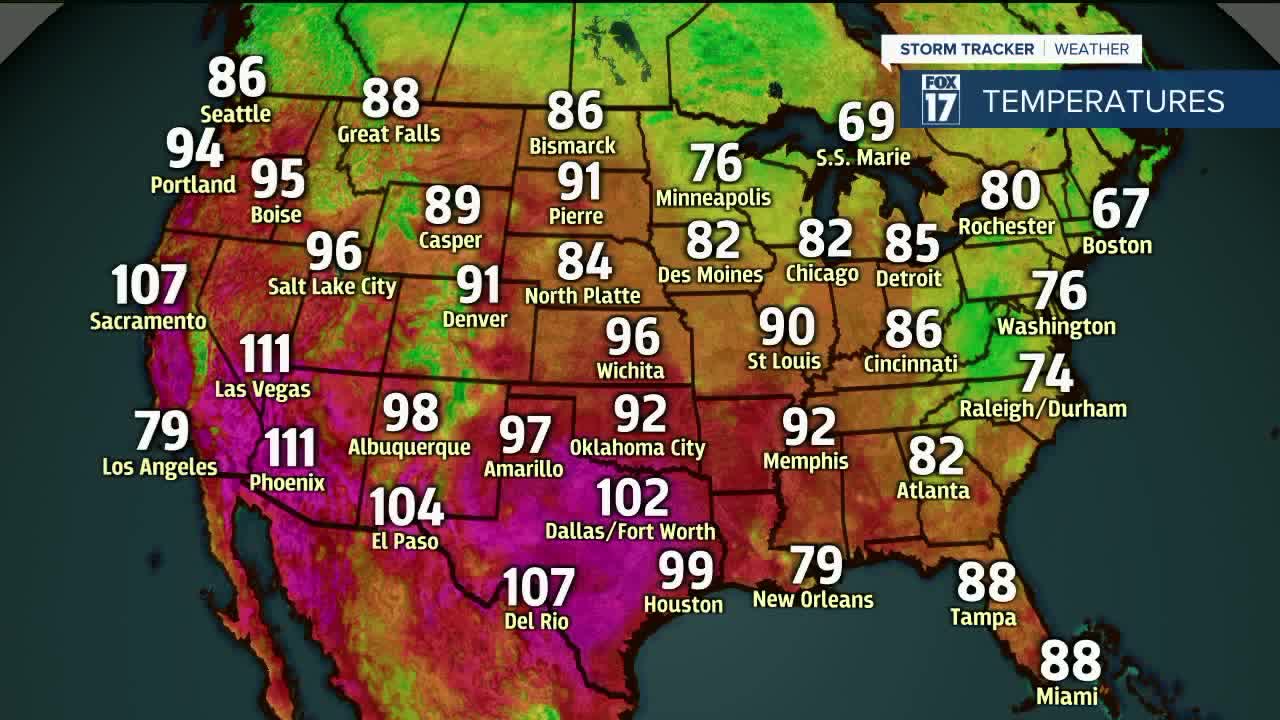 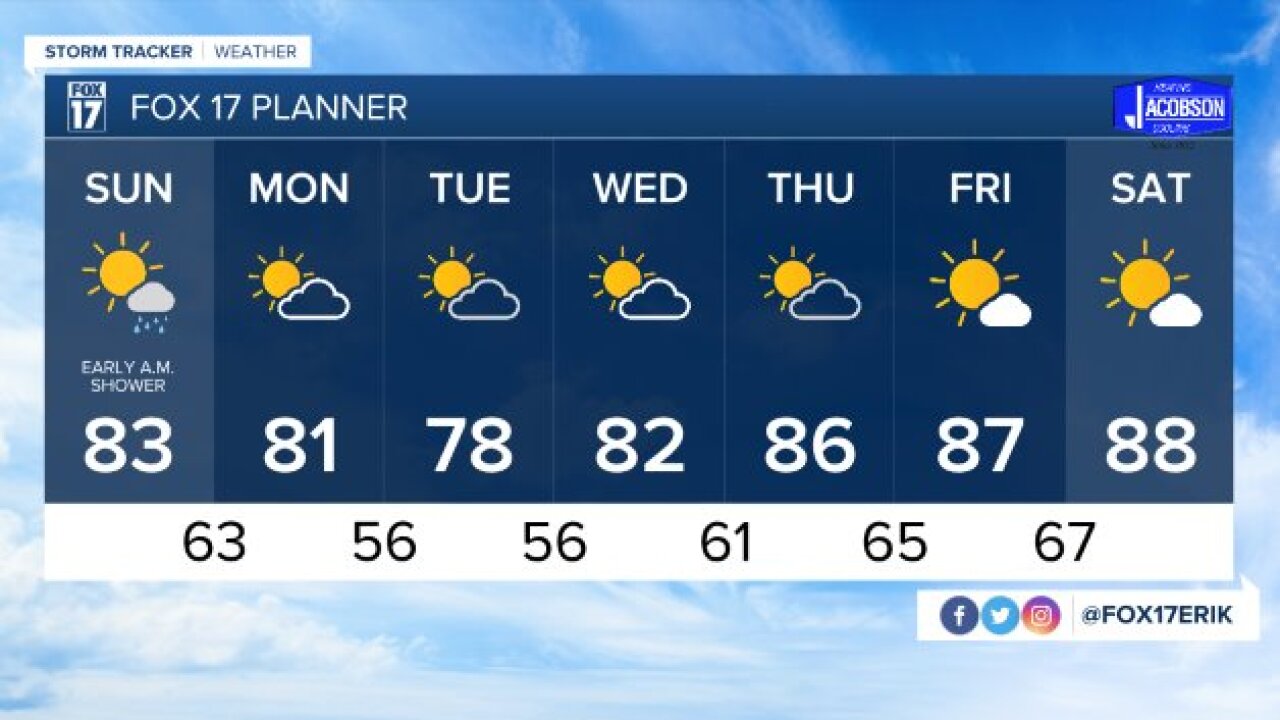 GRAND RAPIDS — The forecast from FOX 17 Meteorologist Erik Kostrzewa: Scattered showers and even a few thunderstorms are in the forecast through daybreak Sunday with drier air working in thereafter. Sunshine will return mainly for the afternoon and evening tomorrow. Any rain that we get tonight will be it for at least a week. The pattern looks cooler along with lower humidity to begin this coming workweek. Warmth, however, builds again later in the 7-day.

TONIGHT: Partly to mostly cloudy. A chance of showers and thundershowers. Muggy with lows in the mid to upper 60s. Light and variable wind becoming northwest around 5 mph.

SUNDAY: Partly cloudy. A few early morning showers, possibly a thundershower. Humidity drops off. Highs in the lower 80s. Northwest to west winds at 10 to 15 mph.

TUESDAY: Continued party cloudy skies. Low humidity and the coldest day of the week. Highs in the upper 70s.