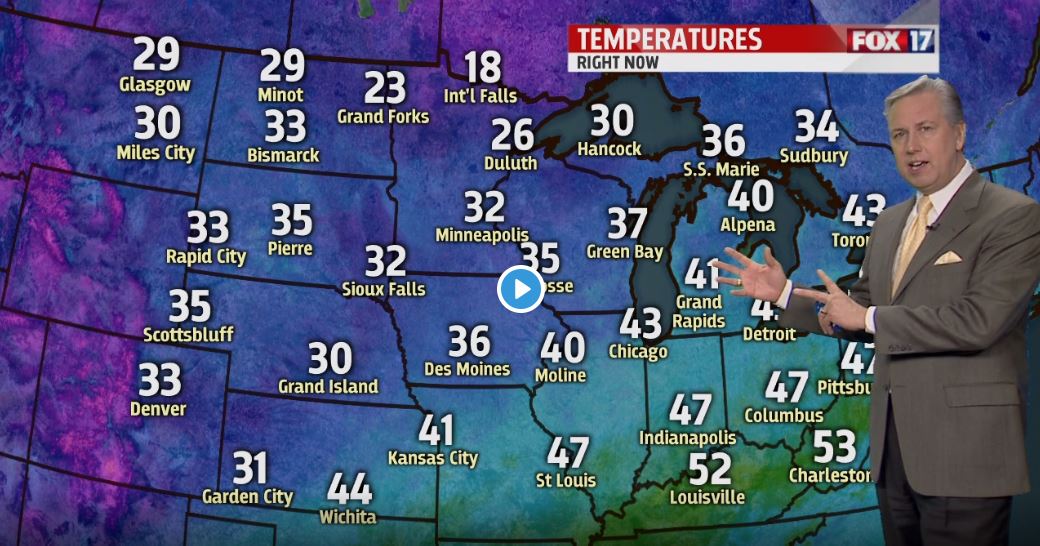 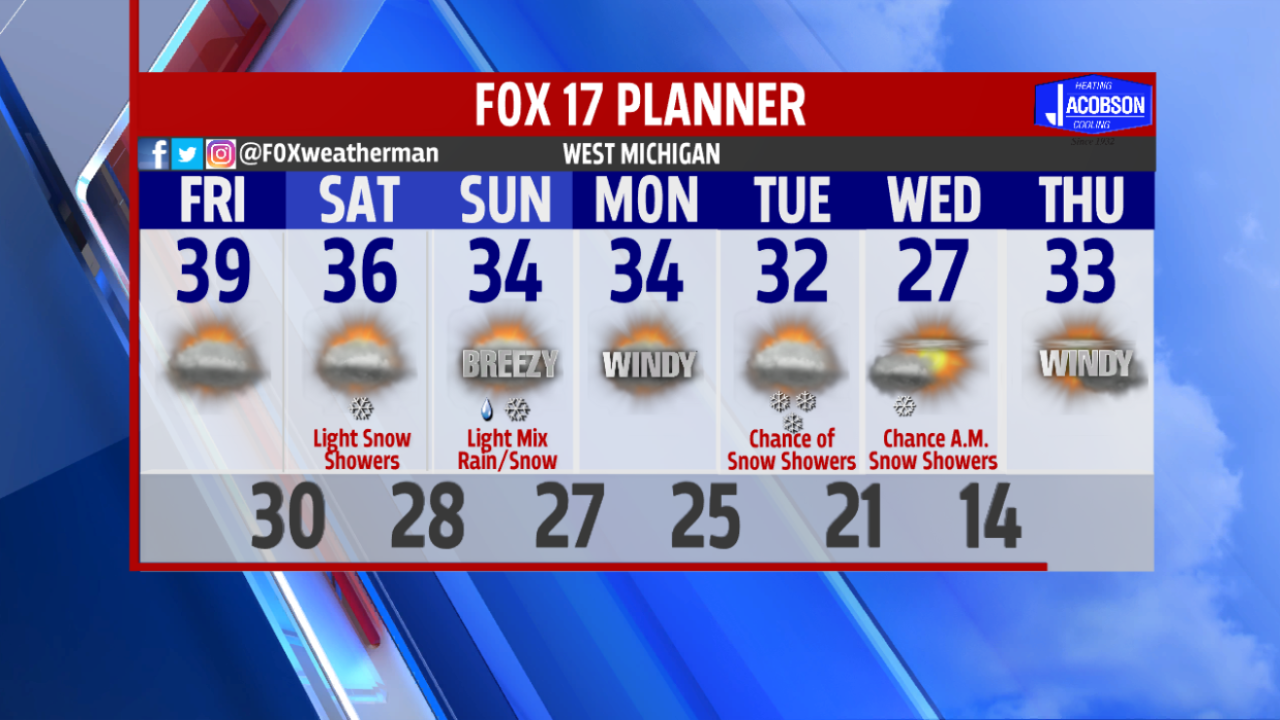 WEST MICHIGAN — The forecast from FOX 17 Chief Meteorologist Kevin Craig: A couple of fast-moving weather systems over the weekend could bring some snow showers to the area, possibly mixed with rain on Sunday. At this time, the chances of getting accumulating snow look minimal until at least Tuesday of next week.

TONIGHT: Partly to mostly cloudy and mild. Lows in the low to mid 30s. West winds at 5 to 10 mph.

TOMORROW: Partly sunny to mostly cloudy. Highs in the upper 30s to near 40. Winds west to northwest at 5 to 10 mph.

SATURDAY: Mostly cloudy with a few snow showers possible. Highs in the mid 30s. Northwest winds at 8 to 16 mph.

SUNDAY: Mostly cloudy with a chance of light rain or snow showers. Highs in the mid 30s.