Damaging Wind is the Primary Threat 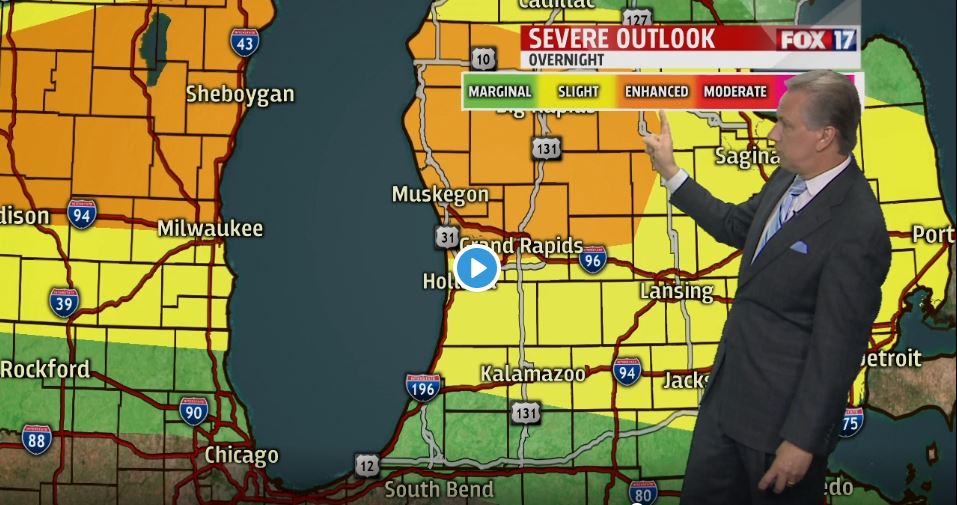 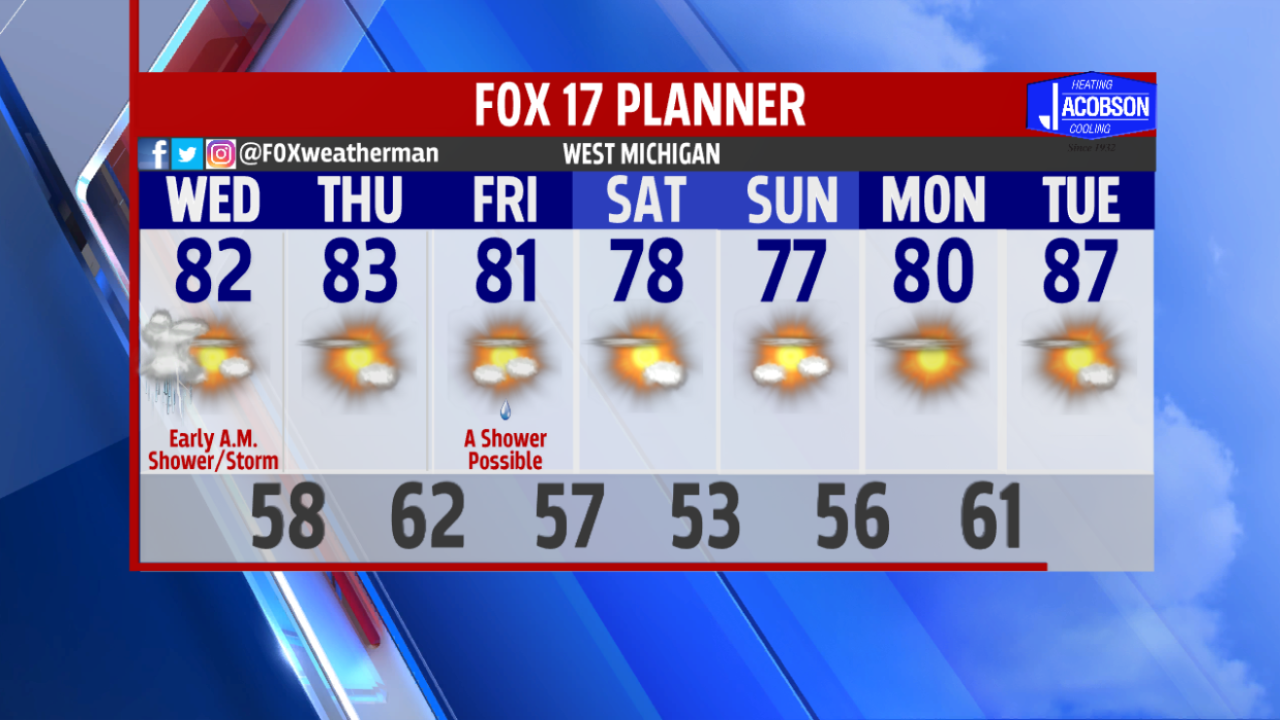 WEST MICHIGAN — The forecast from FOX 17 Chief Meteorologist Kevin Craig: A cold front will slide through the area overnight into early Wednesday morning. Along and ahead of this front, expect a round of showers and thunderstorms to push through the area from northwest to southeast. Some storms could be strong to severe, with damaging wind gusts of 60 mph or higher and 1" diameter hail possible. Expect less humid air to work into the region Wednesday behind this front.

TONIGHT: Mostly clear to partly cloudy during the evening, then becoming mostly cloudy with scattered showers and thunderstorms developing after midnight. Muggy with lows in the middle 60s. Southwest winds at 10 to 15 mph becoming westerly late.

TOMORROW: Chance of a shower or thunderstorm early in the morning, otherwise becoming partly cloudy. Less humid with highs in the lower 80s. Winds west-northwest at 8 to 15 mph.