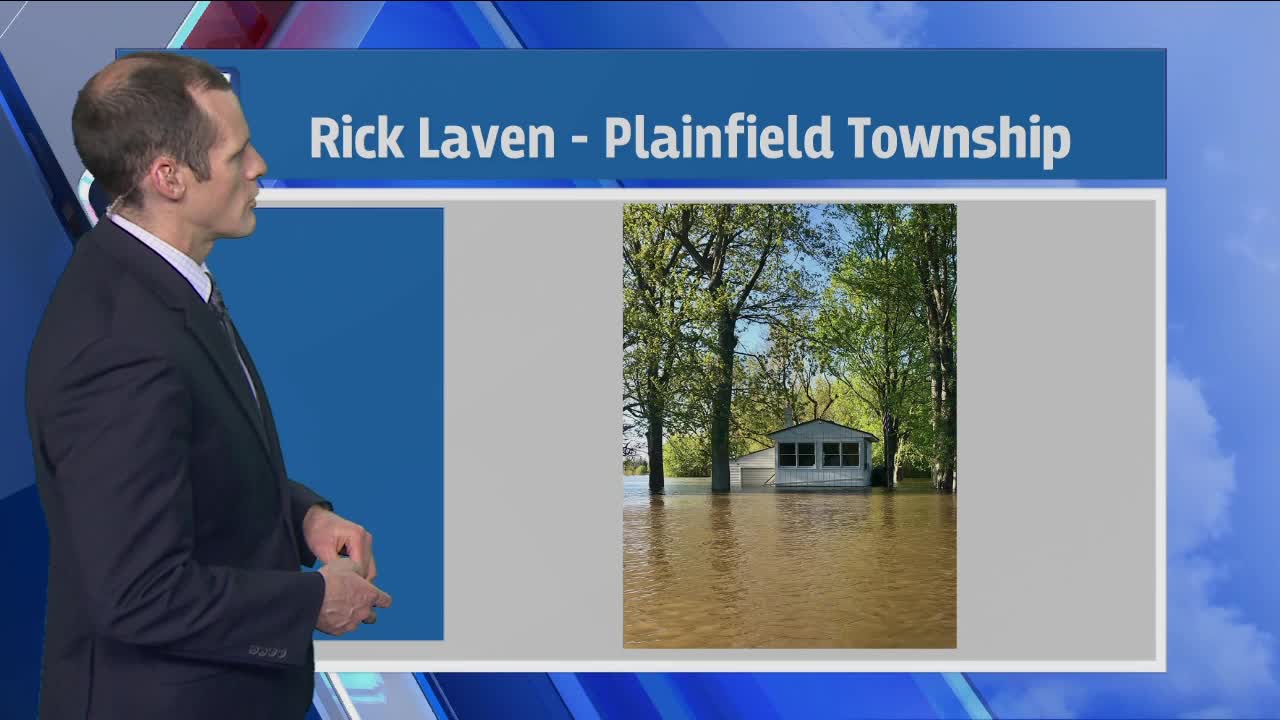 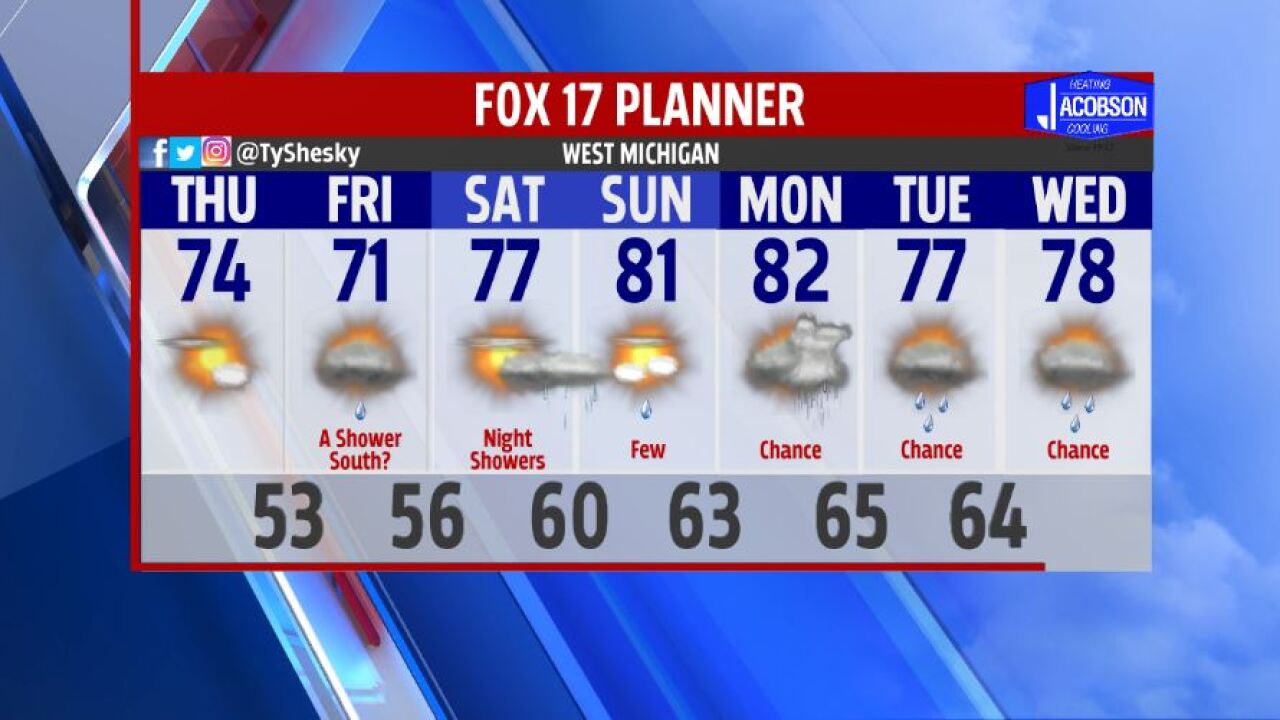 WEST MICHIGAN — The forecast from FOX 17 Meteorologist Ty Shesky: River flooding will continue through the rest of the week as most major basins will take days to crest. LAKESHORE FLOOD ADVISORIES are in effect for our immediate lakeshore counties through 10 P.M. tonight as standing water and flooding continues. There is a chance of more rain over the holiday weekend, but at this point in time rainfall amounts do not look heavy enough to cause additional flooding problems.

TOMORROW: Mostly sunny from Grand Rapids northward. Partly cloudy to the south. Highs in the lower to middle 70s. East winds at 7 to 15 mph.

FRIDAY: Partly to mostly cloudy. A slight chance of a shower, mainly to the south and east of Grand Rapids. Highs in the lower 70s.