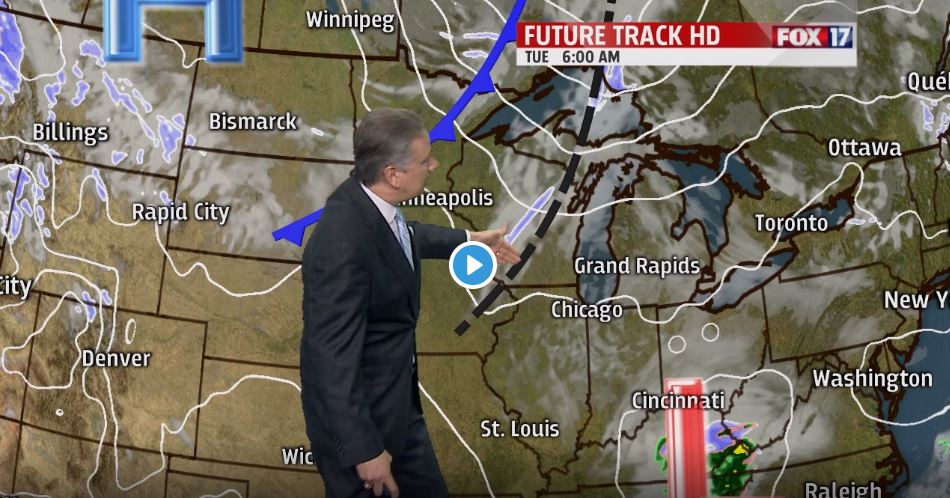 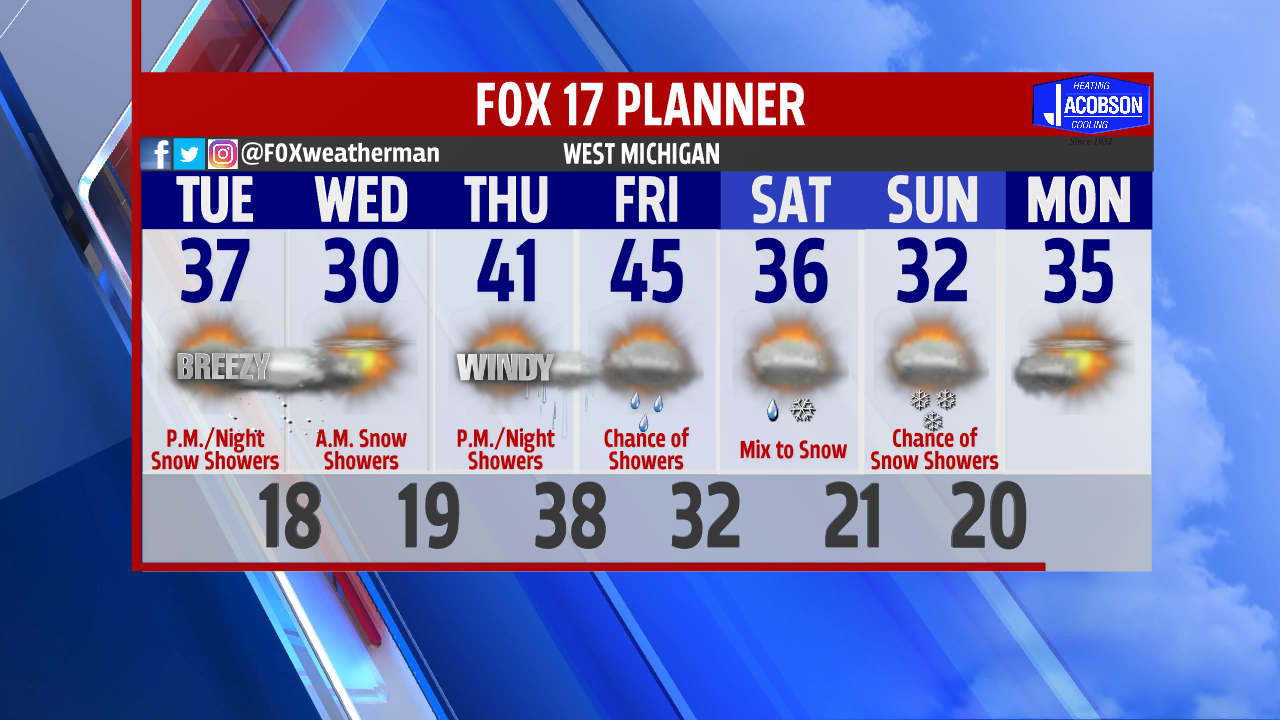 GRAND RAPIDS — The forecast from FOX 17 Chief Meteorologist Kevin Craig: Light snow showers are possible Tuesday afternoon and evening into Wednesday morning with some minor lake effect and/or lake enhancement. A couple of inches may fall in some of the typical lake effect areas, mainly northwest of Grand Rapids and along/west of U.S. 131. Colder air briefly punches in Wednesday with highs only in the upper 20s to near 30, before a stronger, more powerful moisture-laden system arrives with wind and rain on Thursday.

TONIGHT: Increasing clouds. Lows in the upper 20s. Winds southwest at 5 to 10 mph.

TOMORROW NIGHT: A few snow showers, especially by Lake Michigan. Lows in the upper teens. West/northwest winds at 15 to 25 mph.