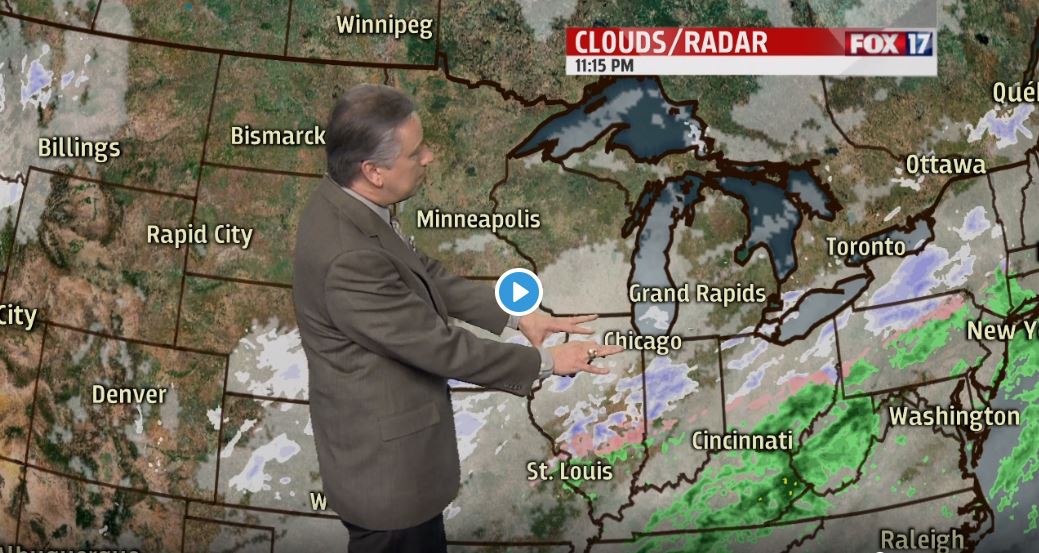 GRAND RAPIDS — The forecast from FOX 17 Chief Meteorologist Kevin Craig: Quiet and colder weather will remain with us overnight and into Wednesday ahead of our next big weather system. An area of low pressure will move across eastern Ohio sometime on Thursday morning with the potential for several inches of snow. The latest information we have on this system is that it could pass far enough to the south and east of us that we only get a glancing blow. It looks like most areas will escape with lighter totals now, with most of us seeing about 1" to 3". Some higher amounts of 3" to 4" south/east of Grand Rapids is possible.