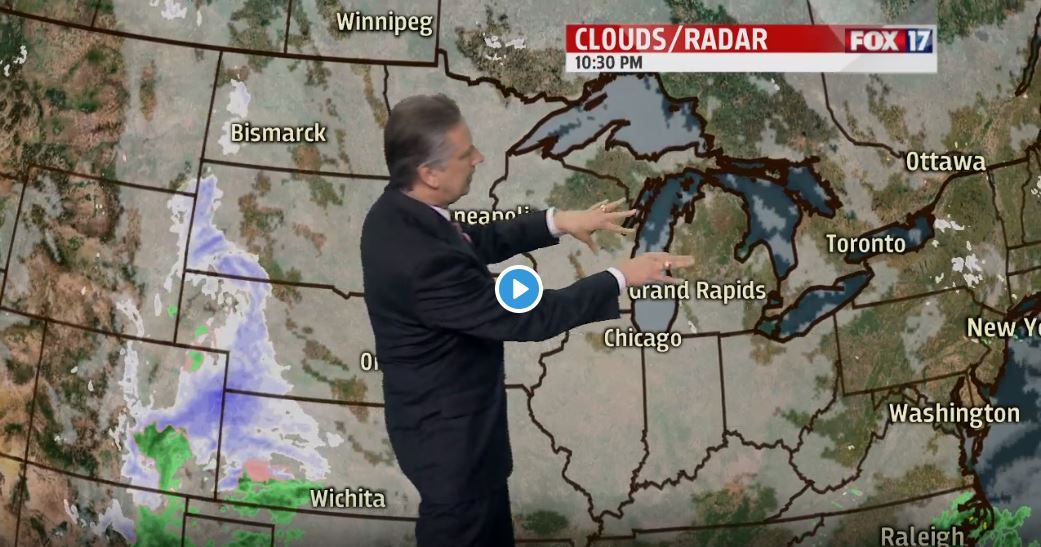 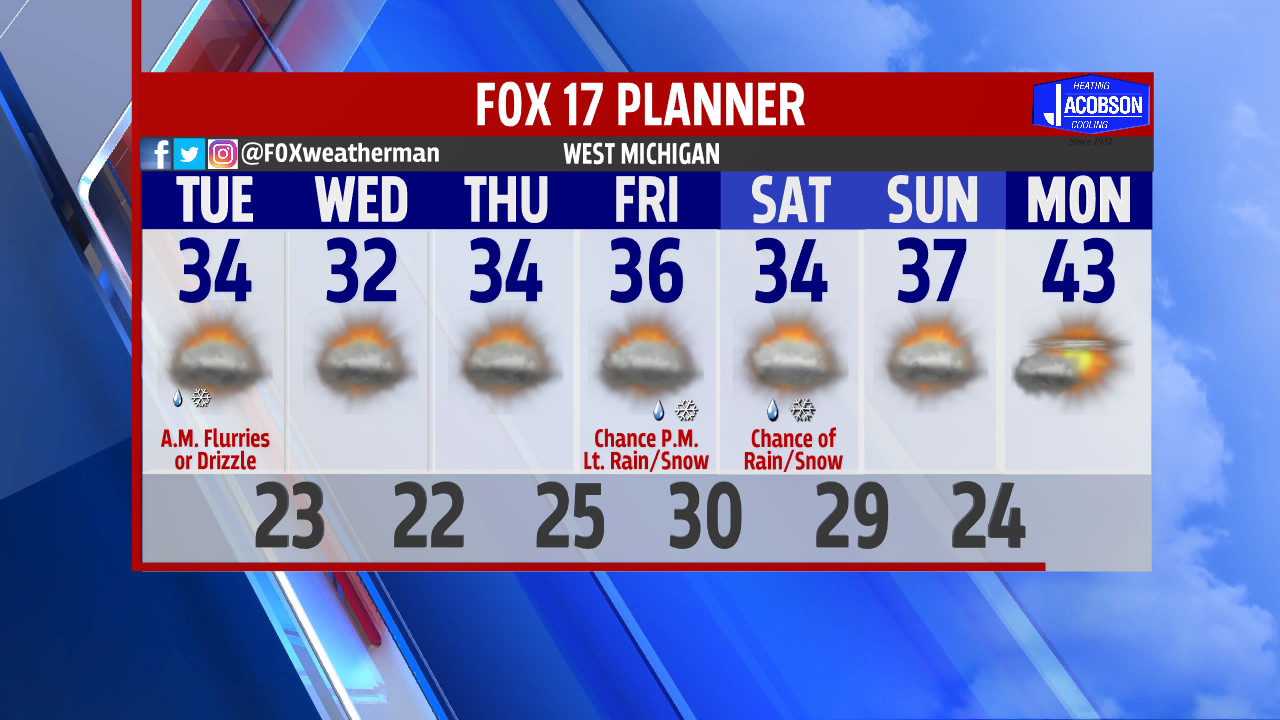 WEST MICHIGAN — The forecast from FOX 17 Chief Meteorologist Kevin Craig: Cloudy skies will generally continue to dominate West Michigan forecast much of this week. That said, temperatures will remain a bit above average in terms of highs in the low/mid 30s. Lows will also be mild with 20s to around 30. No major storms or significant weather is slated for us this week at this time. If you are looking for a return to more wintry conditions, we may see a shift towards that later in the first week of February.

TONIGHT: Mostly cloudy with the chance for some snow flurries/freezing drizzle late. Lows around 30. West/northwest winds around 5 mph.

TOMORROW NIGHT: Mostly cloudy. A bit colder with lows in the lower to middle 20s. Light and variable wind.

WEDNESDAY: Mostly cloudy. Highs in the lower 30s. East/northeast winds at around 5 mph.

THURSDAY: Partly to mostly cloudy. Highs in the lower to middle 30s.