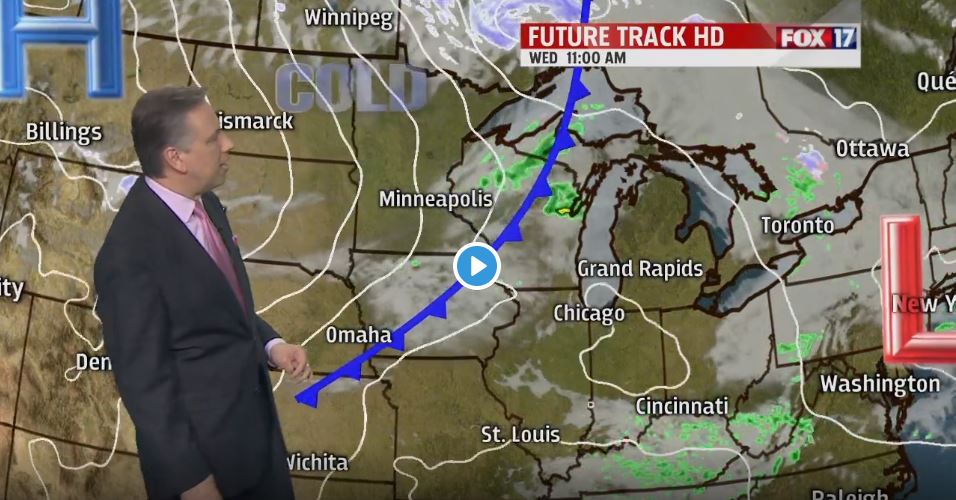 One More Warm Day on Wednesday 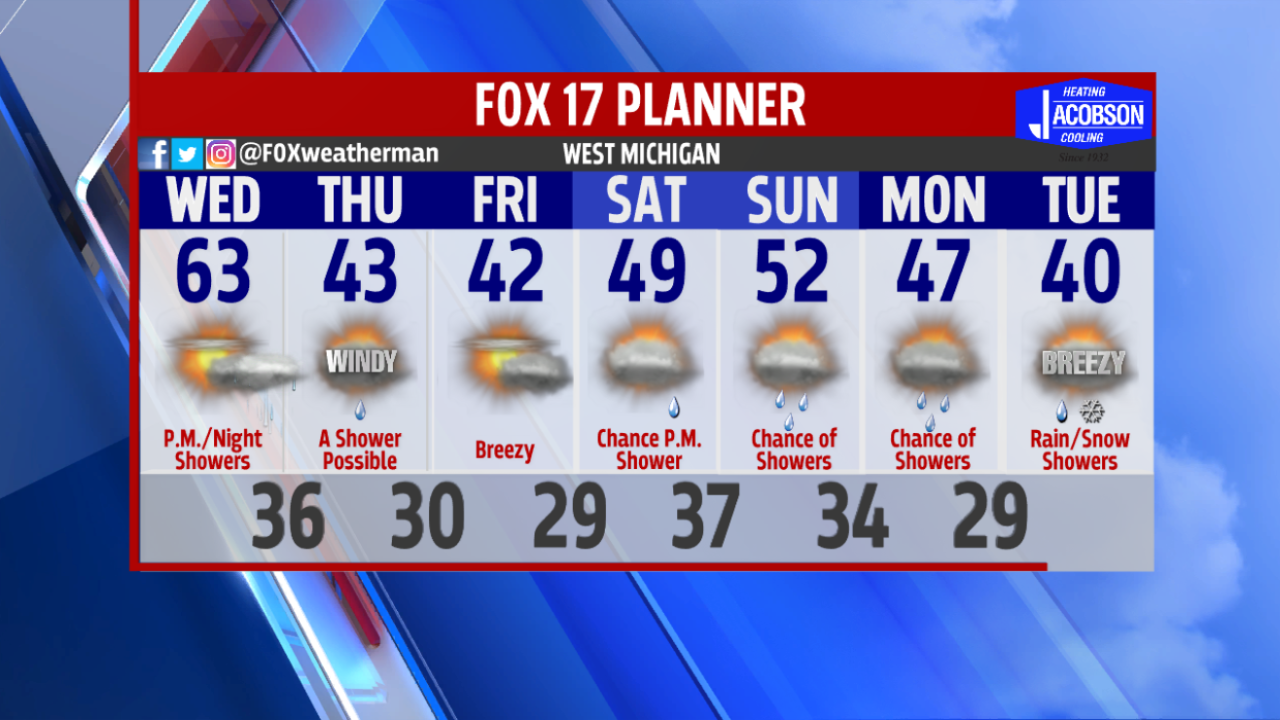 WEST MICHIGAN — The forecast from FOX 17 Chief Meteorologist Kevin Craig: All rain and thunderstorm activity exited the area by midnight. One more warm day on Wednesday is expected before we turn sharply colder Thursday. In fact, the longer rainge forecast into next week shows continued temperatures generally below normal. Mid 50s are normal/average for this time of year.

TONIGHT: After evening strong to severe storms, becoming partly cloudy overnight with areas of fog possible. Mild too. Lows in the mid/upper 40s. Winds west-northwest at 5 to 15 mph.

THURSDAY: Partly sunny, windy, and colder with an isolated P.M. shower possible. Highs only in the low/mid 40s. Winds west at 15 to 30 mph. Wind chills in the 20s and 30s most of the day.

FRIDAY: Partly cloudy to partly sunny and cool. Highs in the low 40s.