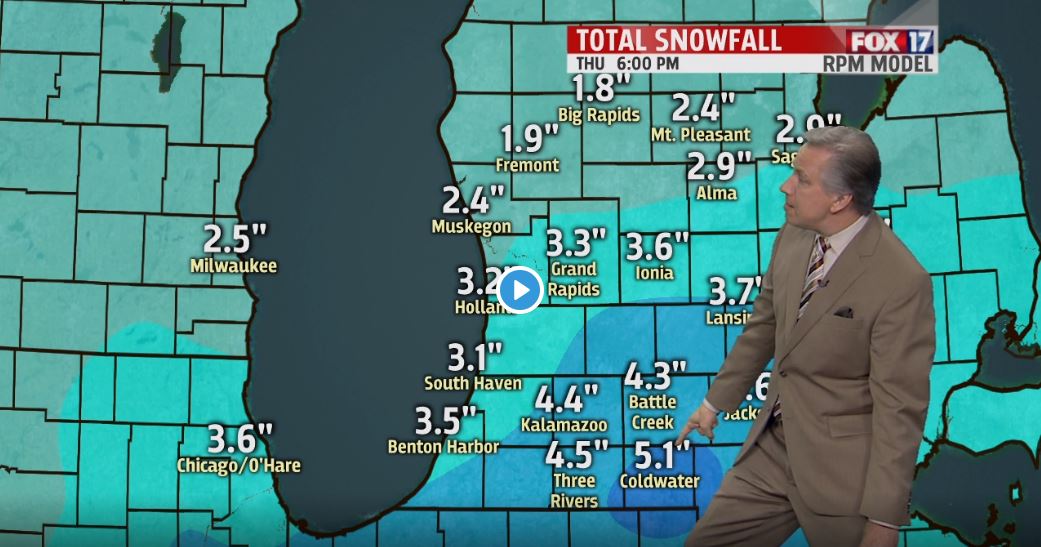 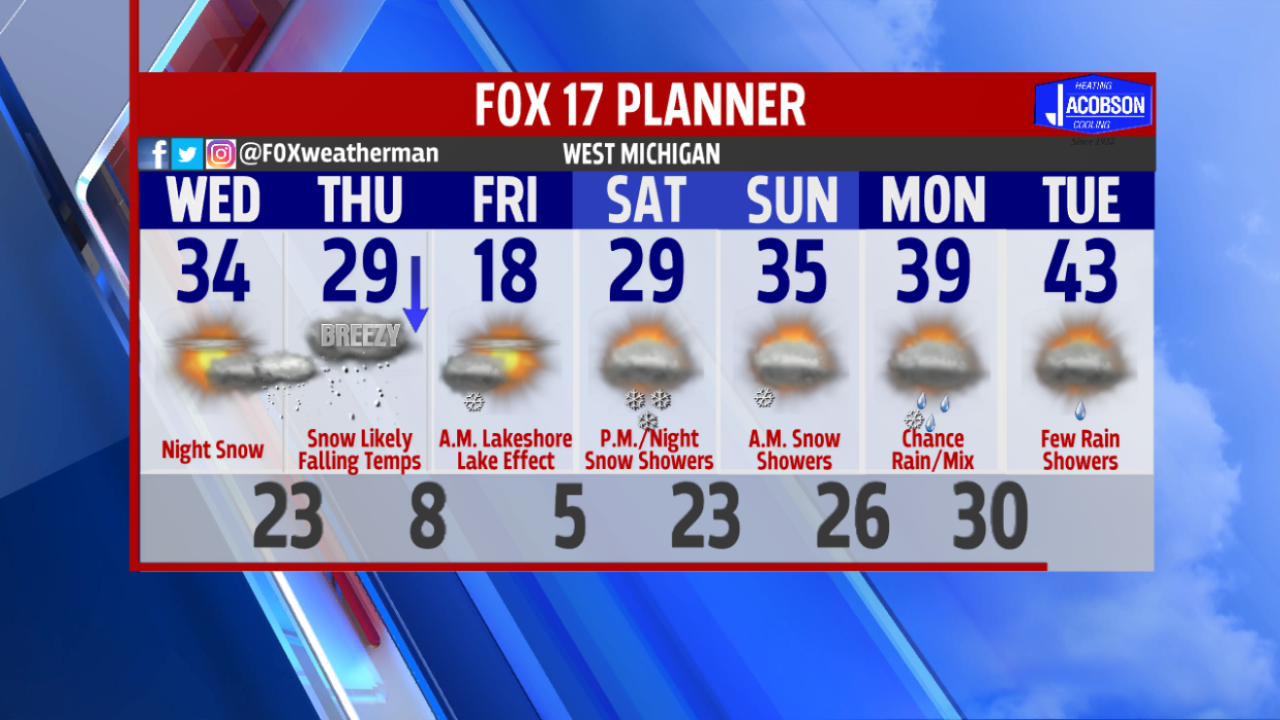 GRAND RAPIDS — The forecast from FOX 17 Chief Meteorologist Kevin Craig: Skies will partially clear overnight, and we could see some sunshine Wednesday morning. However, a clipper system approaching from the northwest during the afternoon and a stronger second system tracking up from the south will bring increasing clouds followed by snow developing Wednesday evening. Accumulations will likely be enough on Thursday to cause significant travel issues. In addition, an Arctic cold front will bring some of the coldest air of the season to the area Thursday afternoon into Friday.

TONIGHT: Becoming partly cloudy overnight. Lows in the low/mid 20s. West winds at 10 to 15 mph becoming southwest at 5 to 10 mph.

TOMORROW/WEDNESDAY: Morning sunshine followed by increasing afternoon clouds. Highs in the middle 30s. Southwest to south winds at 10 to 15 mph.

THURSDAY: Arctic air arrives! Cloudy, breezy, and cold with falling temperatures and accumulating snow. A general 2 to 5 inches of accumulation is expected at this time. Pre-sunrise highs in the upper 20s, then falling into the upper teens by late afternoon. 1" to 2" of snow likely north of Grand Rapids. About 3" around Grand Rapids and vicinity. And 4" to isolated 5" totals along/south of the I-94 corridor. Winds north/northwest at 10 to 20 mph.